This article was created using a program called vorpX, which can inject non-VR games into VR. This a program that must be purchased, and comes in at the cost of £29.99 (ex. Tax). I have used this program to play some of my favourite First Person games in VR, so thought I would check if it can make bad shooters any better.

Before becoming invested in Virtual Reality, I used to be a huge player of First Person Shooters and this sort of game was my go to genre. So, for the purpose of this article I have revisited four games that I personally thought were bad shooters – of course some people’s opinions may vary. The games I have spent a few hours revisiting are Duke Nukem: Forever, Homefront, Call of Duty: Ghosts and Sniper Ghost Warrior 3.

Also vorpX does not bring native touch, wand or Index controller support. Although these can be used they just map gamepad buttons onto the VR controllers you choose to use. For this reason I always just jump into the game using a gamepad.

I don’t think everyone would not be expecting this game used for this. Being someone of the Duke generation, I remember the painstaking fourteen years waiting for this to land. With the hype of finally getting the new game, I was personally expecting disappointment, but no where near as bad as it was.

Duke Nukem forever does allow for full geometry 3D, meaning you are getting the full 3D immersion with the game, but of course it now looks a little dated.

I started this game from the beginning, as I wanting to get the scale feeling from fighting the huge alien near the start, and after this you get shooting areas and the effects of taking some of the steroids and getting that boost effect in the game.

Firstly the vorpX profile does also bring with it full head-tracking for looking around in the game – but turning will be done with the analogue stick on the controller.

Now let’s go into the experience of playing the title in VR. For the most part it was smooth sailing when it came to the controllers and the profile within vorpX, and how it played out in the game. With the Geometry 3D profile it did control the scaling well and the alien on the football field seemed huge in size, which of course brings better immersion. When it came to the aiming in Duke Nukem I found it much easier to aim using the analogue that your head movement – as the head movement seemed a little erratic for aiming.

Then came a huge problem, when taking the steroids to boost Duke or going into Duke Vision, it was unplayable and glitchy inside of the HMD. You just could not make out the image and what was going in the HMD, as the overlays causes dual images and ghosting, so at these points I had to remove the HMD and get through them on the screen.

Unfortunately, when it came to using vorpX with the game, it just doesn’t remove the already disappointed and sour taste the game initially set in place – and even getting the full Geometry 3D offering in vorpX could not save this awful shooter.

Another shooter that had me hyped leading up to it’s release and one I could not wait to finish work and play when it was released back in 2011. This was all killed off within an hour of gameplay back then, but I liked the idea behind the game so I had to give it another chance.

As with Duke Nukem you are going to get a full Geometry 3D profile for Homefront, but you need to get this from the Cloud Profiles and install a FOV mod to get it to look correct scaling wise. This download profile will bring full head-tracking into the game as well.

One mission I could remember thinking it was great, but the game just didn’t do it justice on release was a mission outside of the mall. So, this was a part I wanted to make sure I got to play in VR and see if it could improve that missions feeling. To be honest the shooting was all still a little generic feeling, but getting this full 3D effect when aiming down the scope made a little improvement over our initial feeling of the game.

A stand out part of this profile for me was how well the Geometry 3D had been implemented and how this FOV mod improved the look and added to the immersion you feel playing it in VR. With revising the aforementioned mission and the feeling it gave you when trying to make your way through the burning phosphorus – just amplifying how well this profile performed for the game.

I was surprised at how much I was enjoying Homefront in vorpX, and that it still kept me entertained despite the shooting element still feeling generic. Personally I can see myself jumping back into Homefront and playing through it all in vorpX, and finally getting to see out the whole story – which as mentioned I thought was an interesting idea. 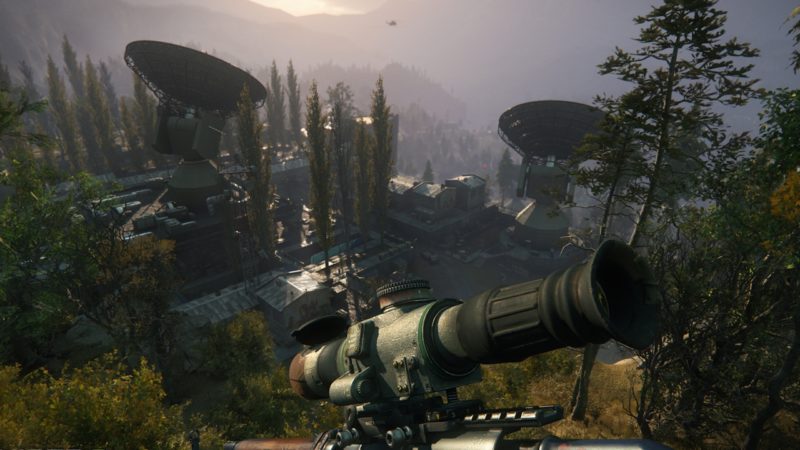 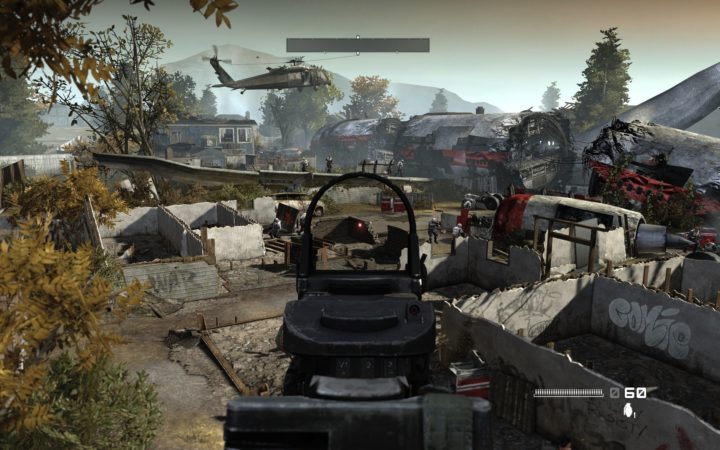 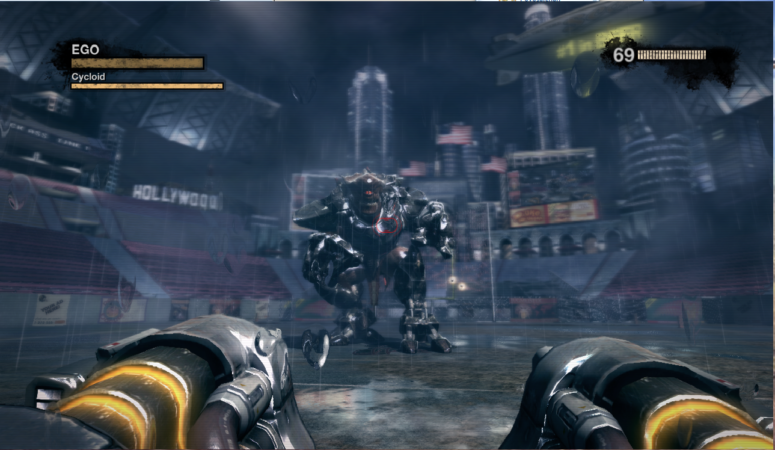 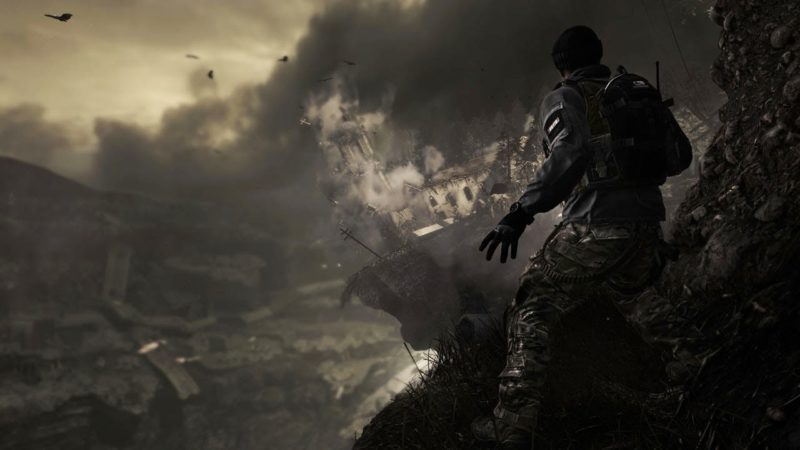 Some people might be surprised to see a Call of Duty title in this list, but for me this is where the series started to fall off, and where my interest in putting time into the game also tailed off.

Call of Duty: Ghost’s didn’t really get off to a good start, with the only profile being available in vorpX being z-Adaptive. What this means is where the game has a little bit of 3D depth – as you would when playing it on TV, it does not give you the full 3D effect you get in Virtual Reality.

I started to test this in VR from where cliff crumbles near to the church, as I wanted to more into the shooting elements that are not offered in the introduction to the game. As aforementioned the z-Adaptive sort of takes some the of VR feeling from this game, that all the other titles managed to bring.

The profile does allow for full head-tracking, so you can look around the environment using your head movements – but your turning is going to be done with the controllers. This means when you’re looking down your sights, you can use your head or controller to move the reticule about the screen and aim. When it comes to this VR I find it is a lot easier and smoother doing it with your head movement, as you are going to look where you want to aim anyway. One issue I happened to come across while playing it via vorpX was the sections controlling Riley (the dog) this was nigh on impossible, meaning it resulted in removing the HMD and playing these elements on the screen.

Personally I feel that it could have possibly made it a lot more playable if the profile was in Geometry 3D. But, as it stands I still didn’t think it was improved by the use of vorpX and won’t find myself returning to the game in VR.

This is a series I always wanted to get into, but never actually managed too. With Sniper Ghost Warrior 3 being the last entry I tried out and the one that was freshest in my memory, I thought this would be the best to try out in VR.

This is the third title in the ones tested that brings with it full Geometry 3D support, and the title that looked the most graphically impressive. As with all the games played for this article, it also has full head-tracking support.

For Sniper Ghost Warrior 3 I wanted to test it on when you were out in the open world setting, so I could try out the driving element in VR as well. When it comes to how it runs inside the HMD, it looks and handles great. The open world setting looks beautiful and you can get that feeling of just looking around it naturally. As with the all the other titles, you can again aim with your head movements or analogue, but I found myself using the analogue on this one, as it needs that little extra accuracy for the sniper. I was also pleasantly surprised at the driving elements in the game, I thought controlling the car with the one analogue might have been jarring in VR, but it was comfortable and easy to do.

Meaning, I was really impressed with how the game played in VR, and I know this will be a title I will be playing again using vorpX – and this is going to give me the chance to play a series I have always wanted to get into.

So, does VR have the ability to make a bad shooter better? From the game I tested it has been a very much mixed bag. With two of the games not improving enough to make me want to revisit them, and two being improved to a playable level – well one of them to a high standard. Meaning the answer to the question would be yes it does have the ability to, but what I can take from this little experiment is it will really all depend on the game, and how it is implemented in vorpX.