Day 3 of EGX 2017 is over, and I wasn’t sure how today was going to go and the direction it was going to go in. This was because I was meeting up with some of the team of Crave The/Your Game in person for the first time.

I knew from the queuing issue with Shadow of War yesterday, I was going to rush straight there to try to get a go (as the Crave The/Your Game crew were getting in at 11:00). So, of I rushed and the queue was actually longer than it was on Day 2 at 13:00. Meaning I never got chance to play Shadow of War – but again I could not afford over a three-hour wait to play the game.

For this reason I went to the indie section and tried out some games before my first appointment for the day. These are the couple of games I managed to fit in…

This game was on the Team 17 section of the Indie Section. The game is a first person shooter hybrid, that mixes in base building and survival. In the demo I was restricted to the ship, or at least with the time I had with it, but the game will offer full exploration options. I assigned some crew members to mining a planet, and when they returned with the material they brought some Infestations (your enemy) with them.

This is when I go to try out the FPS element of the game, and in what I played it seemed a little too weighted and slow when turning – however, this could just be the build we were playing at EGX. The game is coming to PC, PS4 and Xbox One, but a date is not know yet.

I would like to take another look at the game on it’s release before committing to buy the game, but that may not be possible.

Looking around the Indie section, this game really stood out to me due to the art style and visual look to the game. Being a fan of games that are very artistic like Journey and Child of Light to name a few, I know I had to check out the game.

You take control of a very friendly looking dragon-esc creature, The game is played from a 2D view with a 3D feel to it. The game is very colourful with an excellent use of a light colour pallet. The game has puzzling elements to it, but these are nothing to complex. I had to wake up some sleeping creatures, I did this by interacting with the object around them – this made them show certain colours (red, blue, yellow, purple). You then had to match these colours with the Z’s coming from them. You needed to do this a couple of times to wake them up. While flying around you also had to zoom to break some things in your way, but there was also other tasks like collecting some seeded to help people grow flowers and also pushing a device to grow help some vegetables to grow.

The game really does run very smoothly, and as I have said is very artistic. This really does have my interest and will making sure I keep an eye on its progress. After playing it I had a little chat with a member of the team. He advised that the game is aimed towards a younger audience hence the puzzles not being to hard in order to offer a natural progression. He also informed me with the next game from That Game Company (the team behind journey) being announced as Skye, they are in the process of renaming the game, and are even looking for suggestions.

This was the first of my two appointments made for the day. As with my decision announce in my Day 2 article, I will not delve into details about this – this will come once the interview is online with more detail about my experience with the game.

Straight from one appointment to another where I had arranged to have a look at two games within the Square Enix Collective. The two games I looked at were Battalion 1944 and Forgotten Anne. Again more information for these will come once the interviews are available and posted on my website. 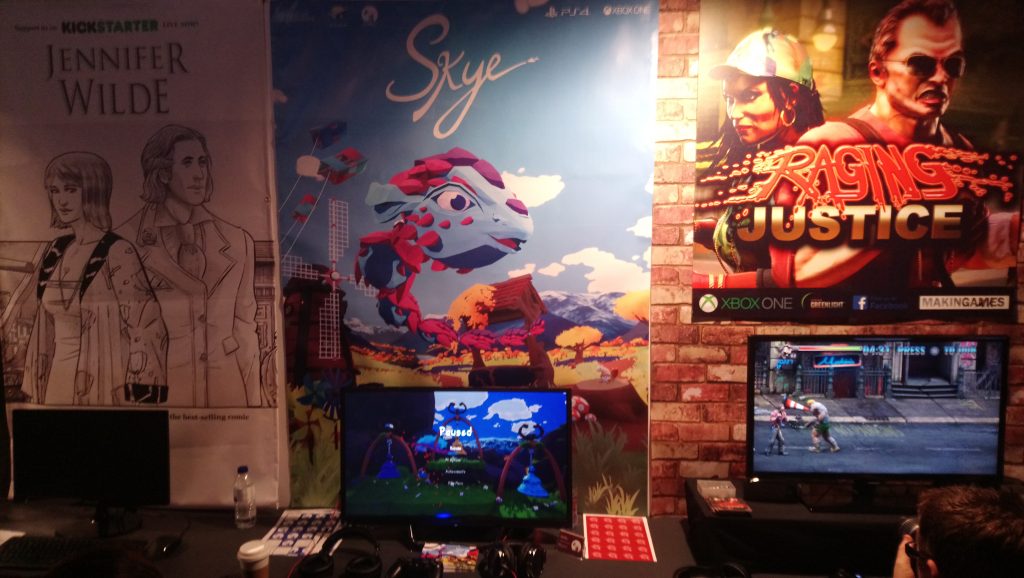 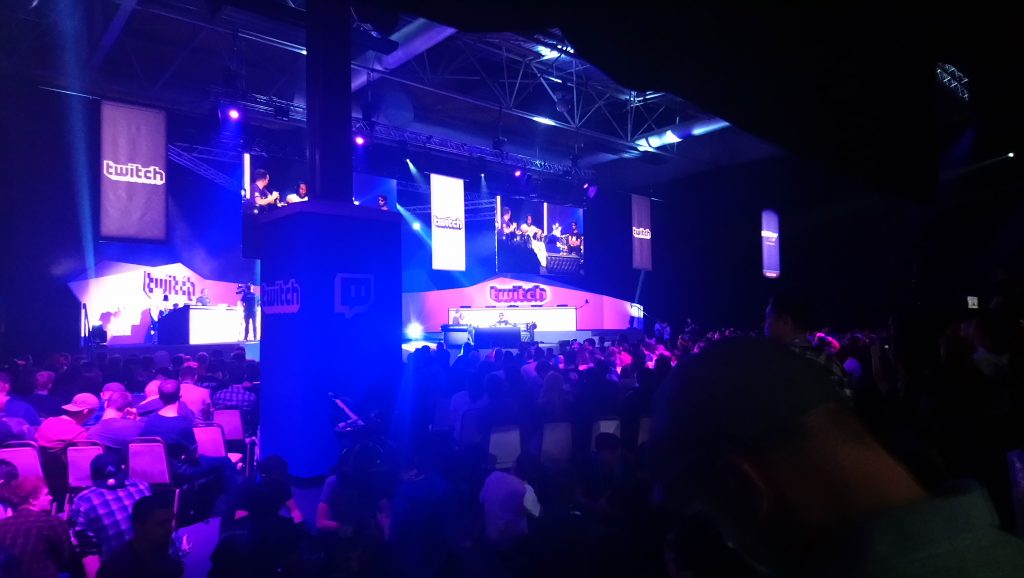 With my appointments out the way, it was time to meet up the Crave The/Your Game crew for the remainder of the day (the afternoon). In this time we were not really looking at playing many games, but more spending the time together.

So, we all got together went to get a drink and chat while we waited for the final couple to get there. From here with played some Mario Kart 8 Deluxe as we enjoyed a couple of drinks and spoke to each other.

Intel were doing a Treasure Hunt, where on completing it you were given some free stuff (poster and pen) and also entered into a raffle to win some prizes. The Treasure Hunt was all about collecting some stickers from different places across the show floor.

Was a good group exercise, even though the last two we had to get were basically where we started the hunt and we totally missed them. Resulting in load of walking that wasn’t necessary, given my legs were giving in with all the walking in the first two days. Anyway, we all had a good laugh about how daft we had been and got entered into the raffle later in the day.

After all this walking we stopped for something to eat, and drink as we planned our next move for the day. Which ended up being…

As a group we have all been loving That’s You (the first entry into the Play Link series), and the ones that play it were all in the group at EGX. Knowledge is Power is going to be the next release into the series, so naturally we had to go and play it as the group.

Knowledge is Power, as you would expect from the title is quiz type game where knowledge is key. Each person will answer the question, if more that one gets it right, the person who gets it first would score the most points (400). You are also given a power up to use, so if you want you choice of category played, you can over-ride the decision and make people play yours. This was a fun game and there was some funny answers – and we also found out GDW and Miss Wotsit were secretly Maroon 5 fans.

From the rounds we played, we all agreed that is was great again, and we will be looking at getting it once it gets released later in the year. Meaning it will likely head onto the Crave Your Game streaming schedule, as a Crave The Game game night. So, keep an eye on that coming in the future.

We ended our day be visiting the Twitch Stage, to see what was going on this stage and also wait for the raffle to be drawn from the Intel Treasure Hunt. While here we watched some on the Tekken 7 Invitational Tournament, and there was some pretty great matches witnessed before the draw. Unfortunately none of use won any prizes in the raffle – but congratulations to those who did. From here we decided to end our day at EGX and go out for some food and drink as a group.

But, even thought there was not a lot of gaming done in Day 3 it was still a great day getting to meet the Crave The/Your Game people in person, and spend some time with them.

For many years Dirt Rally has held the crown for the rally simulator for fans of the sport. However over the last few instalments WRC has been closing the gap between the franchises. The question is can Kylotonn close the close the gap even further with their new entry?

A year after Racket: NX released on PCVR, it has made it’s way over to Oculus Quest. It was well received by the PCVR community, so it only made sense it would finally make it onto it's VR tether-less cousin. We have now played this port, but does it port work well? 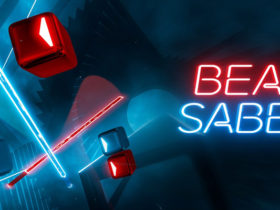 Beat Saber has built quite the cult status in the Virtual Reality community, with it’s successful launch on the PCVR platforms, followed by a great port heading to PSVR. It was then announced for the Oculus Quest and it seemed the perfect platform for the title – given it’s tether-less approach. We have finally had the chance to check out the Quest version, so, what did I think? 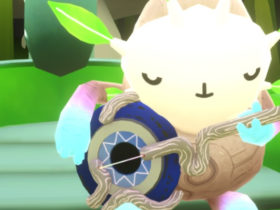 Fujii was another game we first got introduced to as part of Upload’s #E3VR event. Where we knew little about the game, the art style really had me interested. I love it when a studio takes an artistic approach to their game, and portrays a message. So, did Fujii tick all these boxes for me?