I started day three visiting the Indie Room, which was the main room I was focusing on today, with most of the games I wanted to make sure I got around to playing were left in this room. I started by visiting…

In Embr you got to play as a first responder, and the game brought with it different classes. Each having it’s own responsibility in the blaze, and being that role in this fire (un)simulator as the team put it.

In my playthrough I went with being the Hero class, this meant it was my job to get in the buildings and save the people captured inside. So I just need to ignore the flames, break in the doors and get the civilians out of the building and to the safety drop off location.

To do this I had an axe, ladder and a nifty scanning device that showed me the locations of the people. In the playthrough I saved about three of the seven and then took damage from an explosion, at this point I was recommended to get out of the building by the dev. The reason being I had enough in the safety zone to take home some pay from the job, and if I took much more damage and died I would fail. At this point I took that advice.

I played this in single player environment, but the game is going to come with co-op, and I see it be great working as a team in the cartoon fire responder game. It would be awesome getting some VR support in it also, although at this time I don’t think that is planned in any way.

After this I decided to go and check out another of the VR experiences at the event. So I headed to the Unreal game and played…

I noticed this while looking around on the first day and wanted to check it out. So I made sure to get over to this early on the third day. This was a great experience and one where you got to see the see the whole thing. You can find out what I thought about the experience and also watch a whole playthrough of what I experienced here.

After this it was time to head back to the Indie room and get the final things I wanted to try. This started with a visit to…

This one caught my eye because if gave me that feeling of Subnautica when I walked by someone playing it, so I wanted to take the chance to get to play some. One other thing that caught my eye was the involvement of BBC and it being based/inspired by Blue Planet.

When waiting for a go and speaking to a member of the team I said it looked like the movement of the diver and sea creatures was outstanding, to which he informed me the lead animator loves to work on animating sea-life. Then when I actually got my hands-on with the game, this was clearly evident as the animation of the game seemed totally outstanding with you immersed in the world with the strong use of audio. Then to go with the this the whole underwater environments were so detailed it was hard not to get lost in what you were playing.

In the demo you got to learn about the scanning system/buoy to track the animals, and then to swim to these highlighted areas. In the areas you would be given tasks to either interact with parts of the world or scan the sea-life in the area. This gave you some great facts about the animals while doing this.

I did after playing it question the developer on whether VR support would be considered, however this does not look like it will be coming. The developer informed that they looked at a possible VR mode in-game, but they would have wanted the bobbing caused by the water in this mode, to keep it’s realism and unfortunately this made members of the team feel a sick. I am hoping this is something they will revisit once the game is released, as the underwater world detailing and atmosphere would be great in VR. However, the game is made using Unity, so if you have vorpX the is a possibly of getting it to work that way, but, you would have to play in 3rd Person, as there is no first person mode.

Lastly when speaking to the developer I had to ask about any involvement with Sir David Attenborough. They said unfortunately he has not had any involvement in the game, but he is aware of the project.

This was a 360 VR experience which was a final University project, which Maitry had taken with her to the event. I was interesting in checking this out with that in mind. You can find my full opinions of this here.

After playing this it was time to go and meet with Gamertag VR and ReckonerVR for some drinks and good talk about VR, a perfect way to end the event. It’s great meeting up with fellow VR content creators/influencers to discuss a topic we are all passionate about.

There was one VR element at the event that has not been covered in my days at the event, and that was Project Cars with the full force feedback racing set-up from the Porsche room. Although it was great seeing this at the event, I never had a go because I have done this before at previous events.

But, now it’s time to get excited for visiting EGX at the Excel in October. 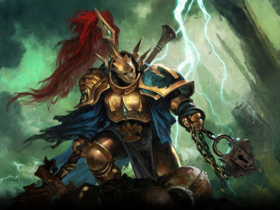 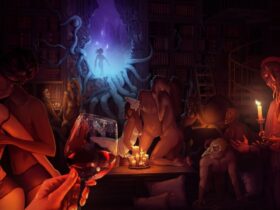