The VR Realm reviewed the PC version of the Bus Simulator on the games release, and enjoyed what we played – including getting VR implemented via vorpX. When I realised the console version would be playable at Rezzed, I knew I would have to check the port out. The version I got to try was on the PlayStation 4.

Firstly I must say the game has been very well optimised for the console release, and I could see some subtle changes about the town and the obstacles in your way, and everything seemed to be running smoothly with no issues. Apart from the few changes it played exactly the same as the PC version, as there is not much you can do with the premise of the simulation to make it any different. In the journey I played I decided to take a detour to get a better look at the city and the more rural areas… where this made me late on times it gave me chance to check more of the city out.

When it came to the controls they were well mapped for the PlayStation controller and made everything easily accessible. Meaning you could concentrate on the roads, without the fear of crashing and loosing money.

At the end of my route I took the time to speak to a member of the development team, and let them know my thoughts on the port and my opinions on the PC version. In this conversation I mentioned getting it running in VR via vorpX, and the developer told me this was included with the game just purely down to the size of the team working on the game. But, it was great to hear that the thought of doing this at least crossed the team mind… I am keeping my fingers crossed it might come as a future update.

The plan when visiting Spillage Games was to try out the game and then have an interview with Alex from the team. Where the interview happened unfortunately I had an error with the audio element of the recording, and I never had the time to get a second recording done. But, it was great getting to speak to Alex and check out the game – you can find my full impressions here.

When waiting in queue for the NYC Bungee on a day one, a member of the Application Systems team approached me about taking a look at their VR game (not at Rezzed) and also pointed me in the direction of their stand. So, I headed there on day two, and really liked the look of this game.

The game is a point and click adventure puzzle game, which are not my favourite genre of games, the idea of having dual character control and puzzles made me want to give this a try. The game is about Luna who is trying to bring the light and balance back to the world.

Another part the enticed me to this title was the beautiful art style the game uses, offering a picture book style in motion. From the worlds to the character style it was all so well designed, and ticked the artistic boxes for me. Another thing that I always like to mention when it happens, is it seems the story is being told without a spoken word, highlighting how impressive the art is – as you can take the feelings from the characters expressions.

This is a game I will be keeping an eye on, and possibly picking up to play in my own time. Also, keep an eye on some coverage of the aforementioned VR title on The VR Realm.

What attracted me to try out Amygdala when looking around on day one was after watching someone playing it, it brought back the memories of old school dungeon crawlers. So, I made sure to head over and check it out on day two of the event.

After speaking to a member of the team, they informed me that the game version with them was a very early build and there is still a lot of work to go into it. But, they had taken inspiration from games like Doom and Wallenstein. Where I could see that in the games visual design, the gameplay was certainly different – but not in a bad way.

This really did give the old school dungeon crawler feeling from the movement, as you were moving by a more grid-based style. This then included puzzles that were in the same ilk, as it was more about finding levers to pull or turn in order to the areas you needed to get to.

Then when it came to the combat and taking on the enemies, this took more of an RPG approach, but brought with it the same old school feel. This was done by doing it turn and stacked based, which was great to see as I love that sort of battle system.

From what I played I see the game being more to the taste of older gamers, with great memories being brought back from the earlier days of gaming.

It was interesting to see that Rebellion has decided to take Remastered version of the game to the expo, with it coming out across all platforms including the Switch. I decided to take a look at PC’s remaster of the game, as if I get it this would be my platform of choice.

In the demo you got play the mission where you work your way through the streets, with the final set-piece being planting bombs and sniping them in order to make your target flee their vehicle. Which is a mission I loved in the game, and with playing it on the console originally it gave me chance to see how the PC counterpart handled with keyboard and mouse.

The PC version looked outstanding, with the visuals seeming very up to date with current titles available on the platform, and wow the accuracy in the game with keyboard and mouse is outstanding for those x-ray vision shots.

Now, something new is the option to use a female lead in the game, at first I just chose to get on and thought I can’t remember the lead having longhair. But, as I took damage I realised this was a female lead. Where it’s great to see them offering this, one issue I found was when cutting to the cut-scenes it was still the male lead in the them. However, this could just be because it was a demo build – well I hope it was, and that these will be remade with the female character.

But, overall it seems like the team are brining a very solid remaster of the second instalment of the game. 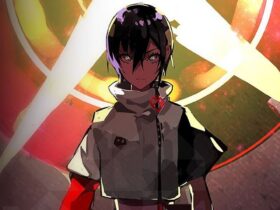 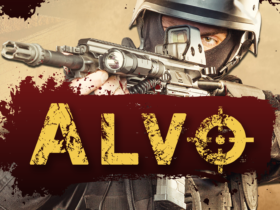 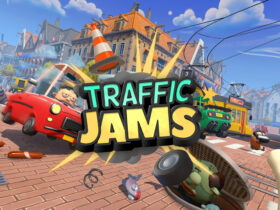 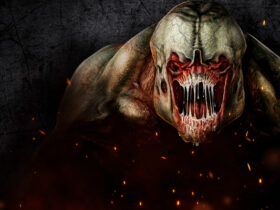