A new medical VR has launched called LIFE, which is using the HTC Vive Focus Plus to show how mobile and VR technology can be used to train doctors and nurses. Using this technology will allow for high-quality, low-cost simulation type training for low-income countries.

Life-saving Instruction for Emergences (LIFE), is a virtual reality medical training platform that has been by developed doctors, nurses and researchers at the KEMRI-Wellcome Trust Research Programme (KWTRP) in Kenya and Oxford University with support from HTC.

LIFE allows healthcare workers to enter a realistic 3D virtual hospital on their own smartphones or using a virtual reality headset, such as the HTC Vive. Using the app, they can practice life-saving skills on virtual patients so that they are ready to act quickly and effectively in a real emergency. In low-resource settings such as Kenya, access to simulation training can be difficult and expensive so using VR for training could enable more healthcare workers to receive the high-quality training they need to save lives.

The LIFE project was selected as a grant recipient of the “VR for Impact” initiative, sponsored by HTC VIVE, at the World Economic Forum in Davos. The momentum from the support has enabled the LIFE team to create a new VR version of the LIFE app that runs on the ENGAGE platform, a virtual reality education platform developed by Immersive VR Education, and uses the new HTC VIVE Focus Plus headset. 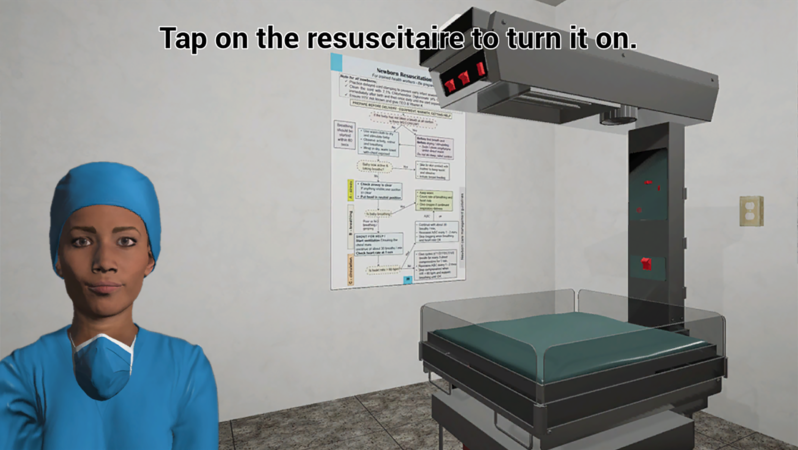 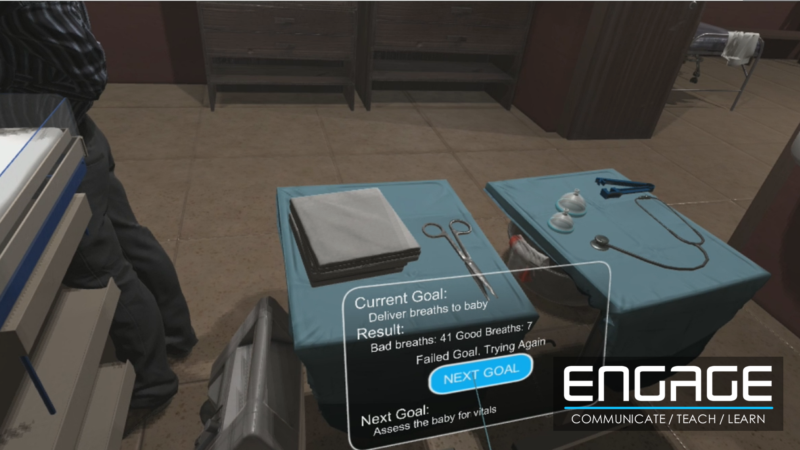 On LIFE, Conrad Wanyama, a nurse from the KWTRP involved with the project and speaking at COINN, said;

“We took a human-centred design approach to developing LIFE. We worked closely with nurses and doctors who have to deal with these types of emergencies and allowed them to test lots of early versions of the app.”

“The nurses who tried out the system really appreciated how realistic the experience was. They could enter a 3D virtual hospital and practice resuscitating a newborn baby who was not breathing and carry out the steps needed to save her life.”

Dr Chris Paton, the lead researcher for LIFE from the University of Oxford, commented;

“The rapid adoption of smartphones by thousands of healthcare workers across Africa means that they now have the chance to access training that would have been too expensive to access using traditional face-to-face courses. By using immersive VR simulation training in combination with a personal smartphone app, the LIFE project has the potential to support healthcare worker training at scale.”

“Through VR for Impact, we’re supporting developers who harness the immersive capabilities of VR to create positive change in line with the UN’s Sustainable Development Goals. The Life project is the next evolution in medical training in Africa and a perfect example of how VR can enact real change with tangible results in our communities worldwide.”

The VR version of LIFE has now been launched, and follows the launch of the smartphone version in April. The LIFE smartphone app is now being rolled out across Kenya through partnerships with medical and nursing schools and professional organisations such as the Kenya Paediatric Association. The platform has been extensively tested in beta, with thousands of healthcare workers already using the app on their smartphones.