After watching a few people play Mace and Grace I was interested in trying the game. I have now had the chance to check it out, so, what did I think of it?

In Mace and Grace you are placed into a fantasy world, with the goal of protecting your kingdom and most importantly your girl. As the rival majesty sends their army to try and take them both. You now just have to stand your ground as this giant behemoth and stop them achieving that goal.

As mentioned you are a lot bigger than these members of the rival army, so you are going to be swatting them away with a range of weapons – this is where the gameplay comes in.

The members of this army will flying at you from all directions, and at the moment in this early access stage you have your bare hands, maces, axes, clubs, spears and cross bows to get creative with. Where you might think this sounds it will get a little repetitive the team at PlatformaVR have provided three different games modes.

The first mode is called Rage, in this mode you have clubs and a timer before the opposing Prince turns up, and the idea is smash away the army attacking your castle with your clubs to rack up score. In these waves you will also get two that come at the same time, so the idea is hit these at the same time and build your rage, this will give you a multiplier for your score. So, keep this rage going to achieve that leaderboard position… oh and make sure to dodge those bombs at the same time.

The second mode is Survival, as you get from the title the idea is to survive as long as you can and build up your score. In this mode you start with gauntlets to fend off the attackers. But, timed power-ups do give you the weapons mentioned previously – with my personal favourite being the spears. As well as these weapons you can also let off some nocuous gas to take out the ones on the floor and collect a slow-mo power-up. The way you end this is by either losing the three lives by missing the enemies flying at you or the instant death of letting a bomb hit you.

The final mode named Gore mixes things up a little and you will catching the enemies and dismembering them. This allows you to pull of heads, arms and legs, and you are given score for each part you remove. Then you can score extra by throwing what is left of the carcass of the last enemy at ones marked with a target. The idea of this is get those quick dismemberment’s in as they come at you with some pace. As with Rage this is a timed mode, so rack up that score as quick as you can.

Those are game modes and what you can expect from the gameplay. The mix of modes keeps it fresh enough, but it will be interesting to see if more come over the rest of the games development. 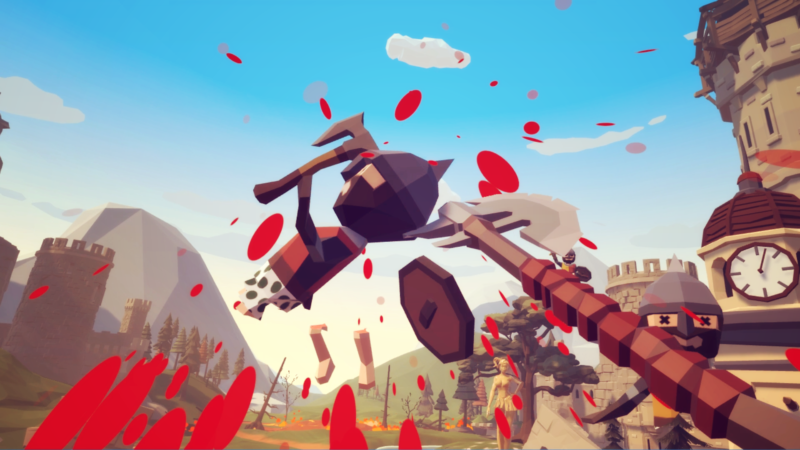 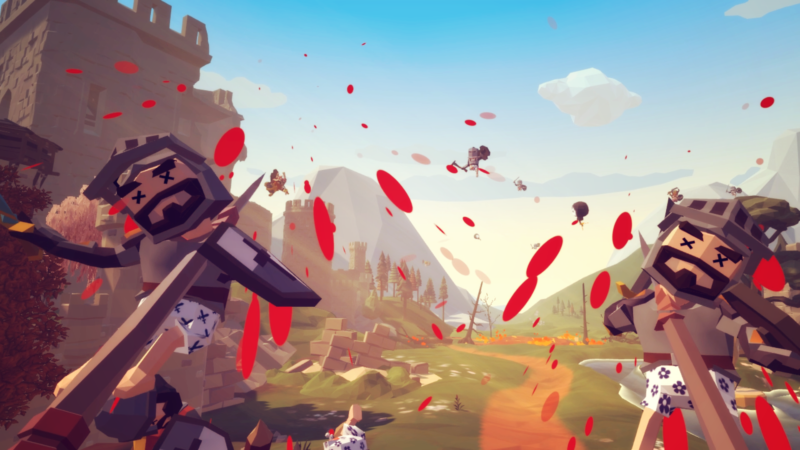 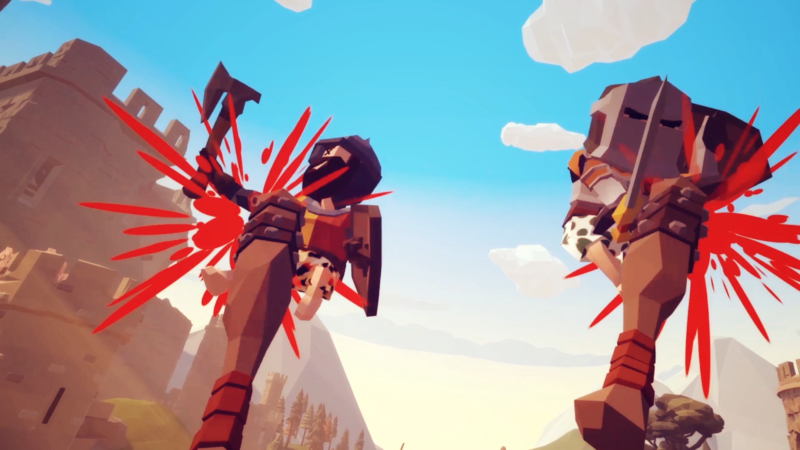 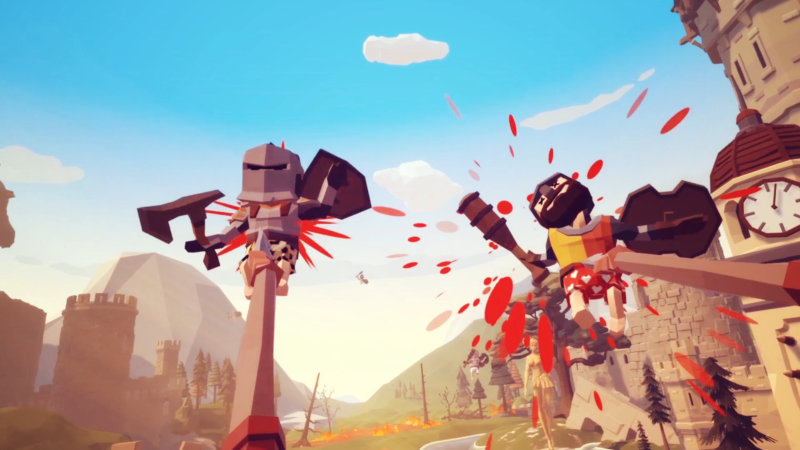 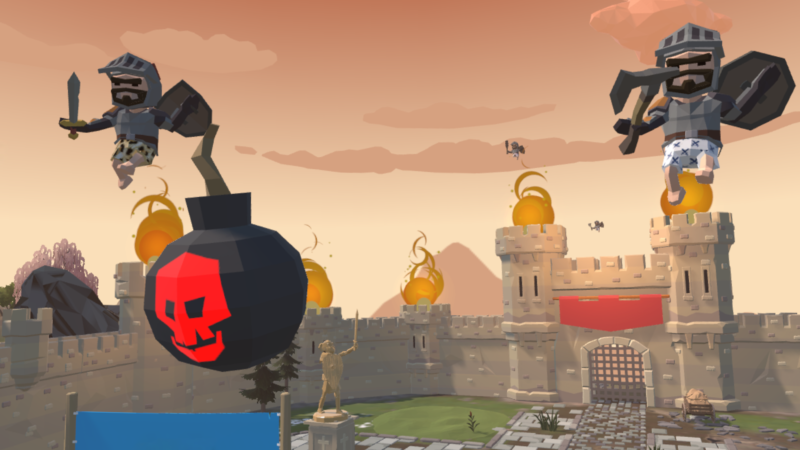 With the idea of what the game is doing and the fantasy setting, I think the team took the correct approach with the visual presentation by making it cartoony. This has allowed for them to give this over the top fun to the violence in the game. The two environments you get to play in are well designed to have you immersed in the fantasy world. But, I am not sure why the enemy knights seem to be lacking their trousers, not that this is a bad thing – just a questionable choice of design.

When it comes to the audio, you get the background music of war drums to set the tone of the battles. They then add onto this the comical noises of the enemies flying through the air and their pain when met with your current weapon. Also around the fantasy land is water and some spikes, so you get the noises of them hitting the spikes with a nice squelching noise, and the sounds of the bubbles as they drown in the water.

The game is played using the two tracked motion controllers, with each one representing the corresponding hand in game. For Rage and Survival you do not use any buttons it’s all just about your hands tracking, and in Gore, you will be using the trigger to catch and grip the parts your ripping off. The game can be played seated, standing and using room-scale, but I only tried the game standing as for me this is going to be best way to play the game.

When it comes to longevity, this might all depend on what is added over the games development to full release. At the moment the three game modes are fun to play, but more on a case of when you just want a quick game of something, with the only prolonging factor being the leaderboards if that is your thing. But, the games price point of £7.19 (GPB) makes it priced reasonably for those small gaming sessions.

Mace and Grace is a game that will suit being played in small sessions, when you may be just want to let of some steam. But, the core of what is available in the early access stage gives me some hope that this could progress into something decent. One thing I have also found playing Mace and Grace is the punching, arms movements and dodging means the game can feel like a bit of workout. So it is worth looking at if you want to expand your library of games to give you some exercise as well. Time will only tell as the game develops on what will become of this title, but the early signs are positive ones.