When I first heard a game coming out under the moniker of Mosh Pit Simulator, it called back to my youth. Meaning I could not wait the see what the game was actually doing… and it was not what I expected at all. So, what does the game actually bring?

You might be surprised to find out the game comes with a story mode – and it is one hell of a weird one at that. The idea is to escape a city and away from boneless humans that are all over it, but I really do not want to give much about what you are going to experience, as it is a trip you need to take yourself. You need to see it with your own eyes to believe it, and you won’t fully understand what you have witnessed for a long time after finishing it… but in a good way.

The gameplay is all just about punching, throwing, climbing and creating anything possible by connecting items together. This is the idea across all of the modes, it is all just about having fun and not taking what you are doing seriously… it’s clear the game was not made to be taken seriously. Think of something like Goat Simulator but with boneless naked humans and boneless animals and you have the idea.

The games come with the aforementioned story mode and a sandbox mode, with the later offering standard or beast mode. The difference being that you can climb in beast mode on any surface. With this being in Early Access the developer also hints that other things with be made available in updates… I really am interested in where he is going to take this game. 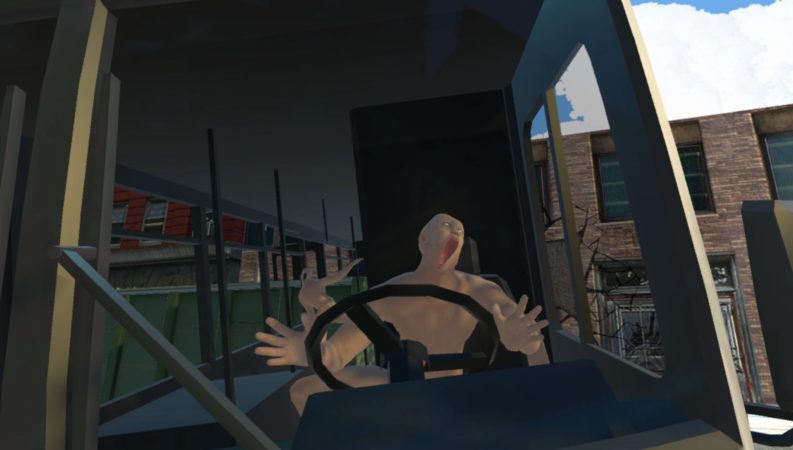 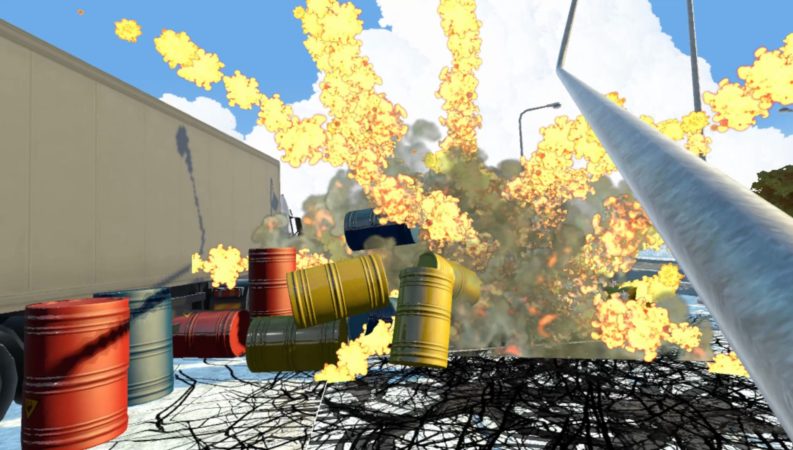 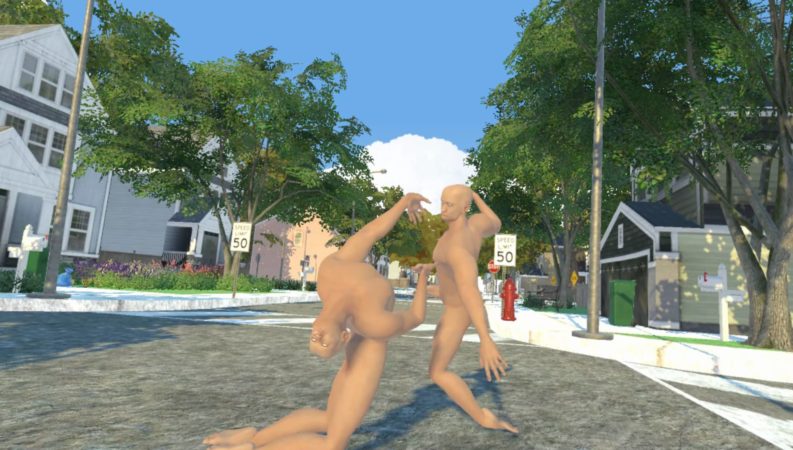 When it comes to the presentation don’t be expecting to be blown away, this is a game made by a single developer. However, they do the job of what the game is doing and keeps with the charm of weirdness of the game. I think a mix of how bizarre it all is and it being overly detailed would not work. The audio made me laugh so much, the way the mumbles of the boneless people creates the musical score was genius, especially in the helicopter… this is then topped by the songs in the credits.

As with the gameplay you have to take the presentation for what it is, and you can really appreciate what the game is doing.

The game can be played either seated on standing, but I think the game was best playing standing. The game uses the tracked motion controllers, and as you would expect each controller will represent the corresponding hand in the game. You can use free movement or teleport movement or a bit of both. Other than this you are making a fist to punch or grabbing items, animals or people.

The story mode is going to take you around thirty to forty-five minutes to complete, but as you launch it the developer explains on the TV that is was made for a one sitting play-through. You can then either take the complete bizarreness of the story in again or have fun creating and causing havoc in either of the standard or beast mode sandbox areas.

I thought it would be a long time before a game left me bewildered at what I had just experienced like Accounting did – but then we got this. With a crazy story, crazy ideas, crazy gameplay mechanics and animations, you will wonder what sort of bizarre creation your playing – but all of this in a good way. I am very interested in seeing exactly what new features will be coming in future updates and also looking forward to playing them. If you want something that is just mindless fun and not to be taken seriously, certainly consider this game.