Military based shooters are one genre that seems to transfer well into the VR medium. But, as more and more enter the battlefield developers need to pull off something special to stand out – especially with the popularity of games like Onward, Pavlov and Contractors. Can Special Force VR manage to compete with these titles, or is it going to be just another causality of war?

I think an important place to start this hands-on is by saying we planned to bring this hands-on as the game was launched in early access. However, on initial launch we found it so terrible, we were not going to be able to give it enough time to pass judgement – but now it has received a number of updates, we decided to give it another chance.

One thing you need to know about Special Force VR: Infinity War, is the games primary focus is multiplayer, and does not come with a story. Which as we all know in the VR space is always a risk, unless you are 100% sure you title is going to offer players something new. However, the team have included a bot mode, but this does not really give the same thrill of playing against other gamers on the virtual battlegrounds.

Now this is where the main issue comes, in our time playing the game for this hands-on and multiple attempts at different times on different days we didn’t really run into many others online. Luckily you can start your lobbies with the AI bots taking the spaces, so we were not just playing a lobby simulator. But, as we mentioned you are not going to find many other players, with the most we managed was another two players joining the battle. So, really this is games most integral element being under-populated, means it leaves it all down to the bots.

Which then comes the second issue, playing the bots just doesn’t give you the sense of being fulfilled by the title – where the aforementioned shooters are going to give you that fulfilment. What was interesting idea was to see is that the team decided not to include a difficulty level for the bots (or at least we couldn’t find one). Meaning that the AI will not be going easy on you, with this is may be suggesting they wanted to give you a challenge in case the servers weren’t busy. Although this seems like a great idea, you sort of get a shock when trying to learn the games controls and could become very frustrating as you die over and over. Where if you could play them on an easier setting to learn to ropes, players might look to increase this over time, giving the single player a bit more longevity.

At this stage of development, the game does come with four maps, all based around different settings, which is a good start. But, what impressed us the most is the team already have three game modes included that you can play online or with bots in Deathmatch, Team Deathmatch and Demolition. It is just a shame we never got the chance to try them out with player filled lobbies.

This is the first element that stopped us being able to offer earlier coverage, as the handling of the weapons was dreadful, and the scoping mechanic very immersion breaking. However, since then to now you can see a massive improvement even if still not perfect – again something other VR shooters have perfected.

Where each weapon class in the game all have strengths and weaknesses, each weapon in each class seem to handle the same, so if you’re using the M4AI or F1 for example you feel no difference in how they handle. Which for us is may be down the games very erratic recoil system, which sees little difference if firing the gun with or without the additional grip from the other hand.

The main issue with the weapon handling in our opinion, was the need to learn that the hit-markers can be off – and in some cases this required shooting ahead of the bot like it was moving although they may be stationary at that point.

The final issues we found with the weapons, was although there is a decent choice across the classes in the game, the customisation does not exist – a vital element in these military shooters. Then for a fan of assault rifles, you do not have the ability to change the fire rate of your weapon – which just highlights the game erratic recoil, especially in long ranged battles. 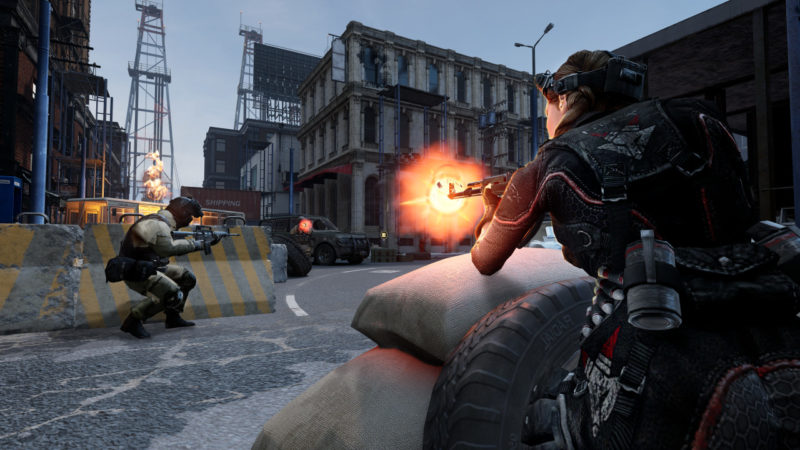 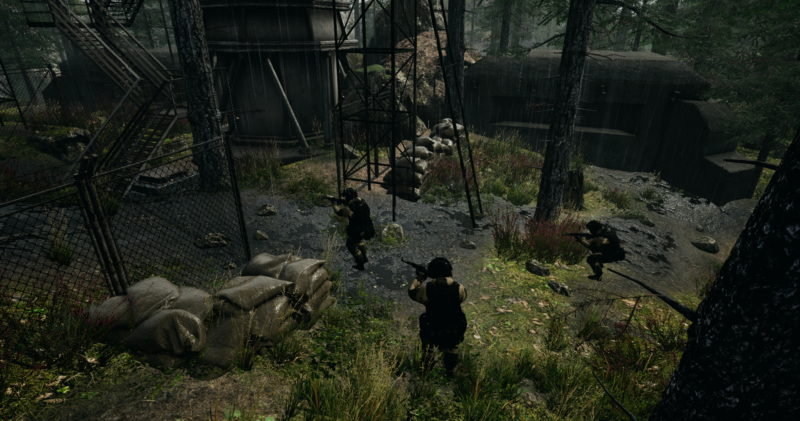 When it comes to the looks of the game, the team have not done a bad job with the visuals and styling of each location. With the overall quality of the visuals matching the pre-updated Onward. Which will do a solid job of keeping you immersed in each of the maps settings.

But, they then commit a big cardinal-sin when it comes to shooters in VR, by giving you a bullet counter coming from your gun, breaking some of the immersion you want in these sort of titles. Hopefully they will bring in the option to remove this, as they have already removed the round timer element being ever-present in the headset since it was originally released.

When it comes to the audio in the game, we can not really have any complaints. The team have done what you can with sound in a military shooter and kept the immersion by not overlaying music and just letting the noise of battle ring around the maps.

Another element that put us off the title on release, was this missing reloading mechanic we have all become used to in VR shooters, with the deciding everything will be done automatically. Now you can do all the reloading manually, however, the team have made this an optional choice, if you don’t like that system. However, they have assigned weapon swapping to face buttons on the controllers, which for me breaks the immersion – I have not idea why they have not gone with mounting and grabbing guns manually.

Outside of the now improved reloading mechanic being in place, they have made some odd choices in the control scheme. I think when it comes to shooters they need fluid movement as teleporting just doesn’t work as a mechanic, and they have ‘some’ fluid movement. What I mean by that, is the game has free locomotion for moving, but they for some reason only allows snap turning – we searched for the option for smooth turning and it’s just none existent. Meaning if you are on the CV.1 with only front facing sensors, you have to use snap turning or lose you tracking moving manually.

Of course with the game really needing free locomotion the team have taken into account that some people might not be able to handle this, and give the option of vignette, but this is really heavily implemented and can not be reduced.

Special Force VR|: Infinity War has made some great improvements, since we originally found it unplayable – with the improvements coming in the right places to start with. But, it is still some way from a perfect product and needs a lot more work to compete with the already established big three in this genre and to build the much-needed player base. This will not be an easy task in the current state, which could spell an early end for the title.