When first seeing Z-Race information and trailers, we were thinking we are finally getting a Wipeout game for PCVR. We have now spent some time tearing around the tracks in the ships, so what are our initial thoughts?

As previously mentioned we thought we were getting Wipeout for PC, and where it gives off those vibes with the design of the game, the team have taken a slightly different approach.

The way they have done this is rather being in the vehicles cockpit, they have made the ship in a third-person view and it’s like a model in your hand. This makes for an interesting racing mechanic and experience. Then rather than the races taking place on a track, they are done in narrow tunnels for the most part.

These tunnels have a number of obstacles and hazards in them that will slow you down if you hit them, and these can become tricky to navigate through using your ship and trying to dodge these using your hand. But, when you do make your way through them successfully it gives you that sense of achievement – especially on the tracks that are totally littered with them.

Also in these tunnels you will be get the chance to collect turbos and money along the way. This money will then be boosted by your position in the race, with this you will be able to upgrade your favourite ship for future races and to help give you an edge.

At the moment the game comes with an asynchronous race mode, that will pit you against other users that have completed the track previously, Although, the game does have full player on player mode planned in 2021, as the game goes through its development in early access.

All the tracks and ships are well designed and have high-quality textures, and look great in the third-person view. One thing we really liked about the design of the game, is the team have worked close with the VR community and your vehicles will in include logos and designs for some fantastic members of the community.

The solid work on the presentation is than carried over with the sound design, with the ships sounding great, a pumping soundtrack and also including the voice over work from the community members the ship is designed on. With our only gripe with this was not having Gamertag calling us a ‘gezzer’ when crashing his ship. 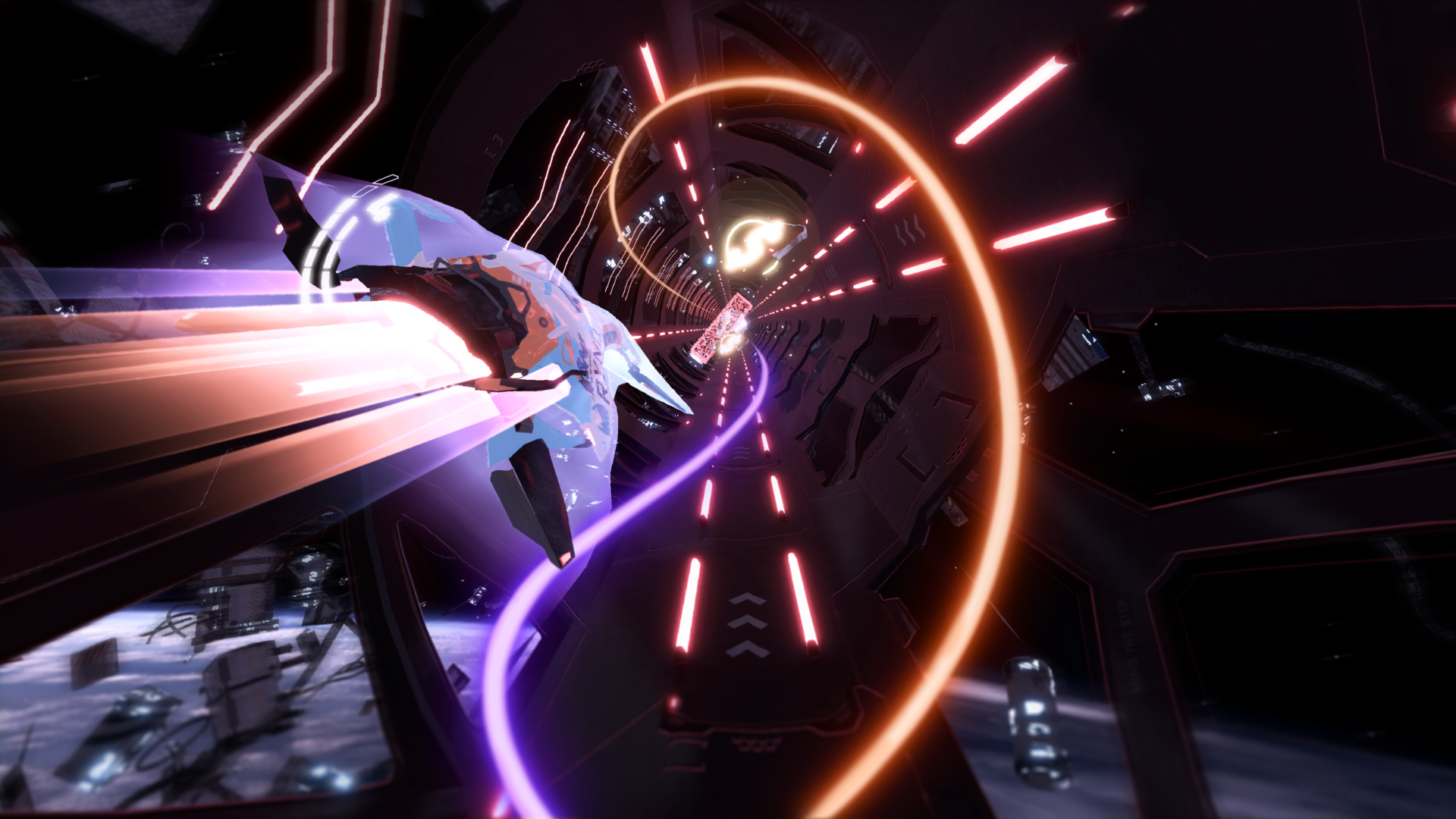 The game can be played both seated and standing, but neither will give you an advantage on how the game works, so we spent most of the time seated when playing it. When it comes to motion sickness, this could be a tricky one for some to handle, as although you are in third-person the game can still move at some pace.

In order to unlock all the vehicles and tracks, it took around two hours. In order to do this, you will have to place on all of the tracks and upgrade one vehicle in each class fully.  However, if you plan on updating every ship available this will add many more hours to the game. With PvP coming later in the year, this could be where the games longevity excels.

From our time with Z-Race we can say the team have done a great job with the game so far. With the asynchronous mode being a good starting point, however, we feel it will excel in PvP races that are planned. With the team also getting involved with some of the VR community offering that nice little touch, and is nice to see… hopefully we might involved with that in the future. It will certainly be interesting to see how this game develops and if some other touches are added, like may be a cockpit mode for those who want to experience this way, as it goes through early access. But, at the moment we have some high hopes for the game.