The PlayStation VR has now been available for three years, and it seems time has flown since its release. I can’t believe I started this trip in Virtual Reality three years ago. My first impressions of the PlayStation VR, I came to the conclusion it was killer hardware, just missing killer applications, so, what has changed over this three years?

How It All Started

I can remember when PlayStation VR was first announced under this name at E3 2015 and no longer hidden behind the moniker of Project Morpheus. On this announcement at that point I said to myself that I was not buying into Virtual Reality, given the stings of buying straight into Kinect and PlayStation Move. But, as someone who likes to try the newer technology as it’s released, I ended up buying one on the release date.

Of course on this day the excitement for trying out this tech took hold, and as soon as I finished work I headed to Argos to collect it and could not wait to get it hooked up to see what it does. At this point I had only purchased Until Dawn: Rush of Blood, and had the demo disk it came with.

For that first initial taste I decided to delve into the demo disk, and get an idea of what games I was going to be purchasing over the coming days. With my first ever taste of VR being the Ocean Decent from PlayStation Worlds, and that feeling of knowing VR was going to grip me from the Thumper demo. 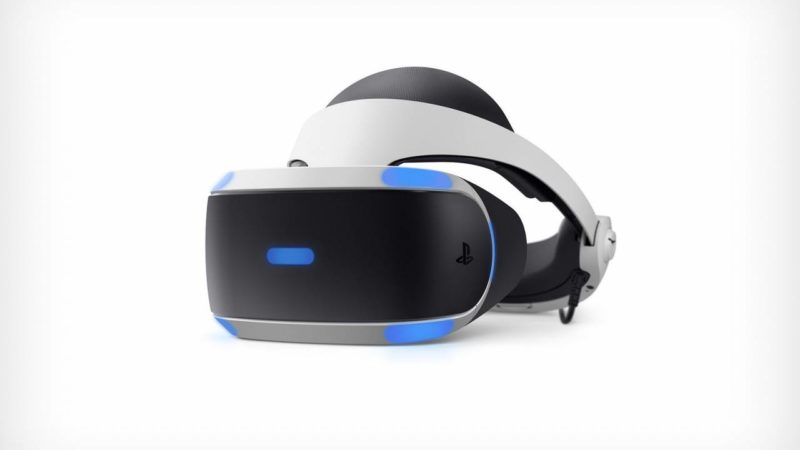 Since its release we have seen a new model of the PlayStation VR, but I am still using the original model I got on day one – which to be honest is starting to show some ware especially on the padding. But, after three years of use, this is something you should come to expect.

One thing I still find when putting on the PlayStation VR to this date, is the comfort of the headset, caused by the halo head-strap and great weight distribution. It shows Sony got this head-strap design right as other HMD’s have now started to use this, and it’s becoming the industry standard. Until recently I still found this was the most comfortable HMD to wear – only recently dethroned by the Vavle Index.

With using PCVR as may daily driver now, I do notice some of the limitations that come with the PSVR, but this is down to the hardware used for it, rather than the device itself.

Firstly, when playing PSVR versions of the games I have experienced on PC, you can see that the general image can be more blurred especially in the distance compared to the close up elements of the games. But, the exclusives seem to do an awesome job of eliminating this compared to the games available on all the platforms. But, as I mentioned I feel this is caused by the PS4 and not the fault of the HMD. This is because the blur and image clarity can be improved when a game receives a PS4 Pro patch, which is then using the additional power in this mid-generation hardware.

Now the next issue which is down more the hardware is the tracking, but this could be down to me getting used to the very accurate pin-point tracking of the base stations on my daily driver for PCVR. But, the issue comes with them going with the old PlayStation Move hardware, with my main issue being if you turn away from the camera, your controller tacking will be lost.

Although, if this is your first or main HMD, you will get used to not turning away from the camera, and have little tracking issues. So, where the hardware does work and can do the job, it can also be easy to turn manually while in VR and lose the tracking.

As aforementioned since it’s release they have brought a newer model. So, what does the new model do differently if you are purchasing a VR headset today? The model only brought with it minor changes which came in the form of;

The only reason I have not upgraded my model of the PSVR, is because although my original one is now showing some ware, it still works and does exactly what I want it to. If the ware gets worse and it becomes un-usable I will certainly make the jump to the new model. 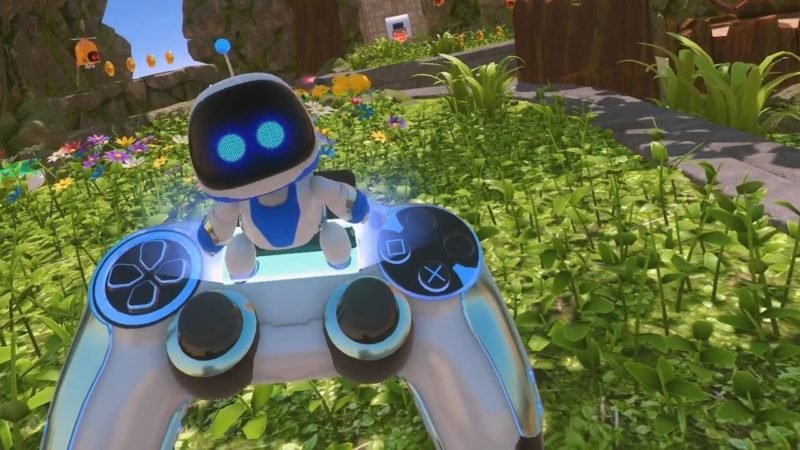 So the hardware still gets a massive seal of approval from me, but what do I think of the games and applications I originally thought it was lacking?

I am happy to say that these have landed, and for sure Sony have killed it with in-house and third-party exclusives… even if some were only timed. With 464 titles currently being listed on the PlayStation Store at the point of writing this article it shows the backing it is getting – ok, not all of these titles are worth your time, but there’s many outstanding titles available.

With some of the stand out exclusive titles for me being Resident Evil VII, which is something PCVR players are still waiting for with bated breath. Astro Bot: Rescue Mission, an awesome platformer that brings great immersion with it. Until Dawn: Rush of Blood, a release day title that still stands the test of time, as you take on horrors from Until Dawn while on roller coasters. Then finally the recently released Blood and Truth putting you directly into an action movie.

Add to these awesome exclusive titles, games like Skyrim VR, Arizona Sunshine, Beat Saber, Superhot VR, Moss and many more games available on PCVR and it really creates an impressive library to get stuck into. One thing you can guarantee on PlayStation VR is although it has a lot smaller library than PCVR when it comes to games, all the games on there are solid experiences given their approval process.

The store then brings extra like 360 video experiences, with a favourite of mine being Virry VR, and then creative titles like SculptVR and CoolPaintr VR. Overall, giving you these killers apps that were missing on the hardware’s release. 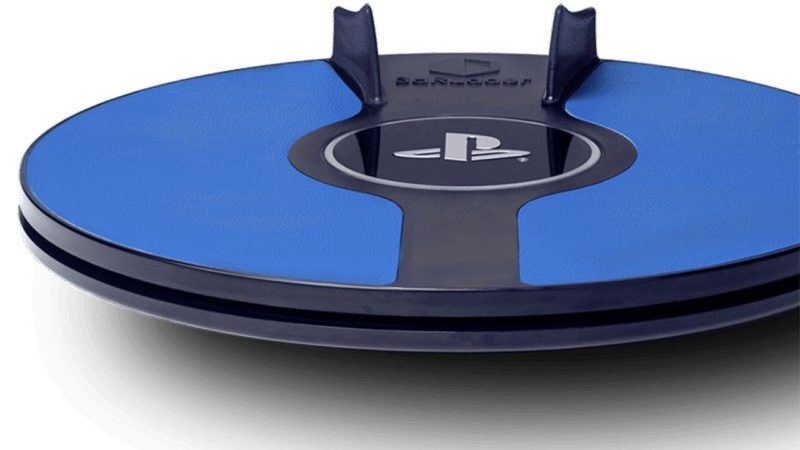 There is a number of peripherals for the PlayStation VR, so, let’s take a look at the ones I have had time with.

I think the best place to start is the Move Controllers, which are required for some games and optional for others. This is where I have a slight issue with the PlayStation VR, Sony clearly wanted to bring the immersion that comes with each hand being tracked separately in VR – however, the choice to bring this with some old tech just wasn’t the best way to go in my opinion. When you look at the PCVR competitors to their device they have either analogues or track pads for the moment – well now the Cosmos is available they all offer analogue or both of these options.

So, what is the issue with the controllers – where in most cases the developers have worked with the tech and implemented them well, it’s just a janky movement system compared to the others. Where with time you do get used to them and how they work, as most games use the same system for movement. that was popularised by Skyrim VR. But, if you are first getting into VR, this movement system could be off-putting.

This takes us onto the next peripheral in the 3dRudder, as this third-party company tried to bring a new locomotion system for PlayStation VR. The 3dRudder brings the option to control the movement to the game using your feet on their device – but means games have to be played seated. Which not only brings a decent alternative for the missing analogues, but also makes VR games very accessible to those who can’t stand or stand for long periods.

I have used the PCVR version of the 3dRudder a lot, and recently been using the PlayStation VR version, so expected some more coverage on this soon. At the moment the games we have tested this on they are all well implemented, however, the library of supported titles will only grow in the developers bring support via a patch. Although the team at 3dRudder are working daily to get new games added to list of supported titles, that currently boasts twenty-one games.

The final peripheral I want to highlight is the Aim Controller, and this is one that has been hugely accepted by the PlayStation VR community. When it comes to PCVR, you will have companies releasing gun stocks that can come in quite costly, but Sony released their own controller which allows for the gun stock feeling – and it does a great job.

I was impressed with the Aim Controller when it was first released, but as I started to play my shooters on the HTC Vive, the controller went to the way side. Developers are constantly updating their games to support the Aim Controller, but with my main daily driver being PCVR now I have not tested many of the titles out from the first batch that were patched for support.

However, you see most players in Firewall community using the Aim Controller as their go to method of playing of the game and users getting hyped about updates to games adding support dropping – and I am sure if I used my PlayStation VR more often, this would be the same with me.

One thing the Aim Controller does have is analogue sticks for your movement, which really does highlight the need to the previously mention Move Controllers to be updated.

At this current time I do not use the PlayStation VR as often as I used to, because PCVR is more my daily driver for VR. However, I do like to jump into it to take a look at the exclusive titles and also check out games I have yet experienced on PC and have been ported over and I always have a good experience when I do. Although I don’t use it as much as I used to, one thing I can say is PlayStation VR will always have a place in my virtual heart, and be remembered for the device that got me in Virtual Reality, and I have never looked back since.

I am sure over the next few years as the newer hardware is released the few issues I have mentioned will be eradicated – and you will get a seamless and solid experience from Sony’s PlayStation VR.

With Sony announcing the current generation of PlayStation VR will work with the PlayStation 5, and the currently library of games and applications having a lot of strong titles, there is no better time than to invest in PlayStation VR, especially if you have a PS4 and looking to make the jump into VR at an entry-level.