The Playsatation VR has gained another wave based shooter to it’s growing list of VR games. Does this one stand out and do anything different?

With Ancient Amuletor being a wave based shooter, you are not getting a story with the game. For Ancient Amuletor it’s all about the gameplay, and this where the game excels in what it bringing to the table with Playstation VR.

Going back to my original question do the games do anything different? Yes it does. The guys at TiGames have made this a wave based shooter, mixed with tower defence and then added character classes. The character classes are archer, gunner, mage and the puppeteer. As you would expect they all have their own abilities, but, what I liked the most about it is they all have their own control schemes (but I will talk about the controllers later).

The aim of the game is simple… defend the crystals from the incoming waves of enemies, but the character classes mentioned previously make it so you can approach each game differently. The added bonus is if you are getting sick of the character class mid-game, you can switch your characters class, whenever you like without having to restart.

As you take out enemies you character will gain orbs, which in turn powers up you chosen characters special ability, so I found we’re very effective and then some not so effective. Personally I found most of the time I was ignoring the specials when I’d charged them up. Instead I was looking of for the drops from the enemies like extra damage, slowing and instant death more, because they seemed way more powerful and useful unfortunately.

The levels are what I would say an OK scale. To move around the levels you are presented with a number platforms you can teleport between. Using the teleporting is need in order to deal some extra damage or even just get a closer aim and a different view for taking on the enemies approaching set crystals. Taking both the teleporting and the instant switch character class options as you venture on higher difficulties both become important parts of getting through the waves and in turn the levels 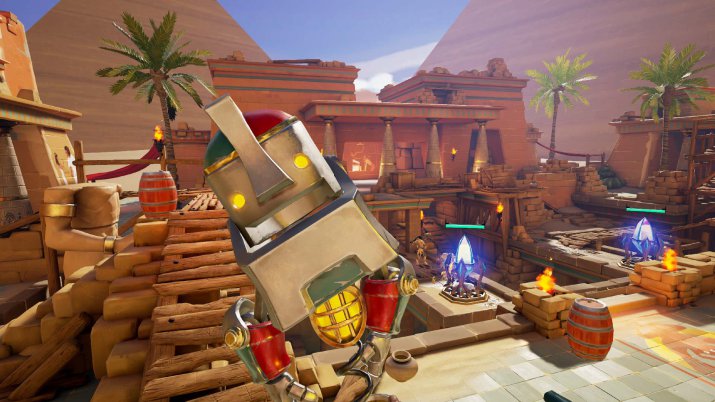 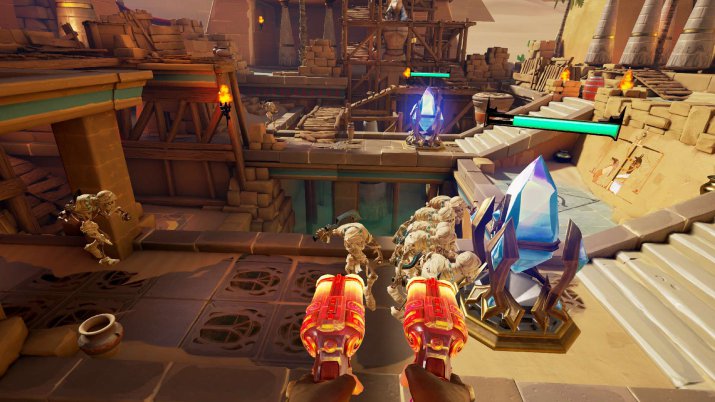 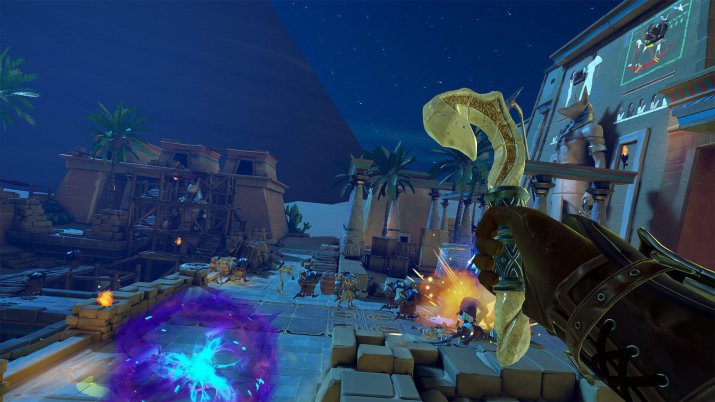 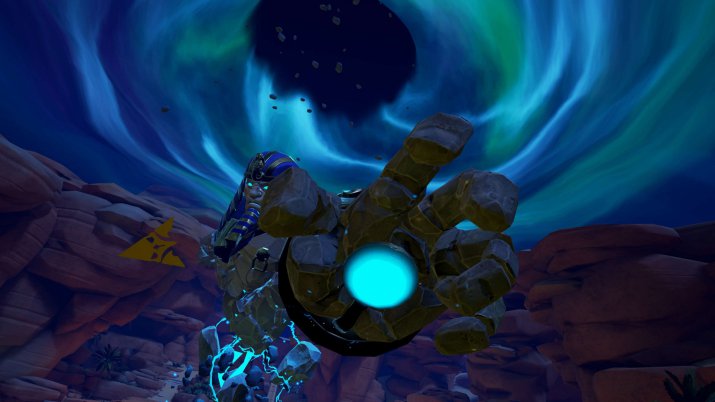 As well as being able to play the game in single player, with Ancient Amuletor you can also team up with two others. I found the multiplayer aspect of the game was the stronger of the two modes, as playing with others and planning strategies together made for a lot more fun game. When playing the game into single player after a few goes I found that the game started to feel a bit stale, for me giving a pick and play to pass some time rather than one you would pick to play often

TiGames have gone with bright bold and cartoon-like graphics for Ancient Amuletor, and I really feel it suits the approach they have taken to the game. The visual style of the game really does have that MOBA feel to it, and with the character classes and the character designs it uses that feel well. I feel if they went for the more realistic or duller tones it just really wouldn’t suit what they were trying to do with the game.

I mentioned them earlier, now lets talk about the controls. Firstly, the game is played using two Move Controllers. Secondly the main thing about this controls system in this game is each character controls differently, which for me makes the game more appealing. For example with the gunner you have to flick the barrels up to reload your weapon. Where if you chose the mage you would have to spawn your attack out of a book with one controller, pick it up with your stick with the other controller, and then do a throwing motion to throw your orb at the enemies. This decision really helps the game, as each character feels different to use, as they should with their different abilities.

One issue I did find with the game which I really didn’t was at times when having to teleport often (on Hard difficulty) I found a slight discomfort. What shocked me most about this is I have never felt that way with a teleporting system, and to be honest with many games. As I mention each time motion sickness/discomfort will vary for different people – so although it has done this to me, it might not for you.

Ancient Amulator brings some new ideas to the growing number of wave based shooter VR titles. With a single player that can become stale quickly, but the multiplayer option makes up for this. However, the best part about the game is that each character controls differently, making you feel the benefits and faults of each character class.