When the trailer for Arashi: Castles of Sin was released, I was instantly excited, with the thought of getting a game in the same vain as Tenchu in VR. The team at Endeavour One, then suddenly dropped the bomb shell of the release date, the day before it was due to hit the PlayStation store. I have put my ninja skills to the test, but does it work?

In the game you are placed into the shoes of a Shinobi assassin and last surviving son of the house Arashi called Kenshiro, as you go take out the Six Oni of Iga, a group that have lead a path of destruction and terror through Japan.

As aforementioned, what I was hoping for was Tenchu in VR, and where the gameplay gave some feelings of Tenchu it never quite emulates it completely. What it does do, is gives a great feeling when clearing an area completely using stealth either taking out the enemies or moving through the area unseen. However, get spotted and you can either run and jump your way out of sight or take on the enemies in some very infuriating sword combat, which I will get to later.

The gameplay is a loop of moving through set area of the map, where you will take on a number enemy types – a standard ninja, an armoured warrior and archers. Throughout the levels you will find new weapons and then read a scroll on how to use them, which I found more beneficial than learning them all at once in a tutorial. These range from shuriken, gas bombs and a blow dart to name a few, and a hook shot that can help you climb onto marked areas. Overall I was impressed with all the options you get in your arsenal.

Also on your side, you have your trusty wolf companion Haru, who has a number of commands. You can move him to a part of the map and get him to howl as a distraction, dig up set parts of the area or get him to attack an enemy. When issuing the attack command, Haru will grab the enemy by the arm, allowing you to go and finish them off. 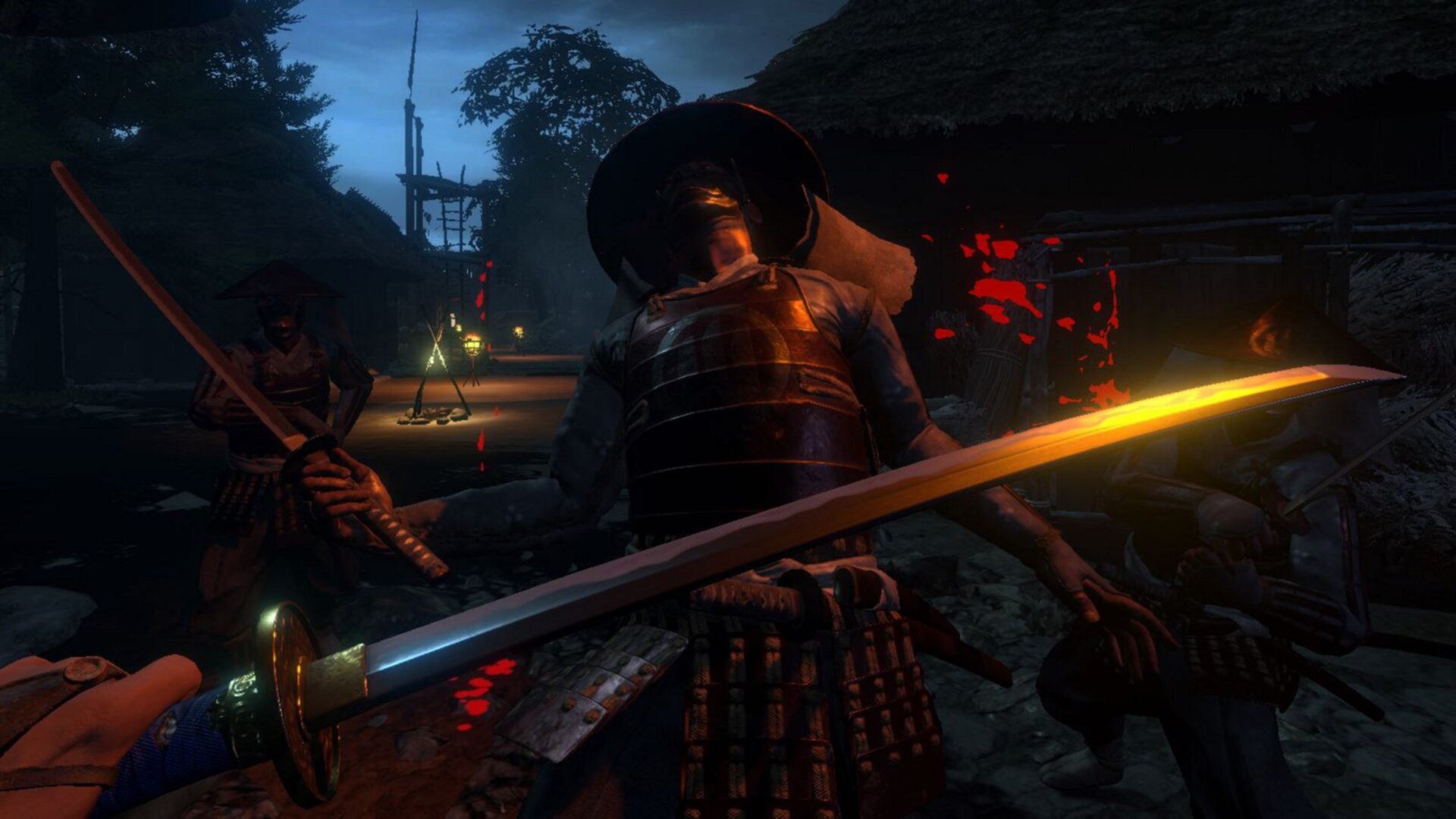 After making your way through each area you will then have to fight one of the Oni of Iga, all except one using the sword combat as the only factor – bringing the most infuriating part of the game to light. The sword fighting is very hit and miss in how it works, at times the block works and then the next time the enemies sword might just clip through and hit you, so the defence is sometimes outside of your control. Then when attacking, do not get over excited in your swings, as swinging to fast will not register your hit – so slow and lightly does it.

The final main issue I found, is when spotted it does not stop you leaving the area. Meaning if you get seen in the general level and don’t want to get involved in the sword fight, getting your stamina management right and it’s easy just to jump your way through everyone to the end – and believe me in some cases this gets very tempting and I did it a few times.

As with the gameplay, the presentation is also a mixed bag, with some areas looking nice and clear in design and some areas seem just seem bland – which stand out more once you have been in a nice looking area. One thing I really liked is the cutscenes for the story and presented as paintings that look really nice inside of the HMD.

Now, I am not sure if this is just down to all VR games now offering some hand movement in your character, even if its just closing into a fist – but the hands in the game don’t move at all outside holding the weapons. This just leaves them looking like they are floating in front of you when not in use, and can take away some of the all important immersion in VR

One thing the team have done well is the sound design and work in the game, and personally I could not find any issues in this area. The music, environmental atmosphere, weapon sounds, voice acting and Haru’s sounds will all keep you immersed in the world of Arashi.

At this moment in time, there is not PS4 Pro or PlayStation 5 enhancements available for the game, meaning the presentation might improve if a patch is released in the future.

The game can be played either seated or standing, with the team including a crouch button. However, I found the sword combat even more fiddly and less responsive when seated – so I would recommend playing standing. The game comes with plenty of comfort options, to make sure the game is accessible to as many players as possible. 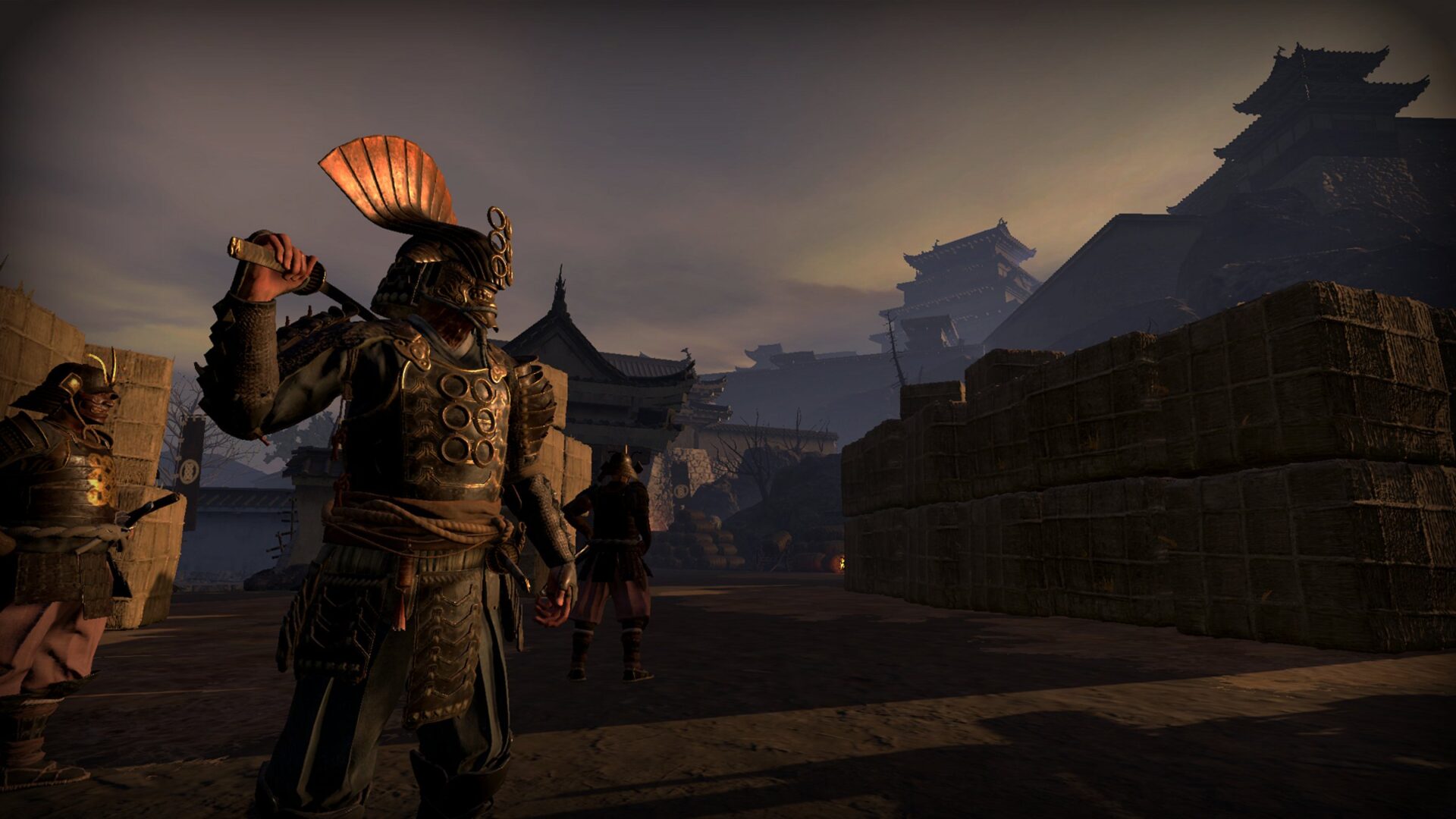 When it comes to controls you can only play the game with two Move controllers, which at first had me worried as this needs to be implemented well in order to work, and can make or break a game. I am pleased to say they have implemented this well, although there was some odd decisions, like assigning sprint to the left trigger. Other than this they have assigned the facial buttons well for turning, going through you inventory, scanning the area and issuing commands to Haru – but, at first they can feel a little oddly placed.

Overall taking out the Six Oni takes five to six hours, which is a good amount of playtime in the game. However, once you have done this, it really gives little reason to go back. Given that the game does not give any sort of bonus for completing the level in full stealth mode, or any sort of scoring system to try and beat.

Arashi: Castles of Sin really is a mixed bag, which is a shame as I really wanted to love the game, with the Tenchu elements it should have been great for VR. However, where the stealth elements feel great and gives a sense of achievement in clearing the area without being noticed - this is then ruined when you are spotted and have to resort to sword fights. Which unfortunately is the most frustrating part of the game, and plays a huge part in the fights with the Six Oni of Iga. Where Haru the wolf is a great companion and cute, this is not enough to save the game from feeling mediocre.
Buy Arashi: Castles of Sin
Paul Manton August 12, 2021