On its three-year anniversary since it was released on PC VR and PlayStation VR, one of VR’s most popular titles Arizona Sunshine has made it’s way over to the Oculus Quest. We were really interested in seeing how it will be handled by the stand-alone VR device – so what do we make of this build?

In the campaign you are placed into the shoes of a survivor in the post-apocalyptic and zombie infested Arizona state. As you start to continue your venture into the canyons trying to survive not only the zombies, but the blistering heat, you soon stumble upon a radio. The radio then crackles and gives you some hope of human life other than your own, setting you out on a search for this safe-house. The question is can you survive the hordes, the heat and find other survivors?

While you try to survive and stop the zombies chowing down on your brains, you are going to need some fire-power, and this is where the core shooter gameplay comes in. This is something the team have implemented really well, and throughout our playthrough of the campaign we had no issues with tracking and found it really accurate. You will come across four different type of weapons in the game which are pistols, sub-machine guns, a shotgun and a grenade launcher with each one bringing it’s own advantages and disadvantages – which one you use in which situation is up to you.

Outside of the gunplay, there really isn’t much more to the gameplay. At some points you might need to find items like keys to progress, but these are never that far away from where they are needed. So, the only real big change to the game is if you play on the different difficulties – each on adding more of a challenge. In easy mode you will have a red dot pointer, on normal this is removed, on hard you will find less ammo and on apocalyptic you will have very limited ammo.

Also, if you have friends with the game you can playthrough the game in co-op, which is something the game excels in – it’s even more fun taking on the hordes of the undead with a friend. The co-op mode includes the ability to play the campaign or taking out as many zombies as you can in survival mode. Unfortunately, as this game was built from the ground up for the Oculus Quest, it does not include cross-platform play with other versions.

This was one area I was most concerned about when it came to the stand-alone version, as the PCVR version of the game looks beautiful. However, the team at Vertigo Games got developers Jaywalkers to make this build from the ground up – rather than simply downgrade and port the other versions. This decision certainly paid off, as it allowed them to get the game looking as nice as they could for the hardware. Yes, if you have played the PC VR or PSVR version of the game you will see the downgrade in the visuals, but you will also see the technical marvel of what they have brought to the Oculus Quest. 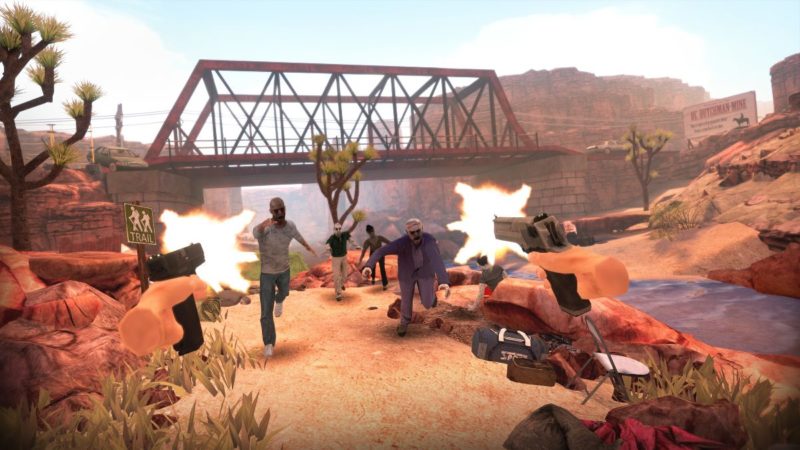 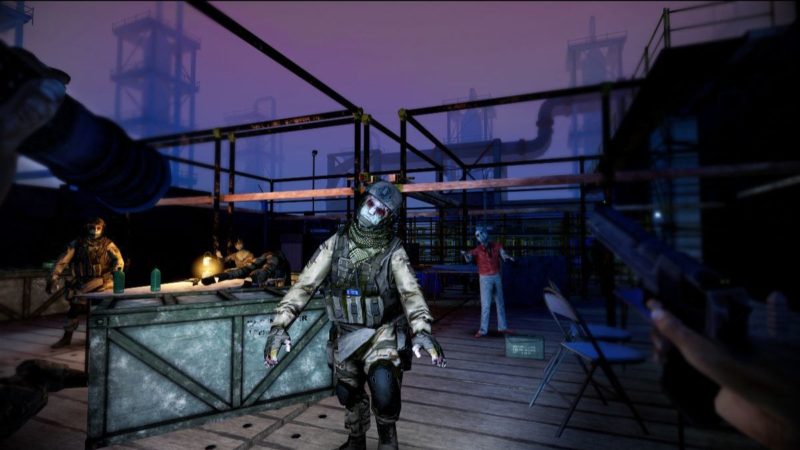 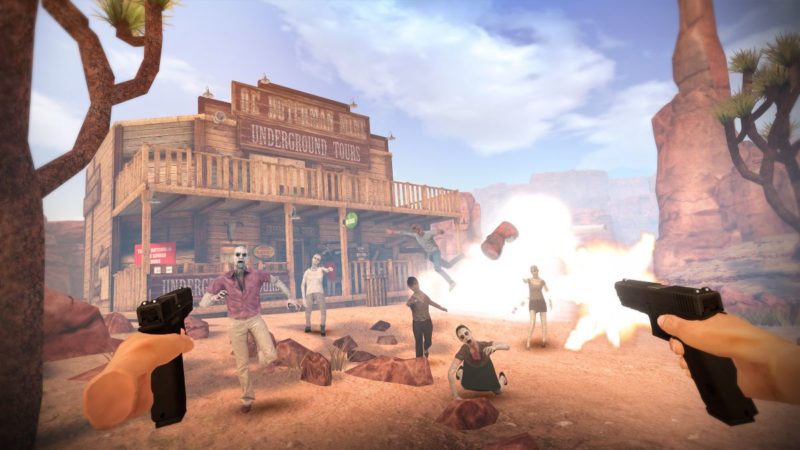 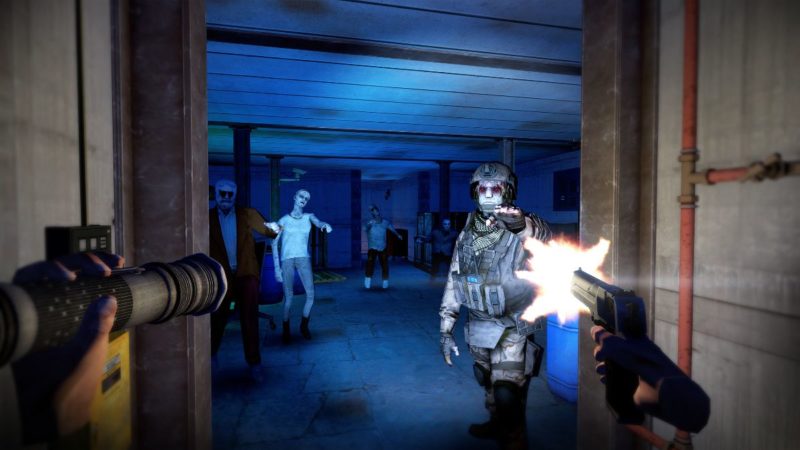 The environments look nice and clear, and although the textures are at a lower clarity it does not take away from the immersion and feeling of the game. The zombie models are repeated a little, but they were in the other releases and as with the environments the detailing in them gives you immersion you want in the game. Added to this the fact of how many can be on the screen at the same time and the parts like arms, legs and heads being removed when shot, really does leave you in awe of the aforementioned technical marvel of this build of the game.

When is comes to audio, you will get a number of layers to build up the atmosphere and feeling of the game. Firstly you will get the environmental sounds of the areas you are in. Then some light backing music to add tension as you explore, which will then increase in volume and pace as you take on the hordes in set parts of the levels. On top of these sounds you will then have the ever-present groans and moans of your zombie foes. With the final little touch to the audio being your characters voice over, as he talks to himself making some funny remarks and also descending into fits of insanity as your search goes on for humanity.

Arizona Sunshine is a game that has to be played standing, meaning this is something you will need to take into account when looking at purchasing the game. With the work the teams at Vertigo Games and Jaywalkers have done in the VR medium, means they have brought a number of movement options to the game. You can either use teleport with snap turning or free locomotion with snap or smooth turning – making it accessible to as many players despite the level of their VR legs.

When it comes to the controls there is very minimal use required. You will use your analogues to move, the grab button to pick up guns, ammo and items, the triggers to shoot and B button to release the magazine from your gun.

Now, this is where one issue we found with the game being re-built was they did not change the reload system. As mentioned you will release the magazine from your gun and then all you do is bring your gun to your belt and it will reload. Where this does work as a way to reload and is a seamless process, games have since moved on to bring more immersion. I would have loved to see the manual clip loading and cocking system brought into the game with this version.

The campaign of Arizona Sunshine will take two to three hours to get through, but it is something you will return to and try beat on other difficulties – be it alone or with a friend. Then the added extra of survival mode will give you another reason to return to the game, even if it is just to let of some steam on the undead. Meaning you will find many reasons to jump back into Arizona and take out the zombies in your way.

Arizona Sunshine is still one of the most popular and highly thought of VR titles to this date, and the Oculus Quest build will do this reputation no harm at all. The decision to build the game from the ground up was the right decision to make the game to the best ability of the hardware. Yes, there is some downgrades from the PCVR and PSVR releases of the games, but the clarity of the visuals mixed with the amount of zombies that can be on the screen at once really is a technical marvel for this stand-alone VR version. With our main issue coming in the way of pricing for those who already own the game on one of the other platforms, but if you have not played it on the other platfoms this is another must-own title for the Quest.