We have reached the end of the Arizona Sunshine DLC Roadmap with the release of The Damned DLC. So, as with our review of the Dead Man DLC, we are going into the DLC with not experiencing it before and doing this on the Oculus Quest. But, did The Damned DLC leave a positive impression?

Please note this is going to be mini review and will not be going into as much detail as our other reviews – given it is DLC. However, if you want a more in-depth understanding of what we thought of the Quest version of the game, please feel free to check out our review.

The narrative of The Damned DLC, goes back even further and is set before the main game and the Dead Man DLC. In this content you are placed into the boots of Liam, who is US Special Forces, on your way to reactivate the generators in a hydro-electric damn in Arizona. But, of course things don’t got plan as you vehicle crashes and your squad die in the accident, leaving up to you to deal with all the zombies on foot as you complete you mission, the question is can you survive?

You will trying to survive the best way you can using guns, and in this DLC you find weapons like pistols, shotguns and rifles. Using these weapons you will taking on waves of zombies in the usual Arizona Sunshine style, be this in smaller hordes or larger hordes that have been attracted by noise, but in the case of The Damned DLC it seems to be happening in more confined spaces. Again them not doing a drastic overhaul of the gameplay does not cause any issues, given it works so well in the main game and the Dead Man DLC. 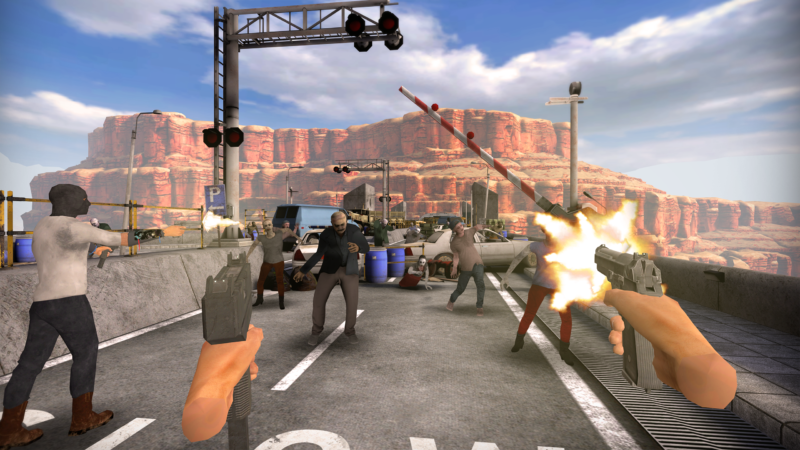 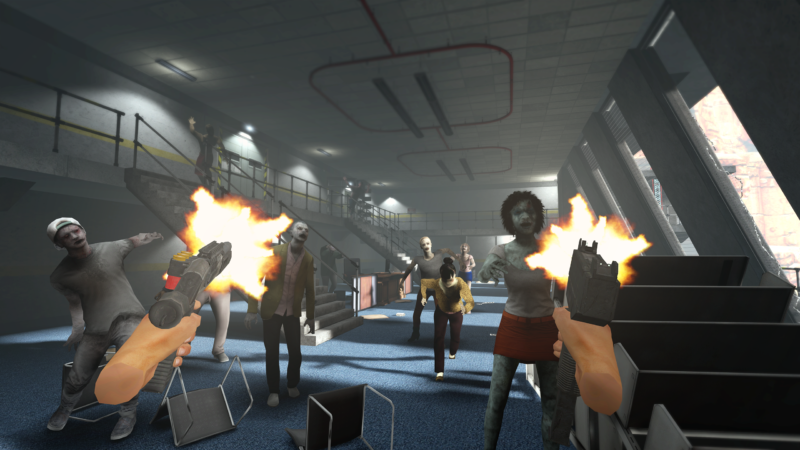 Again they have taken the same approach with the level design, allowing them to keep the same atmosphere – which is something that is a big part of the Arizona Sunshine experience. However, as previously mentioned The Damned DLC keeps you more confined area given the DLC is based around a hydro-electric damn, and this gives a more intense feeling, especially in the more hectic waves of zombies.

Now, one part we mentioned we felt let down by in the Dead Man DLC was the length. The Damned DLC did not let us down in this area at all, with it adding an action filled one and half to two hours of gameplay. Also, they have kept it at an affordable and reasonable price of £4.99, again making it great value for money.