I am always interested when I see games that are trying something new, so I was instantly interested in Blind. The idea of the echo-location really had me wondering will it really work? Now I have played through it, what did I think?

The game starts as you are greeted with an opening animation that sees a woman in a car with a young boy with her, on a very rainy night. Suddenly a man appears in the road making her go off-road and crash. Suddenly you wake up in darkness and soon learn you have been robbed of your sight. Then a mysterious man claims he will give you your sight back if you can figure out his puzzles and escape this mansion. This is where the gameplay comes in, as you try to escape.

As mentioned in order to escape the mansion you are going to have to solve some puzzles, so not only was this bringing an interesting idea with it; it was also going to do puzzles that seem to work well in the VR medium.

Firstly though lets look at the mechanic in the gameplay with you being without your sight. The game is going to require you to use a blind cane in order to use echo-location to figure out your surroundings. You are going to have to do this by tapping the stick to light up the rooms, but is you are overzealous with this it will soon overwhelm your hearing sense – so, getting the right rhythm is important. It is not just your stick that will light up parts of the environment, if there is any talking, noises or you throw an object and this will also cause the reaction with the echo-location. I was surprised on how well this drags you into the world and adds to the gameplay.

Then we have the puzzles, which for me weren’t overly complex to figure out. However, this was not a problem as they do not stifle your progress in the game or become frustrating… which could have ruined the unique echo-location system in place. However, one issue you might find with the puzzles is they are very similar in what they expect you to do. But, the mixture of the puzzle and echo-location system makes them fun to figure out and do.

When to comes to presentation they have portrayed the use of the echo-location as a vector style – but much more detailed than Stifled has before it. The mix of the vector based visuals and the slight detailing really does make for a compelling visual style. All of which are well polished and give that feeling between the darkness of being blind and the feeling that you can identify your surroundings. They really have got the correct visual presentation to go with the idea the game is trying to portray – so kudos to the team at Tiny Bull Studios for that. 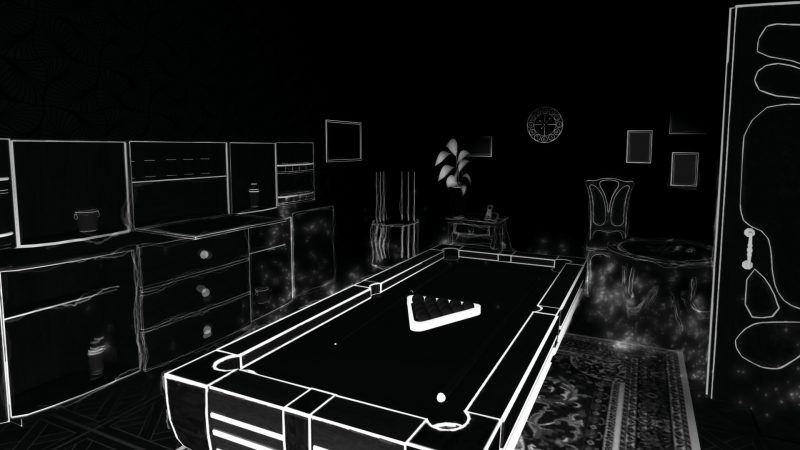 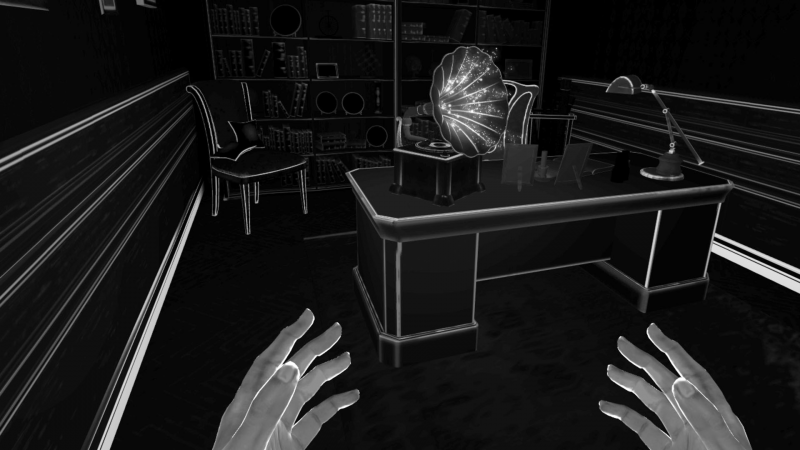 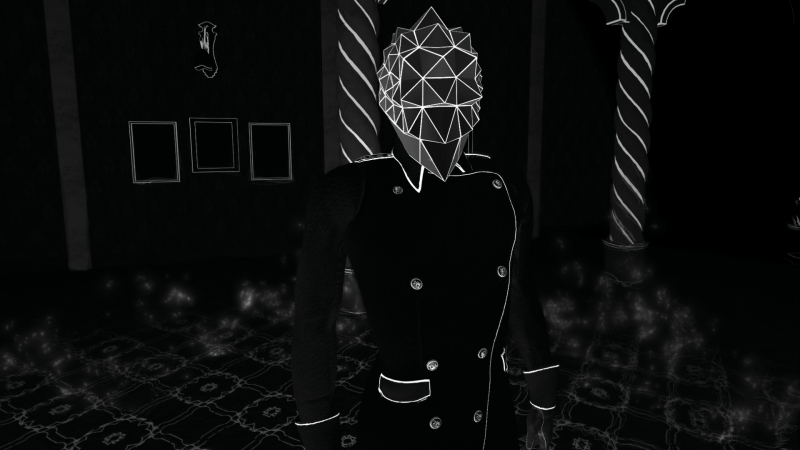 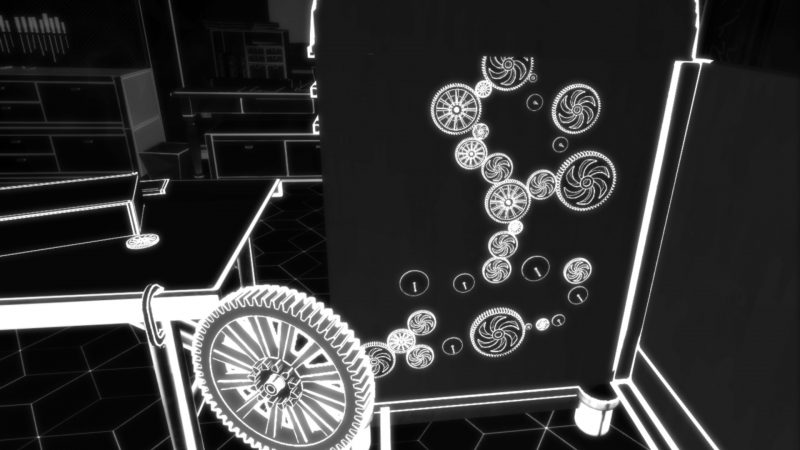 Now the sound is sort of a mixed bag to me, in some places it works, some places they could be and improvement and I feel some little tweaks could have made it perfect for the immersion of the idea. The parts I think the sound excelled was it’s use of giving you that feeling of being blind and your hearing becoming such an important sense; as mentioned previously with the environment lighting up from any sounds and not just the tapping of your cane. Then that feeling of being alone is in creased with the feeling of tension that something is going to jump out and scare out – which never actually happens.

The area of improvement is I wasn’t really taken in from the voice acting, I personally feel this is where the sound design was really let down. Now the little tweak I would make is down to your sense of hearing, I think this should have been so much more sensitive. As you hear in most cases of being blind this sense is multiplied and I think for that immersion in the sound this could have been added.

The game can be played either standing or seated, but I found when playing it seated even when re-calibrating my position I could not reach items – as I met my floor first. When this happened I had to stand up re-calibrate and then I could crouch down and reach it fine. The game is made to be played using the tracked motion controllers, and you are going to use the left touch pad to walk back and forward and the right touchpad to turn, crouch and stand in the game. Then you are going to use the trigger to interact with items and then the grips to get out your cane. Again a nice simple control scheme that allows you to concentrate more on the game.

The game took around five hours to complete, but the time really is going to come down to your ability in solving the puzzles – it could be longer it could be shorter. However, for what Blind is trying to do as a game I found the timing of it was perfect or else it could have gotten stale. One thing you are going to need to take into account when contemplating on whether to get it or not, this is very much a one time play-through game, there really is no reason to go back through it.

Blind is a solid puzzle game, which for me is the right in the difficulty and length department. However, when it takes a few steps forward in what it is doing, it also takes a step back. The team have done a great job in the way they have portrayed being Blind and giving you that sense of being alone. But, then the use of average voice acting and the fast progression of the story in the beginning, which leaves little to be explained for the last quarter of the game takes away from the experience. If you are a fan of puzzle games and want one that is trying something new with the echo-location system, this could be for you… but if that doesn’t sound like you, it is probably worth giving a miss.