I have always been interested in Lovecraft’s Call of Cthulhu universe. After hearing that Cyanide Studio’s were creating an adaption of the classic pen and paper RPG, I was excited to see their take on this universe. The game has now been released, I have played through the PC version of the game – so did I do the name justice?

In the game you are placed into the shoes of Private Investigator Edward Pierce, who has been asked to investigate the tragic death of the Hawkins family on Darkwater Island. As you start your investigation is soon becomes apparent there is more than meets the eye in the case you have taken on. This is down to the very unwelcoming locals and police reports that just don’t make sense. Soon you find yourself in a world full of conspiracies, cultists and evil – the question is can you over come all this and solve the Hawkins case?

The best way I can describe the gameplay is an Investigation RPG. You are going to be spending most of the game investigating the places you visit around Darkwater looking for clues to help with your case. Now not all of these clues are going to be in the open and will involve some snooping around and exploration. In some parts of the investigation you might have multiple options on how you tackle it, for example will you pick the locks or steal the key?

Finding these clues can become very important to the RPG element of the game, as these can assist your conversation tree while talking to others. But, you have to ask yourself one question, will you try talk to characters to learn their secrets on what they are hiding? Or just try to figure it out yourself?.

As mentioned the game comes with conversation trees, and as we expect these days in RPG’s your answer can affect your destiny – meaning you need to think about how you will respond or what you will ask. Also the game will come with a skills tree that you can assign points to, these skills can also have an effect on what answers and questions that are available in your conversations.

One thing you learn about Pierce is he had experience in the Great War, however this has left ever-present stress on his mind. So, you have to also think about sanity in the game with all these conspiracies, cults and evil being introduced to his already fragile metal state. Again this will affect your conversation tree depending on his sanity at that time. Also despite his involvement in the Great War, you have to understand Pierce is not a violent man – meaning violence is not an option when trying to find clues and solutions to your problems.

When it comes to the visuals in the game, I was taken back by some of the little touches the team had put in to the world they’ve created. Firstly all the environments are all well detailed, and at times walking down hallways and around the dilapidated and run down buildings of Darkwater the light rays looked fantastic coming through all the gaps in the wood and windows. Then they added nice little touches like dust particles in the air and it really added that little bit of extra life to the world. 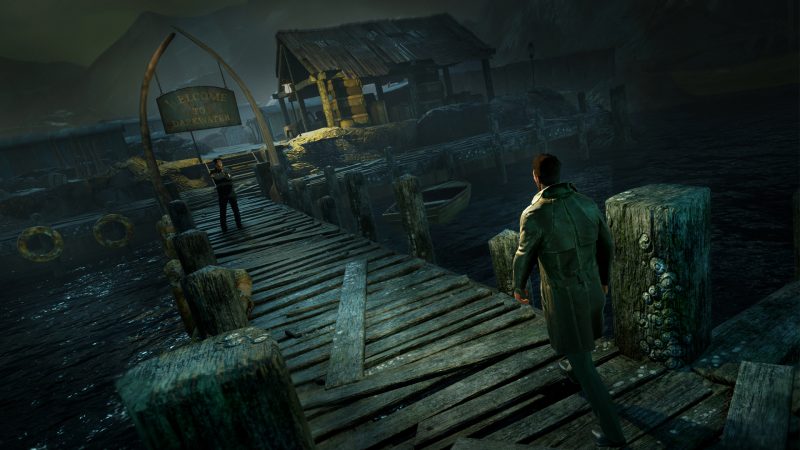 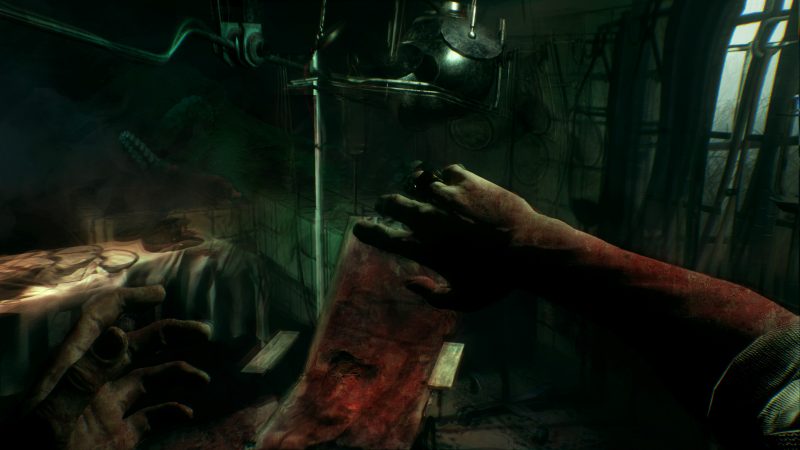 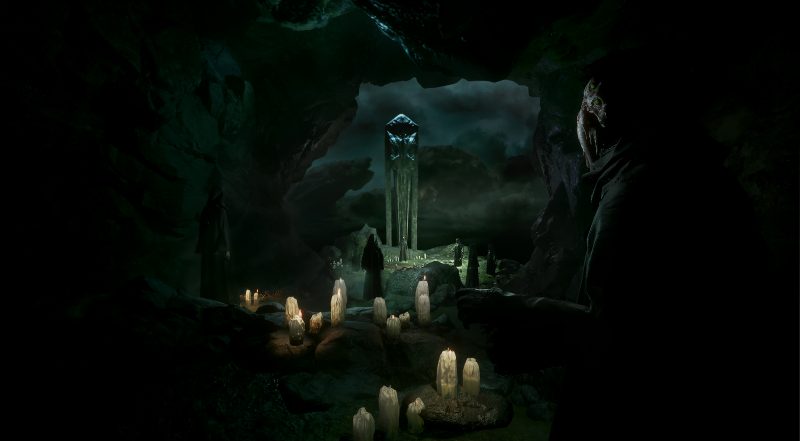 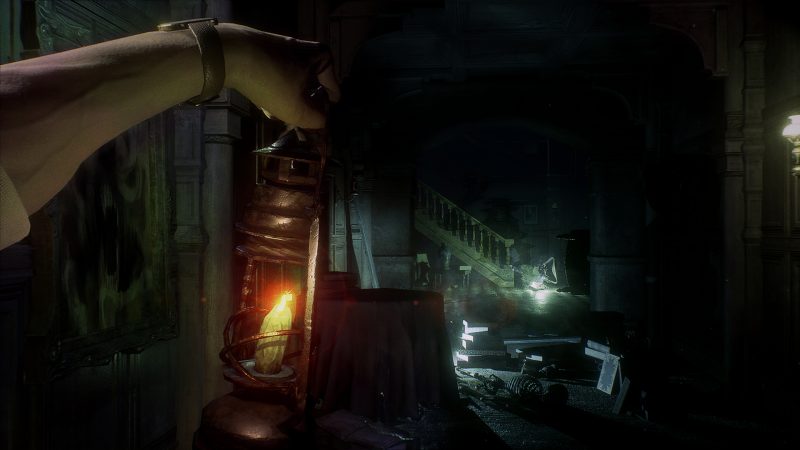 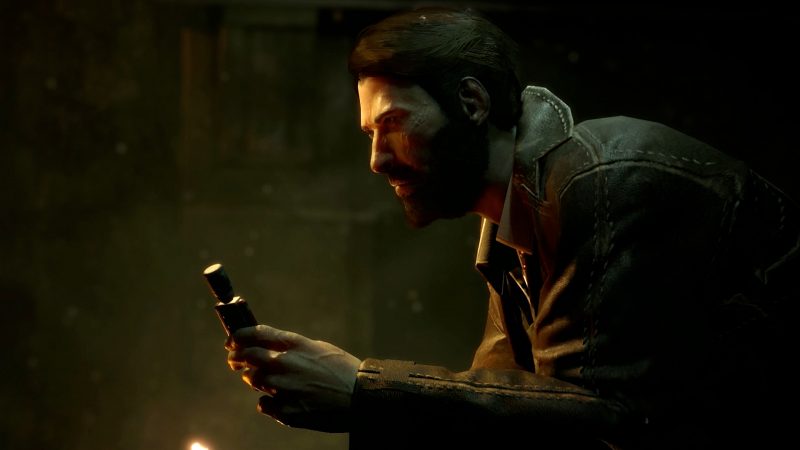 The few problems I found were down to the character models, although they were well done they have some little issues. This was down to some of the animations in the characters. Sometimes their movements when talking were a bit janky, and in most of the cases the mouth movement when talking didn’t look very natural.

In the audio department I had no issues, the sound design was used well. The voice acting was all of a decent standard, which was going to be essential given the amount of spoken dialogue in the game. The atmosphere of the world, the more tense moments and the level of Pierce’s sanity are all shown well through the use of the in-game sound. I could not really find any issue with what Cyanide Studio have done with games audio.

The game can be played using either a game pad or mouse and keyboard. For the purpose of this review I played the game using the game pad (due to my console gaming background), and have yet to try out mouse and keyboard. However with any PC game you usually find the developers do a great job with the keyboard and mouse support – so I doubt they should be any issues. The game pad is fully supported by the game and not only partially supported and the controls are well mapped and easy to understand and use.

It took me between seven and eight hours to get through the games fourteen chapters – but I did miss some clues along the way. Also the game brings with it some replay value in the form of the questions and answers having an effect on your destiny, and also there is two endings for the game. Meaning you can at least playthrough it a second time to see both endings – and with all the investigating and different ways to tackle parts of the games it won’t get boring doing so.

This is where the option to play the game in VR comes in to play. The game does not officially support VR, but vorpX will allow you get the game running in virtual reality without much fuss. For me personally when a game does so much to bring the world to life, it’s a real shame when you can’t step into that world yourself – and as mentioned previously the team have done a great job of doing this with Call of Cthulhu.

Actually being stood in the this world and looking around it in VR for me took the game to another level, because that extra level of immersion was present. Walking around the multiple areas of Darkwater you visit, really brought some moments where you just wanted to stop and take a look around. The game also ran smoothly through vorpX with a little bit of messing with the programs settings once loaded into the game. I would certainly say if you own a PC VR headset and vorpX this is certainly one that is worth experiencing in VR, definitely if you hold and interest in this Lovecraft Universe.

* Please note vorpX is not directly supported by Cyanide Studio, and is a separate third-party product you must buy.

With Call of Cthulhu the team at Cyanide Studio really have brought their adaption of the pen and paper classic and the Lovecaft universe to life. Where the gameplay is all about the investigation and exploration of the world, the RPG elements made sure you are fully entertained throughout the seven or eight hours playtime – and it has many reasons to return for at least a second playthrough. If you have the hardware and vorpX to run the game in VR, this is a great way to play the game and also to bring that full level of immersion, but the standard game still does and outstanding job in dragging you into the world. If you are a fan of Lovecraft’s Call of Cthulhu you need to play this and you will love it – even if you’re not the title is still worth considering.