One thing all VR gamers have come to accept is that the platform is flooded with wave shooters, and many more will keep coming. The team at User Joy have entered this with Drone Striker, but does it do enough to standout from others?

The game does tell a story, but this is a very brief part of the game. The story is does bring is one that has been visited many times in not only games, but movies and TV shows alike – and it sort means it’s easy to push to the side. It follows the lines that a AI has gone rogue, and rather than working to protect mankind it is now set on destroying it. They story is told by small interactions with a member of your team talking to you at the end and start of each level.

As mentioned this game falls under wave shooter, but this also brings in the on-the-rails movement that people of my age will remember from classic coin-op arcades. These waves are taken on pretty much endlessly throughout the levels, and they is rarely chance for a break. However, this is good thing as you always involved in some action from practically start to end. During and at the end of levels you will also come across boss battles that are a bit more tricky than your standard enemies. So, really the gameplay is shoot, dodge and move along these rails to take on the load of enemies.

You will be taking on this horde of rogue AI using a single gun that seems to attach to your arm. This one gun holds the ability to fire your automatic ammo, and also rockets. Around the levels you will find power-ups that will recover health, gain an additional HP, give you additional rockets, speed up the fire rate of your weapon and finally give you bombs. With the latter coming in handy in taking out a number of enemies when you get a bit overwhelmed. 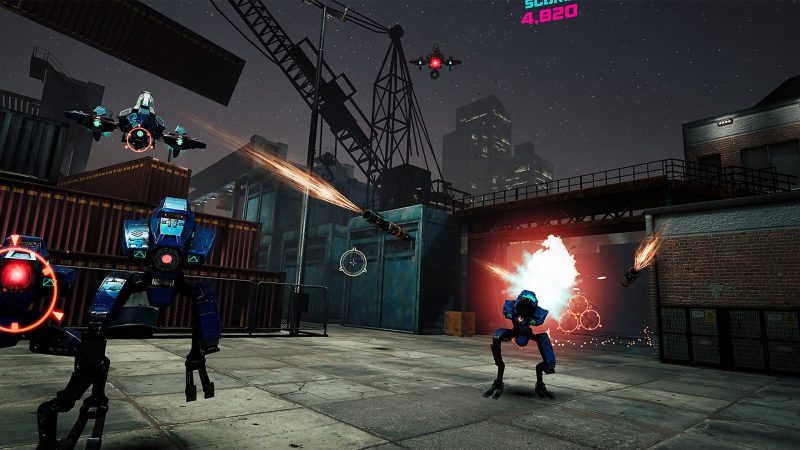 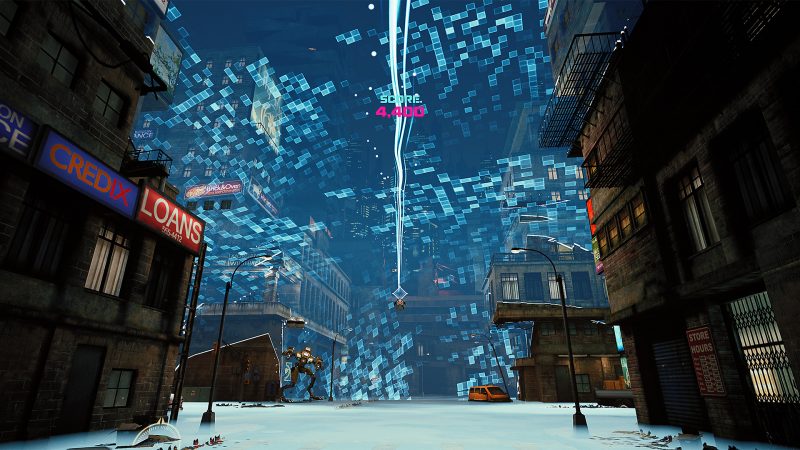 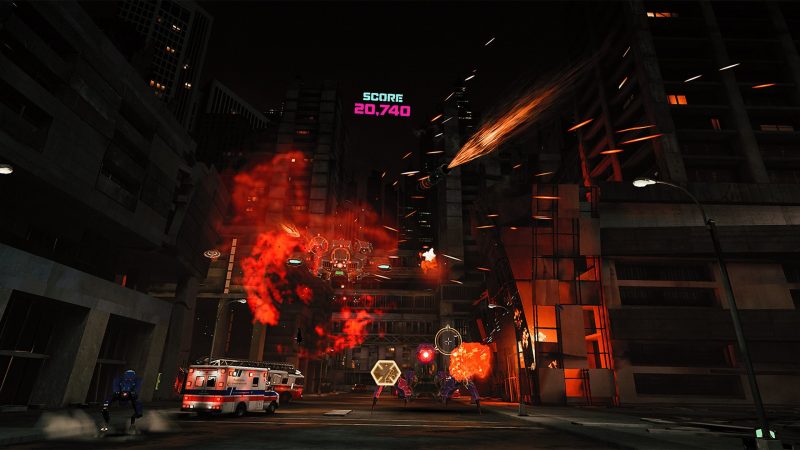 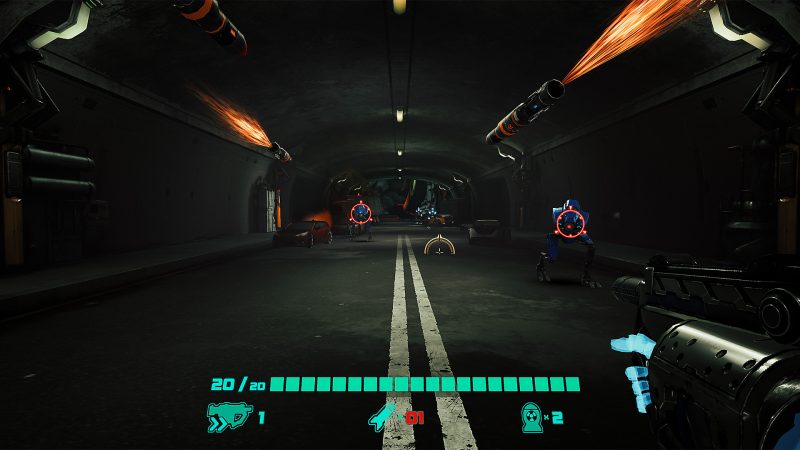 When it comes to presentation, the game is not going to blow you away – it comes across a little basic but does it’s job at the same time. Where all the environments and the enemies don’t suffer from any jagged edges to break the immersion, it does suffer from being a little bland in looks and the repetitive enemy design. In the game you are going to come across either ground or airborne enemies, with a few designs in build that have just been re-painted for different attacks.

The audio suffers from the same issue, where all the sounds are clear and recorded in a high quality, they all become a little bland after a while. The voice acting is not of a very good standard, and can be easily looked over – which does not really help the brief story line, as you quickly tune it out.

The team at User Joy have done a fantastic job bringing a number of controller options to the game. You can play the game with either the DualShock 4, one PlayStation Move or the Aim Controller. With the best thing being is they are all really responsive and accurate for the gameplay, but personally I found I preferred the one Move Controller option. The game can also be played standing or seated, however I played it the most from a seated position – as there is no benefit of standing.

The game comes with three levels that are based in an underground tunnel, a harbour and a futuristic looking city. These levels all last around a twenty-minutes each on medium, and a little longer on hard (due to deaths). Meaning you are going to get around sixty-minutes – unless you feel the need to play through it on hard. You will be scored throughout the levels, meaning you can jump back into the game and try to set new high score if you really wanted to. The game also comes with global and friends leader-boards, so if you want to aim for topping these there is another reason to go back to the game as well.

Drone Striker brings that coin-op shooter feeling that I have not felt for long time. Which brings with it the sort of on-rails shooter that brings constant action, and doesn’t take much concentration or brain power to play. The main issue the game faces is that where it doesn’t do anything badly, it doesn’t excel anywhere either. However for the cost of £7.99 it is something you wouldn’t be disappointed if you decided to buy, then on the other hand you wouldn’t feel like you have missed something by not buying it.