Eden Tomorrow was a game that created a lot of interest to me and many other VR gamers when it was first announced. The game has now landed on exclusively on the PlayStation VR, but has it lived up to the excitement is created?

The game starts with you crashing into a mysterious planet, and you are soon awoken by a drone named Newton, who becomes your little side-kick as you play the game. You soon realise that you both seem to be suffering from amnesia, with Newton only recalling one memory, an image of a structure. This opens up the story as you and Newton venture out in search for structure as may be this holds the answer  to who you are and will re-unite you with other living human beings… but can you survive everything thrown at you by this unknown planet?

In essence many would explain Eden Tomorrow as walking simulator, as you are going to be doing a huge amount of exploring by foot. But, may be that tag is a little too harsh because there is other elements to the gameplay to try to mix it up. The main issue with all of this though it is all very similar in what you doing in these other parts, besides the exploring you will be running, sneaking, sliding, solving simple puzzles, interacting with terminals and avoiding the wild-life that inhabit this unknown world.

Outside of controlling the main protagonist, you will also get the chance to control Newton. When this is required you will need to find a terminal that will shield you from damage, as you fly Newton around trying to figure out how to move forward or the little puzzles you get with Newton.

I’m sure you might be thinking it sounds like there is plenty to this game with what I have listed, but unfortunately is all becomes a little stale – as it’s all very much repeated and comes with some issues. The stealth sections have you sneaking at a pace that is so slow it becomes tedious. When controlling Newton you are going to repeat the notions of finding three power cores to destroy something in the way to clear the path or find items to complete ledges to progress through the level. So, where Eden Tomorrow does try to add multiple elements to the gameplay it all becomes very much rinse and repeat, and monotonous quickly. 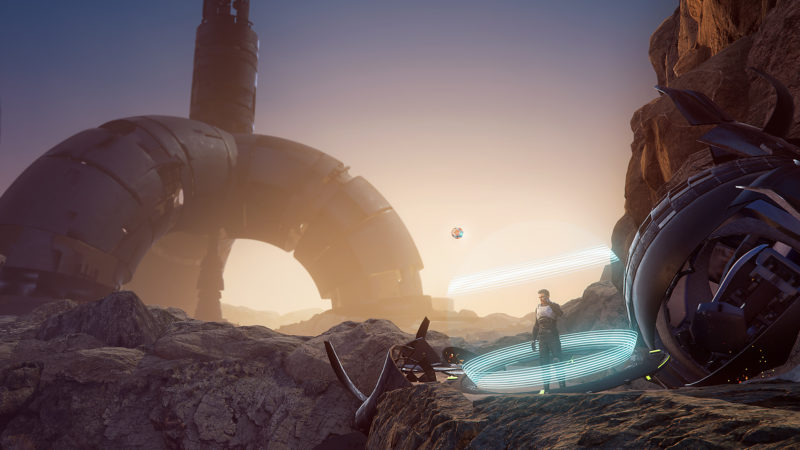 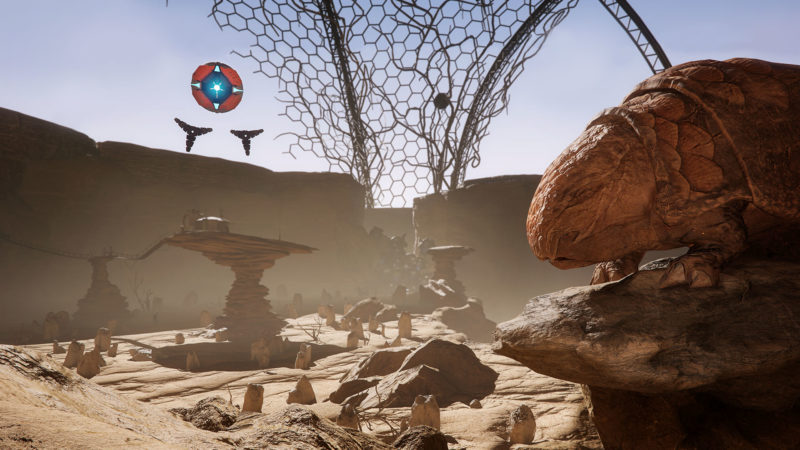 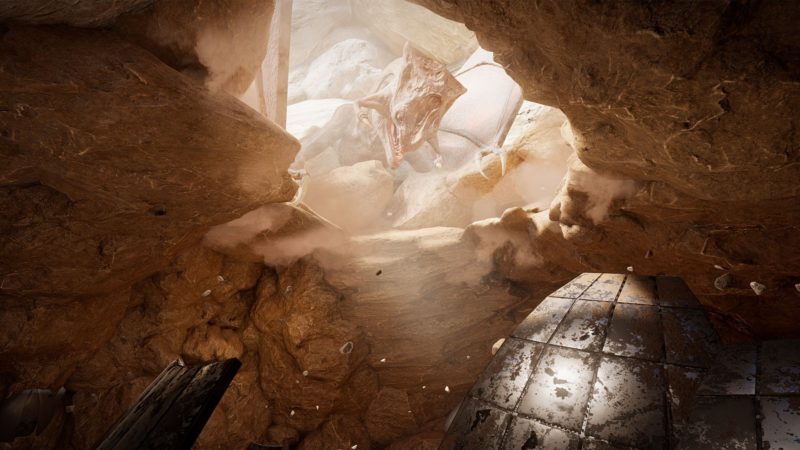 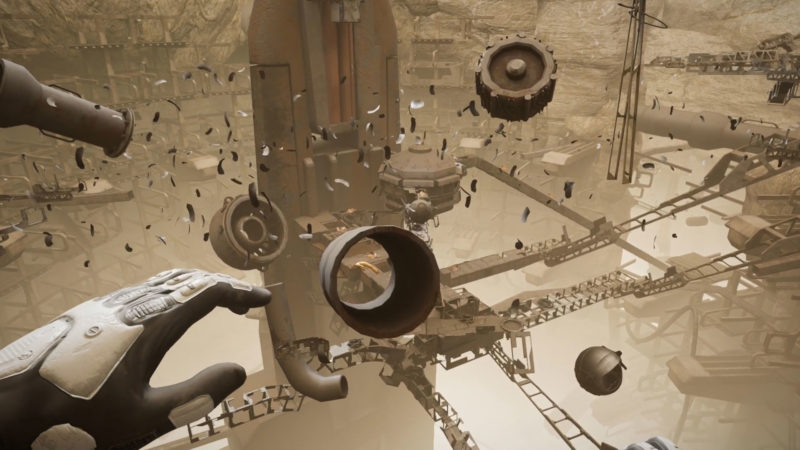 When it comes to the presentation I was really impressed with both aspects of the game. I found that the game was very clear in visuals, but you will get jaggies in the distance in built up areas at times – however, this is not often so doesn’t break the immersion too much. The team at Soul Pix have put there understanding and work with special effects to good use in their first VR game. You get some intense set pieces, which cause environmental effects like dust and particles… something we don’t see too often on PlayStation VR. There was a number of moments and scenes that made me go ‘Wow’ – for example; the low gravity environments and when entering the Tower of Babel level.

The audio aspect of the game does a great job of keeping you immersed in the game and environment as well. The voice acting is at a great level, which was going to be important given how narrative based this adventure is. Putting these with the visuals and it makes for an immersive experience.

The game can only be played with a DualShock 4 controller, but as you do not actively need to pick up anything, the team decided to go with this method – as single hand movements are not needed. Where I am usually a big advocate of using Move’s to give that little bit of extra immersion, I can see the teams reason for taking the approach they have. When it comes to the comfort of players the team have added the options to use blinders on the both your character and Newton and I played the game seated, as I see no benefit from playing it standing.

In order to complete the game you will get around five to six hours of gameplay, and the narrative of the story will keep you invested for the whole play-through. However, one you have completed it there is no reason to revisit the game. But, for what the game is doing the five to six hours play time is about correct.

Eden Tomorrow showed a lot a promise, but the gameplay side could put people off finishing the game. This is down to most of the gameplay elements having their own little issues, and the repetitive nature of the simple puzzles. However, if you are looking for something that brings with it solid presentation, some great set-pieces and an engaging narrative – this could be the game for you.