Ever since it was announced Ghost Giant has been on my radar, as I loved the artistic design to the characters and world that was shown in the announcement trailer. Well the game is finally with PlayStation VR users, so what did I think of the of the game?

The story and narrative plays a huge part in this title, so I don’t really want to go into much detail around this area. The premise of the story is based around Louis, who is facing some issues at home and this is causing rifts with the friends he has and also his mother, meaning he is facing all this alone. While he is on his own and upset, like in Moss previously, you appear to help this suffering protagonist. You appear in ghost form and you are going to accompany Louis through he journey… but can you sort everything as a team, and bring the light back into Louis life?

The way you a going to be doing this is helping Louis solve puzzles in each of the games areas, which will see you doing tasks like helping him plant sunflower seeds and accompany him to a grave yard. The idea is basically using your size as this huge ghost giant looking over the areas you visit and the inhabitants in that area to solve puzzles in order to progress.

I wont lie some of the puzzles had me stumped for a little bit, but in the most case they are simple to solve. You will just need to listening in to the conversations around the town to get some clues on what to look for. Then if that is not enough you can just hound Louis and he will give you tips – so it’s not all you just helping him in this way. The puzzles are well designed to make use of what are like little diorama scenes, with you being able to lift roofs, rotate buildings and mess with other parts of environments in order to take in the great story and character interactions within each scene.

With all this in mind a huge part of the gameplay works due to the bond you build with Louis, with nice little touches of interaction like having a secret hand-shake and sometimes having to give him a stroke to calm him down and comfort him.

The final little addition is that each scene brings with it a number of collectables in each area, these come in the form of little caterpillars to find, hats to find which you can then put on the characters in the scene, windmills you have to blow on and my favourite a basket ball you need to get into the hoop somewhere in the scene. 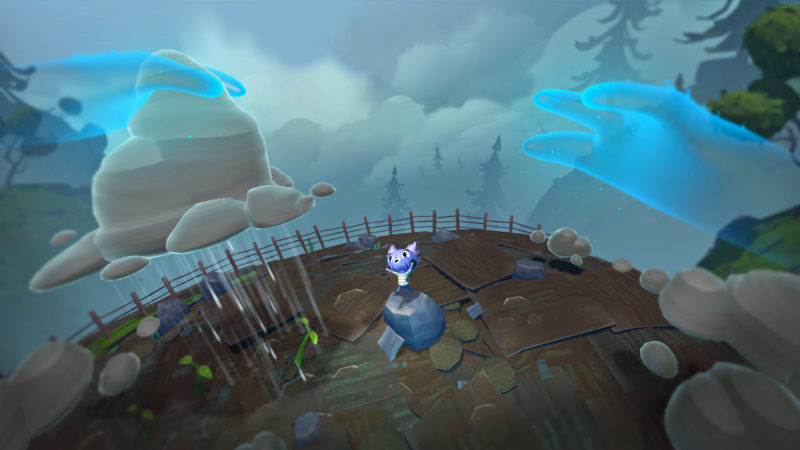 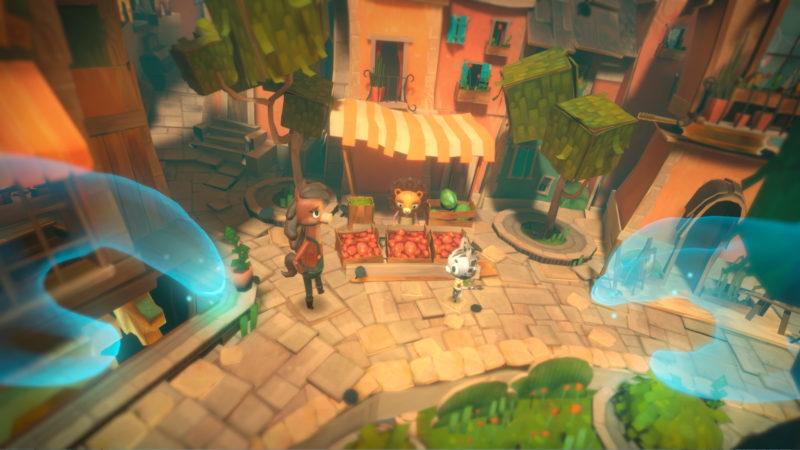 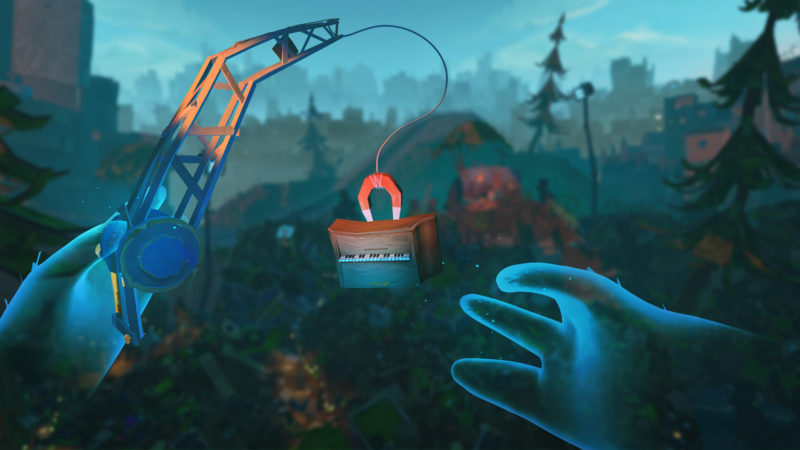 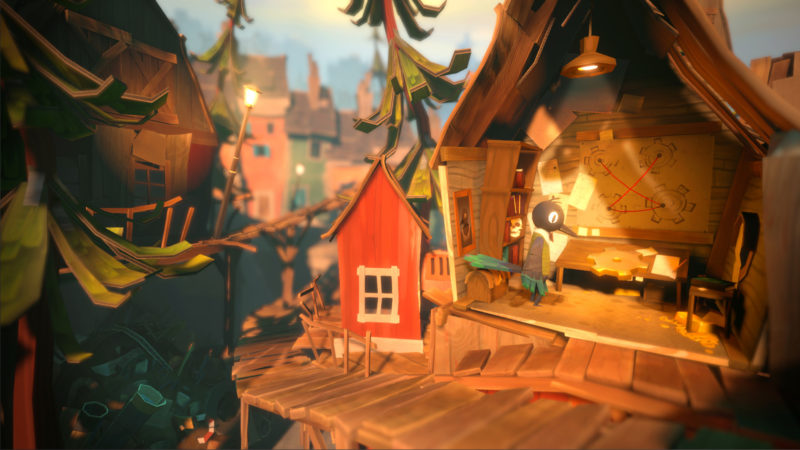 When it comes the presentation in the game, every element of it is well designed. With the environments in the scenes reminding me of something out of a pop-up book or the Vita title Tearaway. Although the game brings with it this aesthetic to the worlds design, you are fully immersed throughout the whole play-through. Bet it the bright areas, the darker scenes and even changes as the scene goes on.

With the story, narrative and your bond with Louis playing the main part in this game; the audio design was going to have to be perfect. I am happy to say that every element of this part of the game is. The voice acting for all the inhabitants that play part in this title is outstanding – making not only the main narrative element but the little humorous discussions around the scenes a pleasure to take in. Putting them both together it really is so hard not to be drawn into the game and being immersed as your role of the Ghost Giant.

When it comes to playing the game it can be played seated and standing, with both ways working just as well as the other – however, I played most of it standing. The way the team have got around the elements of your size is if you are sat down playing the game world sort of shirks around you, but it does not make it seem out of scale in any way. To play the game you are required to use two PlayStation Move controllers with each one representing each of your giant hands. In order to navigate around these scenes you will be using either the Circle or X button to rotate in that direction. Then the grabbing is done between the Trigger and Move button on the controller. This control system is perfect of this title.

Now the one little let down is the games length, even with getting stumped in some puzzles, it took around three hours to complete. If you are only playing for the story element of the game it will be hard to return to the game. Then given the amount of collectables in each scene, if you are looking to get all of these you could possibly add another hour or two to the play-time.

Ghost Giant is another great VR title that uses the story and narrative as its main focus, bringing a fantastic story and a bond with Louis that would only work in this medium. Every aspect of the game has been well planned and brought to life beautifully, from the world design and art style, the use of audio and the imaginative puzzles. The only stumbling block for some might be the games length, but I think the rest of the game makes this a short experience that you will love every-step of the way – with Zoink AB really bringing an experience players of all ages will enjoy.