When I first saw Intruders: Hide And Seek I thought was the game going to try to be horror or stealth or maybe a bit of both – either way these are both elements that have been proven to work in VR. Well I have finally got around to playing through the game, what did I think of it?

It’s hard to talk about the story of the game without giving too much away. But, the premise is your house has been broken into, your parents held captive, you’ve locked you sister in the panic room. The question is can you evade the intruders and survive the night?

The idea behind the gameplay is being stealthy and avoiding the three intruders, while you are carrying out the tasks and missions around the house to aid you in your escape. This will see you going from room to room in the house looking for objects, getting to your parents and trying to make contact with someone for help.

The three intruders will have set paths they walk in each chapter, so you will normally need to observe their path before making your move. As with another stealth game your task is going to be avoiding being spotted by them with their flash lights – as you expect they have cut the power to your house. Moving around them crouched to not get detected and when possible hiding under objects or finding another path are going to be your only options.

If you get spotted it’s time to run and bring in the hide element of the games title. Around the house there is multiple hiding spots, so try to lose the intruder that has spotted you and hide as soon as possible. I found the best way to make sure you are prepared is look for points as you move around that area, so you’ll have an idea of where to run.

The final element is when you are hiding you might start to breathe heavily, when this happens you must shake your controller at a set point on the heart rate monitor line. This will calm your breathing and make sure they do not hear you and find your hiding place. Once they give up and return to their routine, it is time to leave your spot and try again. 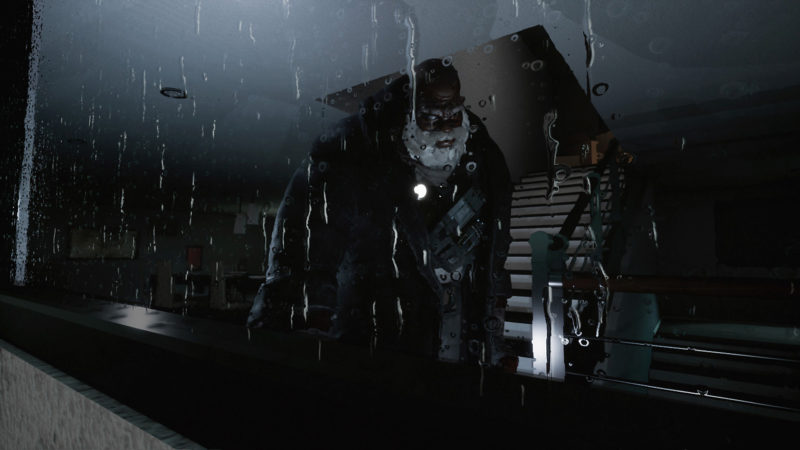 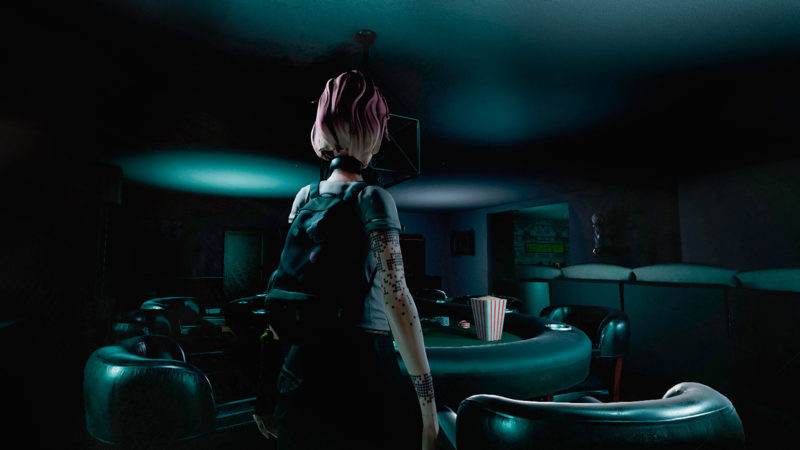 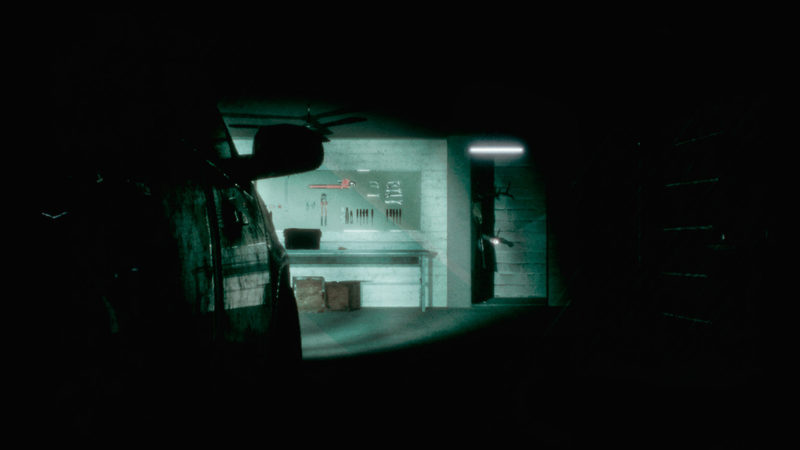 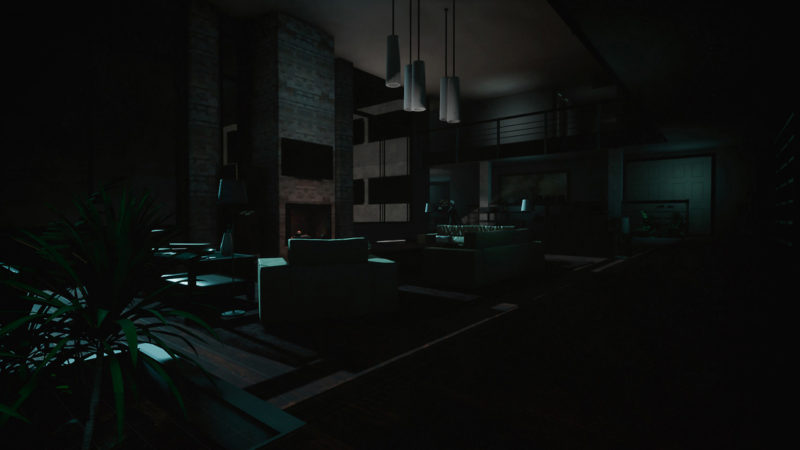 Where the gameplay brings in the stealth element of the game, the presentation is where they will try to bring and horror – I say try as you never quite get that horror feeling. The visuals in the game take a little hit when playing the game in VR compared to the none VR option, but it still does a decent, although mixed job. Inside of the house everything is quite detailed and keeps you immersed in the game’s setting, however, when looking at the outside it all drops a little a bit of detail and clarity. Although this is the case ninety-nine percent of the game does take place in the house – so it doesn’t take away from the game too much.

In the most part the audio is done really well and works on building the tension, to go with the stealth gameplay. This is done using some slight backing music, the noise of the rain hitting the windows, the storm outside and hearing the intruders movement and them talking. The only part that let’s it down is the voice acting is not that great, but, again this doesn’t take away from experience enough to ruin it. They then crank the background music up when you spotted to add that extra tension to the sound.

The team at Tessera Studios decided to go with the DualShock 4 for the control method in the game. Where some see this as a bad thing I can not see any way the game would have benefited from the use of the Move Controllers, and the control system they have chosen works great for what the game is doing. With this in mind and the game also being playable in none VR, the game is made to be played seated.

There is eight chapters in the game, that will take you around two to three hours to get through – this is down to the game not really being that difficult. In my playthrough I got spotted about four times and caught twice, so the game is not really prolonged by the difficulty. However, this is not a bad thing as getting caught over and over and having to restart that section would soon become annoying, and with the gameplay and how the game works I think the three hours is about correct play-time.

Intruders: Hide And Seek brings fantastic stealth elements and tension building, however, it does not stand out on the horror element compared to others in that genre. Although there is a drop in visual clarity in the VR mode, it is not that much and the games tension builds a lot better in VR. Where some may see the controller choice and games length a put off, I think the team got these correct for what the game is doing. The games only downfall for me is the voice acting and a few bugs you might run into while playing the game. But, if you want something a little different with an interesting story, you should take this into consideration.

PlayStation VR Exclusive (can be played in none VR)
Developers: Tessera Studios
Buy Intruders: Hide and Seek on PlayStation Store