One thing I really like in VR is when developers look at possibilities that the medium holds, that are outside of the box. These possibilities are normally best explored in story-like experiences, and this is the approach that the team at Funomena have taken. So, did this experience leave a positive impression?

Luna tells the story of a young bird, who soon faces a drastic change while creating its nice new home. As the moon looses its light and a storm takes it far away from its nest. Now it’s the young birds job to use it’s singing voice to try to bring the light back to planet and more importantly the moon, as it retraces it’s way home.

Although the game is more focused on the story-telling, the team have brought a number of gameplay elements to complete between the narration. Most of the chapters in the game are broken down into four elements to bring that part of the world back to life bring some light back to the moon.

These four elements are; following a pattern of touching plants to the bird’s song and then solving a puzzle arranging stars to create an environmental object. Once you have done this you will fly to a part of the world that is lifeless, you can then use the objects you created in the stars to bring the world back to life. Once this is complete you will then need to follow circles with your hands to sing and connect with the animal from that part of the world.

In each chapter these tasks get a little bit more to them, but they never really get difficult. This will see longer pattern sequences and new challenges being added to the star arranging. Which I think was the best way to approach this, as this does not make for long breaks in the story. 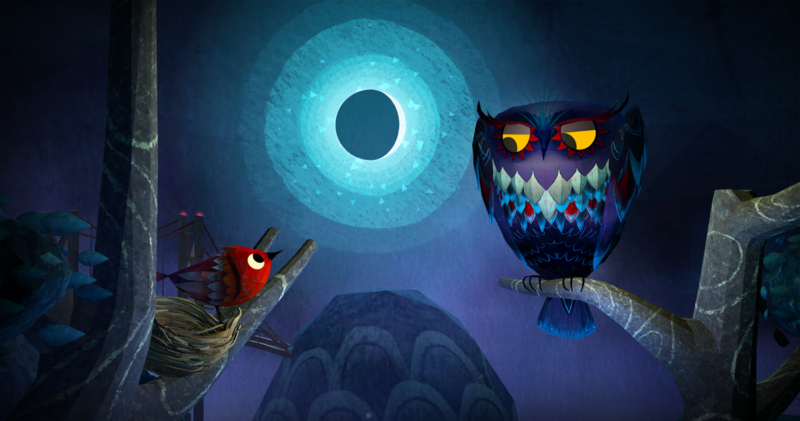 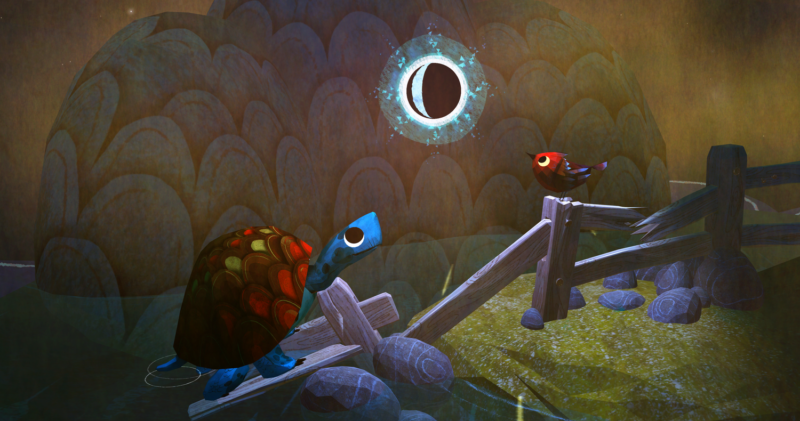 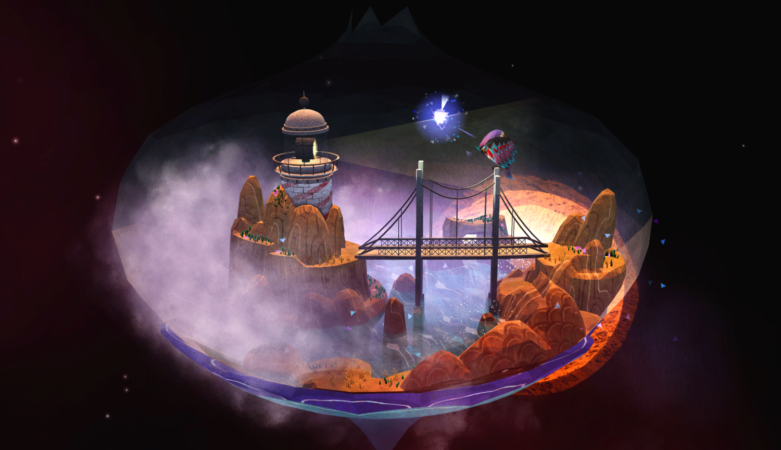 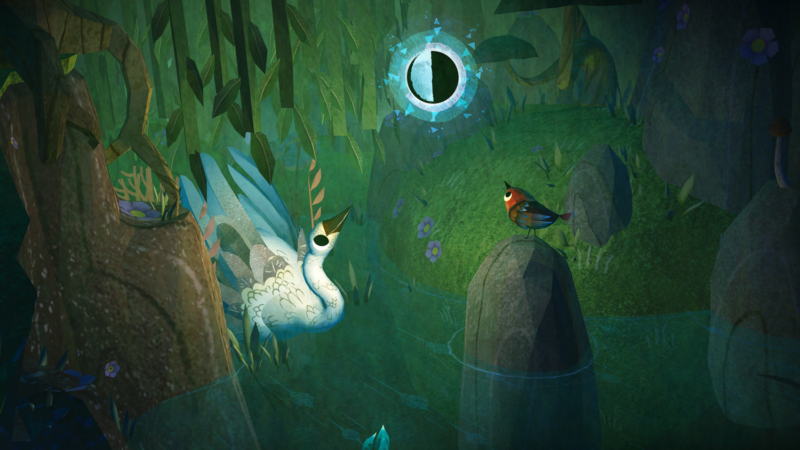 When it comes to the visual presentation the game really takes a children’s story-book aesthetic, with it reminding me of Maurice Sendak’s Where The Wild Things Are. Taking this approach made the story-telling have a world to grow in, and the story and visual style really blended together fantastically. Another thing I loved was the games use of looking over a dome when completing the note patterns and adding the plants and trees back into the worlds, and then when telling more of the story and singing with the animals it took you into the dome with them. This change in sense of scale gave you the feeling of being both the overseer and also being immersed in the world.

The audio left me feeling probably the most relaxed I have ever felt in VR, and made me thankful I was not a child, as it built the sort of feeling you were being told a nice bedtime story. This feeling is created by the ambience from the background music and the relaxing voice of the narrator. The use of the sound really does bring the story-telling experience to life, and shows the amount of effort and love the team have put into wanting to tell this tale.

Given the gameplay elements and what Luna does, I found the game is really made to be played seated. The team have also given players the option of using either two Move Controllers or the DualShock 4. Both of these methods work well, but personally I would recommend the Move controller method if you have them – as they feel a little more immersive and less fiddly.

Luna will last around on hour, but with this being more a story-telling experience with gameplay elements I feel this was the correct length. This keeps the story at a length that will keep you interested and also makes for one of the most relaxing experiences I have had in VR to date.

Luna is one of the most relaxing a best story-telling experiences I have experienced in VR. With an illustration style that took me back to one of my favourite childhood books, the team really brought the story to life. The price point of $14.99 USD might be off-putting to some, given the length and it having no replay value – but it really matches the production value of Luna. I would personally say Luna is something you need experience, even if you wait for it to go into a sale.

Also available on HTC Vive and Oculus Rift
Can be played in none VR
Developer: Funomena
Buy Luna on the PlayStation Store