One thing VR let’s you do is put yourself into worlds and situations you would not hope to find yourself in. Naked Sun will take you to 2232 in the often visited futuristic idea of man vs machine, an idea that has been visited in titles like Robo Recall. The question is does Naked Sun offer something different?

The story of Naked Sun is the robots are starting an uprising and the human race is now under the threat of extinction. But, you are not put in the position of man taking on the machine, instead you are robot with a human brain that is infiltrating the robot dominated Mexico City. Your mission is to intercept a cargo train, kill the city’s defence systems and disable the mainframe in control of the planet. The question is can you take back Mexico City, and start to turn the battle back in favour of the human race?

This opens up the gameplay which is an on-the-rails shooter, which I don’t think are really that common on the medium, although being a safe bet – don’t get me wrong there are plenty of shooters, you just don’t see many on-the-rail. Naked Sun seems to have blended them both well, but it does come with issues.

You will find that shooting in the game is very responsive and accurate, which was going to be essential for what Naked Sun offers. As you would expect this is going to play like a wave shooter, but you are on the aforementioned cargo train travelling through Mexico City, shooting all the waves of robots that are attacking you, and trying to stop you delivering this bomb to the mainframe.

You will be doing this with three weapons, which are pistols, automatic pistols and a shoulder mounted rocket launcher. The switching from your standard pistol to automatic is one of my favourite parts of the game. This is just done by the pistol in your hand altering it’s appearance, which makes me think of Transformers with how effortless and smooth it looks (I actually found myself switching between them randomly). As well as your weapons you are given a shield, which will be become more important in the last section, until then you might get along without it. Both your shield and rocket launcher will come with a recharge period, so you can’t just spam use these additional bonuses all the time.

Now, this is where the issues show their little shiny metal faces. For all the responsive gun-play, the AI are just plain up dumb. They have no sense at all, they all gravitate to areas that can be destroyed or where things can take them out, and you will find they are just standing targets if not. Also with what the game is doing and the story it is telling, you would think they must have some intelligence to be over-powering the human race.

Then just to add a little of insult to injury, the human voice in your ear couldn’t hold you hand any more that it does – especially when it comes to the weakened areas the AI gravitates to. So, although the weakened areas are highlighted in the game, the voice in your ear tells you were every single one is and also feels the need to tell you to shoot them. It will also warn when there is incoming drones and where enemies are coming from, really leaving you with no need to keep an eye out or allowing you to be caught out by anything. 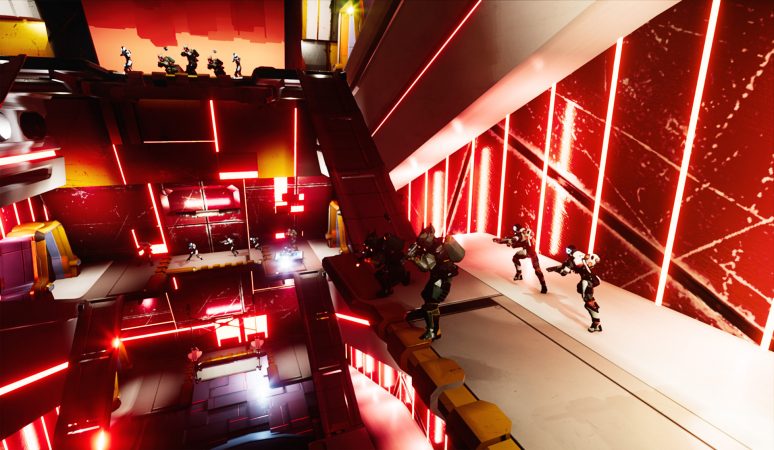 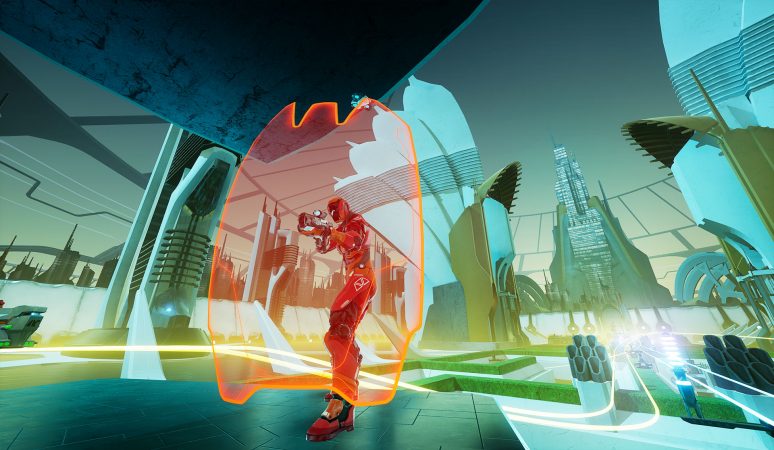 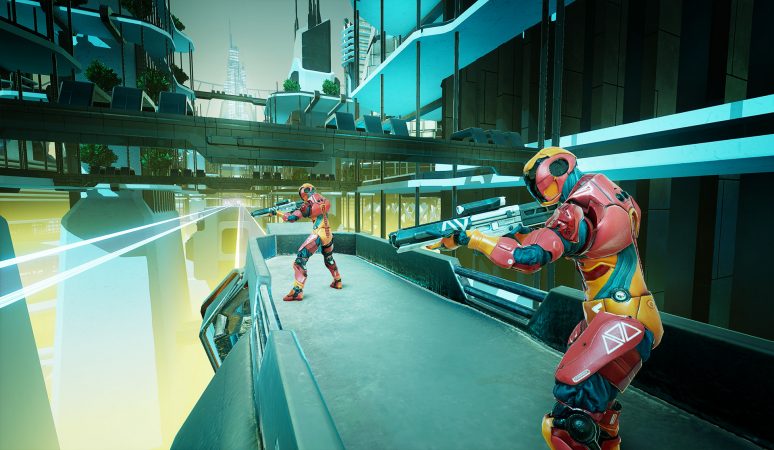 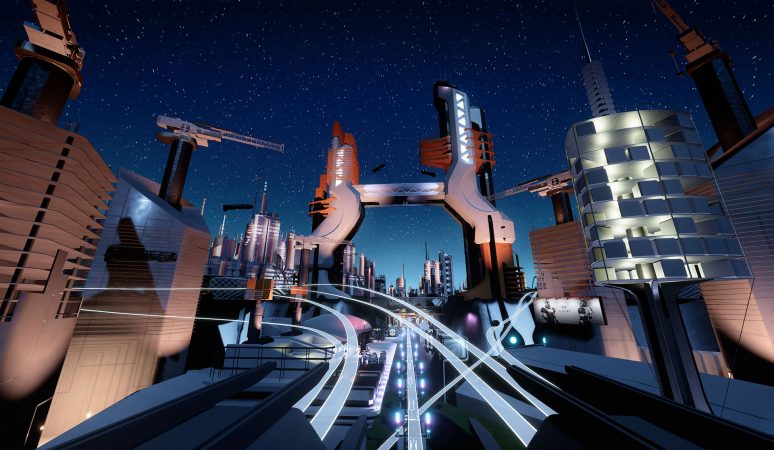 The futuristic Mexico City, really gives the feeling that you are in the future. With the team taking the very clean and simplistic look to the city’s design, that we all seem to imagine the future will be. There was points outside of the action where I was looking around and taking in the city, and it keeps you immersed in the world. They then add in the great details in your virtual hands and the weapons which are detailed beautifully.

Where this done well again, it also brings some more issues. The first being the enemies are repeated from the robots and drones, you are going to get around four models. Where I know this could be because these we mass-produced robot models, a few more variants wouldn’t have gone a miss. Another is they missed some chances to make the full use of the VR medium. For example sometimes the enemies are on bridges shooting down at you, but if you have not killed them all before you reach them, you just get to go by with no issues, they just leave you to it. With what VR offers, these could have jumped off on the cargo train, giving an extra dimension for the immersion in the game.

The city is brought to life by the use of futuristic music playing the background, yours and the enemies gunfire and that voice in your ear giving you the hints and update on your mission. Where the game brings in the explosions with the rocket launcher and shooting explosive barrels, for me the explosions didn’t really pack that much of a bang. However, the overall use of the sound keeps you in Mexico City.

With this being an on-the-rails shooter the game takes the movement out of you hands, and I found there was no need to play standing. But, one bonus of the on-the-rails mechanic was it doesn’t require a huge play space and opens it to those with a little less movement room, also it helps reduce the motion sickness for those who don’t have VR legs. When it comes to the Tracked Motion Controllers, you will be using your triggers to shoot, the touch pad to switch the fire mode of the pistols, and the left grip to activate the shield and the right grips to active the rocket launcher, keeping a simple and easy to use control scheme.

It took me less than two hours to get through the campaign, and I was shocked when I got the end to be presented with a to be continued screen. This is because the campaign seemed to end abruptly with this screen, and we do not know when or if the rest will come. Also it leaves the question… when this does will we be charged or will it be free updates? Only time will tell in both situations. When it comes to the campaign you don’t really have any reason to return to it, but the game does offer an arcade mode to try to provide more longevity.

For everything Naked Sun does well, it seems to be mixed with some negatives. But, what it does is brings a decent on-the-rails shooter experience to the VR platform, it just a shame it ends so abruptly with no information on when or if it will get continued. From my experience with it I would say it is a game that would be well suited to the VR arcades that are popping up, giving users chance to see how VR can be used like old light-gun games and ease them into the motion in VR. But, it’s hard to say it is an essential VR game for home use.