OhShape is the next rhythm game to make it’s way to Quest, with it also offering a great workout while playing as well. But, with so many great games already out there doing this, does OhShape do enough to stand-out and be worked into your VR fitness regime?

The basics of the game take the approach and inspiration of the Japanese TV show ‘Hole in the Wall’, but of course bringing it to your living room by the power of Virtual Reality. This will see players carrying out a number tasks moving through carved out walls, dodging walls or breaking obstacles that are coming towards them to the beat of the music.

The game does use colours to indicate what is need in each situation. The blue walls are the ones that include the cut outs to show the pose you need to do to get through them – these can range from raising your arms, crossing you arms and dabbing just to name a few. You will then get yellow walls which you need to dodge and will have you ducking and dodging – you hands can go through but you have to miss them with your head. Finally you get the red walls which you will need to punch through, these get marked with the area you have to hit. Then on top of the walls you have golden gems placed about the map you can hit to increase your final score.

All of these walls will be semi-transparent meaning players can anticipate what is coming up and it’s a shock what you need to do. When it comes to knowing if you are in place, you will get a silhouette of you position on the wall. This gives you the outline and you need to make sure you arms and heads are in the right place to get through that wall.

When it comes to the play space needed, you might think it is going to need a decent size play area – however, this is not the case. The developers have put in an option that allows you play in a smaller or larger play space. Although we would recommend using the smaller play space mode when starting out, even if you have the larger space. This is more down to getting used to mechanics of the game, as if you have the larger space it will have you stepping left and right while creating the shapes and smashing walls – and not just dodging the yellow ones.

As with most other games in the rhythm genre in VR, you are going to get three difficulties levels – easy, medium and hard. At first we braved hard mode from the get go and soon moved down to normal. As well as these difficulties levels you can turn on No Fail Mode. If you are trying to get the workout more than the high-scores, we would also recommend using no fail mode, then you wont get the dreaded fail during your workout. 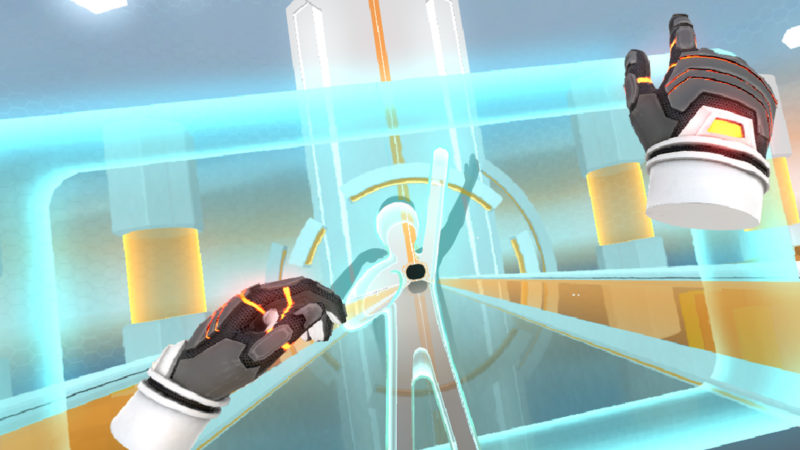 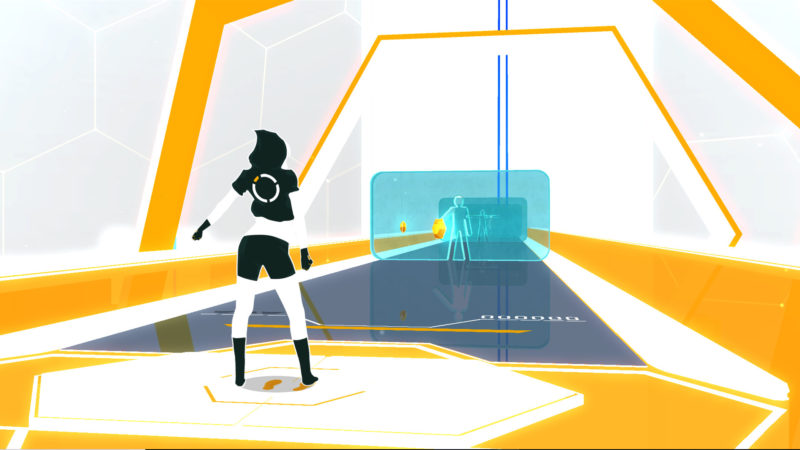 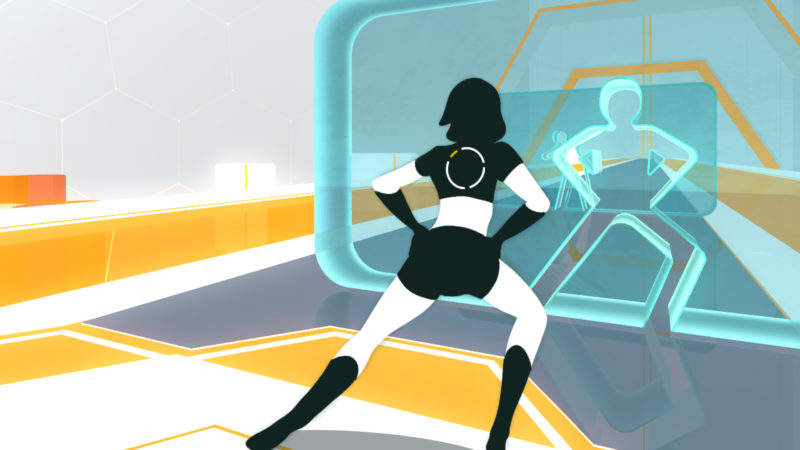 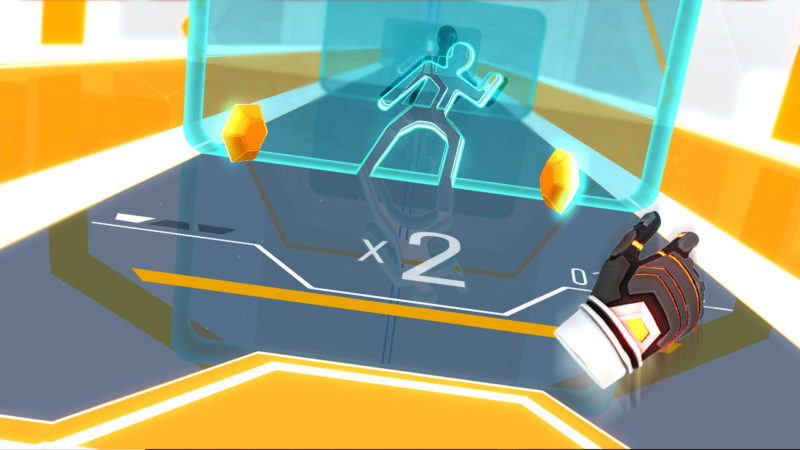 When it comes to the visual aspect of the game, the team have gone with a very minimal approach and this is what the game only needs. The stages are made of up oh white, grey and yellow with the later matching the walls you need to dodge. Then the blocks are solid and semi-transparent in the colours mentioned previously. This really makes it easy to follow what is coming at you and not being distracted by over the top visuals. One things that gave me a bit of throw back to one of my favourite games was the gloves on your in-game hands, as these gave me a feeling of Mirrors Edge.

With this being a rhythm game the audio quality and song choice is going to be massive part of the experience, and is what is going to make people want to keep going back. There is good a mix of genres of music in the tracks on the game from pop, electro, trap and K-pop – and some of these are great and some less compelling. However, there is a track editor meaning custom tracks can be made on all versions of the game – even the Quest. So, you can always add your own tracks or download others to keep the game going.

When it comes to the game, you are going to have to play it standing given you need to get into these positions to go through the walls, and dodge and crouch under the yellow walls.

One thing I was worried about with the Quest version of the game, was how will the tracking work and will it be lost by the inside-out-tracking when doing all these poses. I was pleasantly surprised that tracking was no lost once during all the time playing it never mind the position of your arms. There is no button pressing needed in-game, it’s all just about the positioning of your hands and head to get through the tracks.

Again keeping it simple, and this just allows you to concentrate of throwing those shapes to complete the track and get that workout it offers.

The base game comes with 12 tracks spread across the aforementioned genres, these tracks are no longer than 3 minutes long but on the higher difficulties it gets intense with a great workout. When it comes to the longevity of the title it really is going to depend on if you like the gameplay hook for the game which for me is addictive – and I have been playing nearly ever day since it’s release. Then of course there is the option to add the custom tracks to keep you going back.

OhShape is another great addition to the VR rhythm game family and also one that is going to have it’s place with the VR Fitness crowd. This is one that will go straight to the top of my go to game when I want that work out in VR. The only real issue I found was some of the 12 tracks included are less compelling to play than others, but the custom track support does negate this issue. We would strongly recommend adding this game to your library if you want an addictive gameplay hook and also like to include fitness in your VR gaming sessions.