A year after Racket: NX released on PCVR, it has made it’s way over to Oculus Quest. It was well received by the PCVR community, so it only made sense it would finally make it onto it’s VR tether-less cousin. We have now played this port, but does it port work well?

The best way to describe the gameplay of Racket: NX is like an extreme version of racketball. The core gameplay is down to your skills of hitting a ball at a wall in a dome and returning it. Where you might think this sounds a bit boring, however, the team at One Hamsa have brought plenty of elements and a mix of game modes to make sure it doesn’t.

Within the domes there is a number of electric light up targets on the walls for you take out and to aim for, these are normally spread across the number of panels. This is where your shots come into play, you can hit the ball lightly and it will just bounce of the wall and return to you. But, if you hit them with some force they will ride along the walls of the dome a little, and how hard you hit them depends on how long.

The game throws in it’s first challenge of giving you a time meter to complete each wave in, this is a blue bar at the bottom of the screen – it this depletes your game is over. To help combat this each stage will give you blue + signs in some of the panels and hitting these gives you some extra time. Then as you progress in the stages and waves you will soon get red skull and cross-bones and as you would expect hitting these will eat away at your time. You might asking; how do I not hit either the plus or skulls and cross-bones if my shot is moving across the wall?… You can also call the back towards you and your racket, but this isn’t always freely available.

In some of the waves you will also have power-ups moving around the dome, that you can try to hit to help you out, these can range from extra little explosives coming from the ball or to turning all the skull and cross-bones blue for you. These can become essential in some waves to help you get through them.

When it comes to the game modes, the game comes with an arcade mode, solo mode and multiplayer. Each mode brings something different with it.

The first mode is a solo mode, where you are given a set number of levels to progress through as they start of basic and end on insane. This really felt more like a long tutorial to get you used to the game and everything it could throw at you in the other two modes. But, be warned as you hit the later levels they do become quite a challenge.

The next single player mode is Arcade mode, and this comes with two sub modes included. You have a Zen mode that basically removes times and you can just relax as you play. The second mode it an endless wave based mode, where you will just keep going as the difficulty increases until you fail a wave. This is the mode I have found myself playing more of.

Then of course we have the multiplayer mode, which I think will be most people’s go to mode in the game. You can play private games with a friend or join a public game. In this mode you are both in the same dome and you take it in turns hitting the ball. You both start with five hundred points, with your shots giving you more and taking them off your opponents – all depending on what panels you are hitting of course. At the point of doing the review I have never really faced any issues finding players to take on, but, not a lot of my time has been spent in this mode. 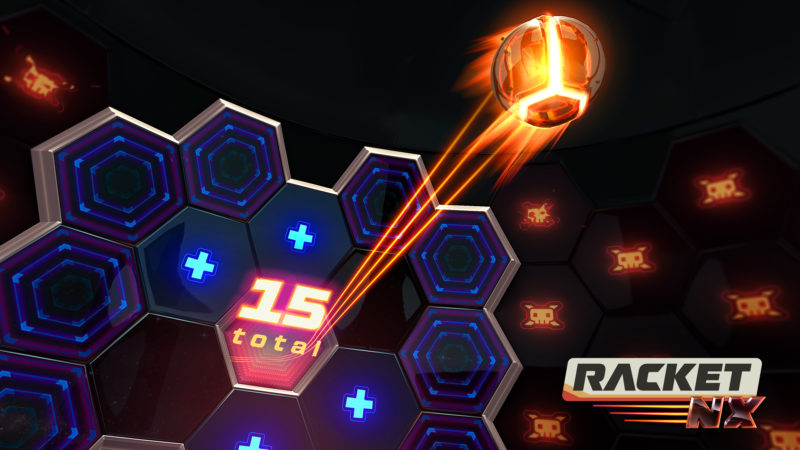 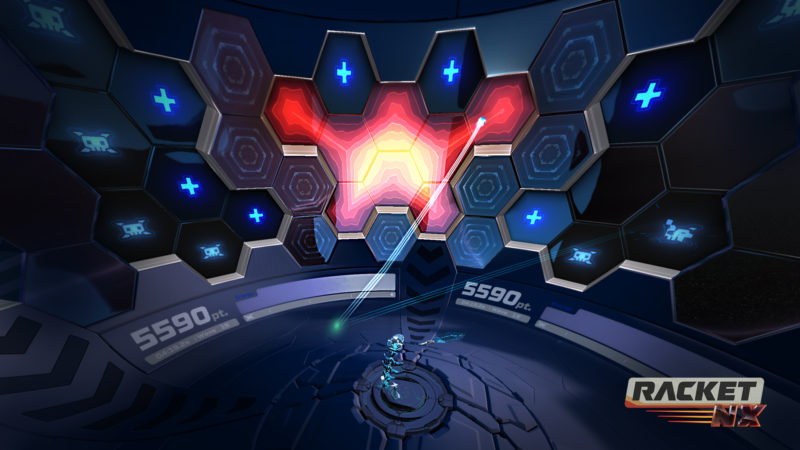 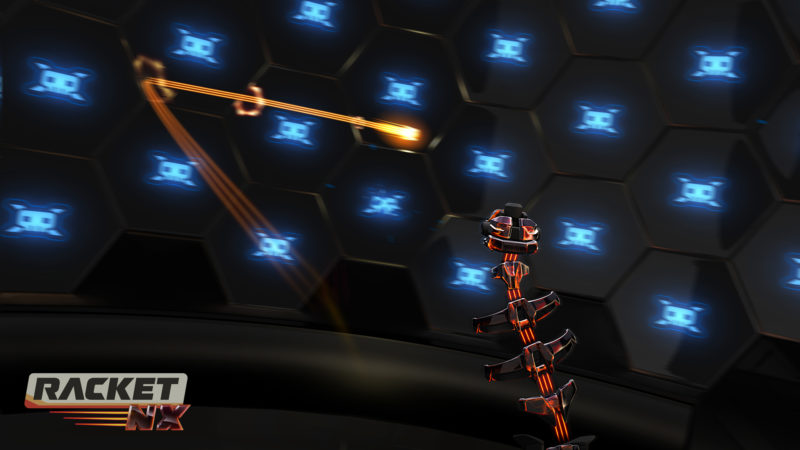 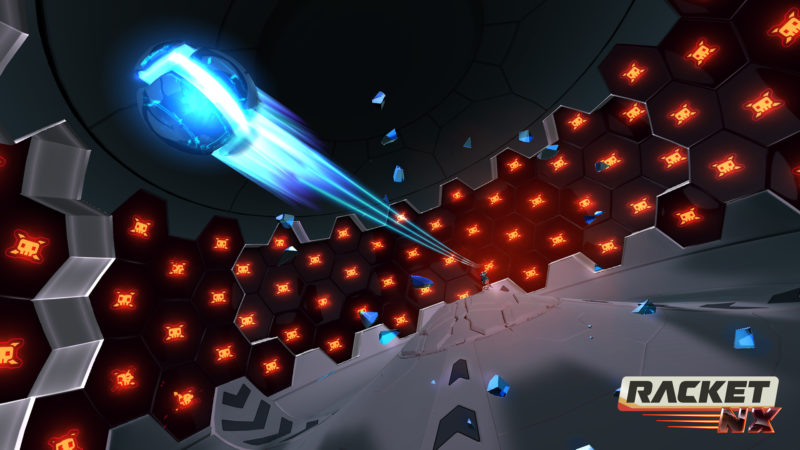 Never mind what game mode you chose to take on, one thing you be guaranteed is a work out. Given the 360 degree domes and the amount of turning and arms swinging you will be doing, you get some exercise while playing the game.

With the visuals the team have taken a very Tron-esc approach when designing the looks of the dome, the ball and your racket – and it really works with the feeling you get from Racket: NX. Also, when in these domes you come totally immersed in the dome and the objective at hand. This is pulled off with the game looking so polished in the visuals department, and one of the best looking games I have played on the Quest.

Audio is always important with a game which is taking the approach that Racket: NX does, because you need something to get your adrenaline pumping for the workout it becomes. The team have gone with a high-tempo techno soundtrack, and as you would expect this keeps you going. However, if techno music is not something you can tolerate, you can import your own tracks into the game and chose to use them from the options. This is really easy to do, all you need to do is connect your Quest to your PC, create a folder called RacketNX in the music folder and copy in your mp3’s – then get playing to your own music. This will give you a wide choice of music depending on what you like, and both the games and imported tracks play at a great clear quality.

Given the very physical nature of the title, this is a game you can only play standing – this is what the game needed to allow it to show it’s true potential. You only need to use one Touch Controller, which as you would expect is your choice for your stronger hand. The only button you will be pressing in the game is the trigger for the aforementioned re-calling of the ball. Also, it is a good idea to play this game in a larger play space, with all the turning it’s easy to move about and you don’t really want to be hitting walls or people – and believe me I hit the wall a few times, despite having my guardian in place.

Never mind what mode you take to in the game, you always have a reason to return. In the solo and arcade mode you will have high score tables to push for and of course multiplayer bringing the challenge of beating others. It then also brings with it that work out elements, meaning if you are looking for another game that brings fitness to VR, this could become another daily driver in that sort or routine.

Racket: NX is the most solid port we have seen on the Quest. Everything about the port is very polished, and we have had no issues with the inside out tracking despite the amount of movement in the game. This is also another title that excels on the Quest given it’s tether-less approach, especially given the very active nature of the game – making it the best platform for the title in our opinion. With the only real issues coming down the it not being available for everyone given the need to play it standing, and the need of a larger play space.