Crytek’s first Playstation VR game Robinson: The Journey takes you to a planet called Tyson III; when the Esmeralda crashes a boy called Robin survives in an escape pod, and creates a home on Tyson III waiting for a rescue.

As the game starts you find yourself in-front of a nest of what are quite clearly dinosaur eggs, this is start of you getting to know the companions that will be with you throughout the game. Straight away an AI unit from the Esmeralda called HIGS will warn you of the danger of these eggs, due to them being T-Rex eggs. Not long after this an egg hatches and you are introduced to your second companion an orphaned T-Rex who becomes known as Laika. Both these characters become essential to your journey, and your survival. But, HIGS is not happy about you adopting Laika because he knows she is a dangerous animal, or will be one day – with him being against anything that could hurt Robin, all he can try to do is teach Robin she is a danger, and a waste of resources.

This then opens up the story a year later from finding Laika, and puts you completely in charge of Robin, who with the help of HIGS has created a world for himself. He has pod he can call home, a farm so he can grow his own food, and a fence that protects him and Laika from the dangers of the planet around them. Your story starts as you leave your pod and work on getting the land surrounding your home back in order, and while playing hide and seek with Laika, you discover a HIGS unit carcass that was cast from the Esmeralda during the explosion. This starts the true adventure offered in Robinson: The Journey, upon scanning the carcass it unlocks secret information regarding the crash, you then set out to find more HIGS units for any more information you can get– with each revelation becoming more shocking than the last. 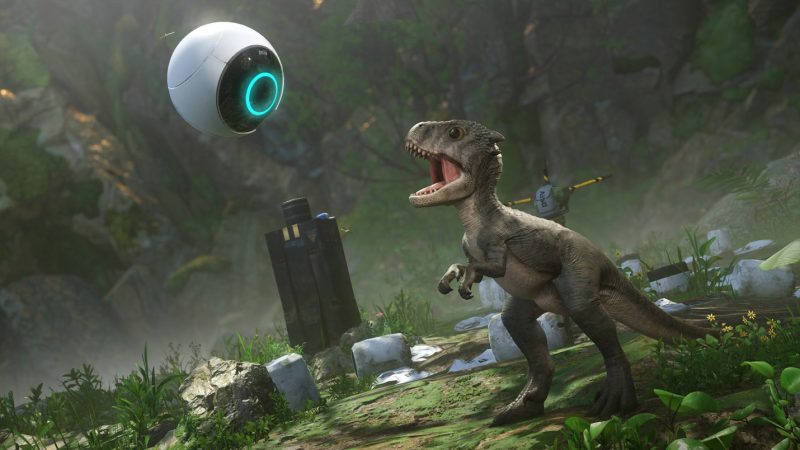 The gameplay of Robinson: The Journey is all about the adventure of exploring Tyson III, and the challenges that are thrown at you in order to get close enough to scan the further HIGS units you come across. You are taken to a number of areas within Tyson III each one throws a different puzzles at you, which can include challenges like climbing, moving debris (via the multi-tool you are provided with), and repairing equipment to name a few. It is also mixed in with puzzles that you have to solve as HIGS – this is done by looking at HIGS and pressing X. This activates a 3D diorama style view with a power grid on it, in order to restore the power you need to get the right amount of power to set parts of the grid. I thought this was a nice mix in the puzzle aspect of the game. To me the puzzles offered within the game vary in difficulty, and depending on how quickly you can solve them personally will alter the length of the game.

The game is played using the Duel-Shock 4 controller – with the d-pad being used for commands for Laika, the left analogue to move, and the right to turn, the X button is used as your action button, Triangle to toggle the control help, R1 to toggle Levitate and Scan mode on your multi-tool, R2 to Levitate or Scan an object, and L2 becomes a Laser pointer, which can be used to direct Laika places. Also when you come to climbing, your multi-tool will no longer be in your hand and the R2 and L2 are used to grab with the corresponding hand. While the use of the Duel-Shock controller can take a way some of the immersion you could have had with the use of Move Controllers, it was realistically the only way that the control scheme could have work entirely in the game. Although it is reported Crytek may introduce the support for Move Controllers in the future.

One of my worries when I started controlling Robin, was that the movement was fully controlled walking, as previously games using the same control scheme had cause me personally some motion sickness. However, I found I was able to play Robinson: The Journey for a prolonged amount of time, with no feeling of motion sickness at all. This said it is hard to say this would be same for every player as it all depends on each persons tolerance for VR gaming, which can vary. 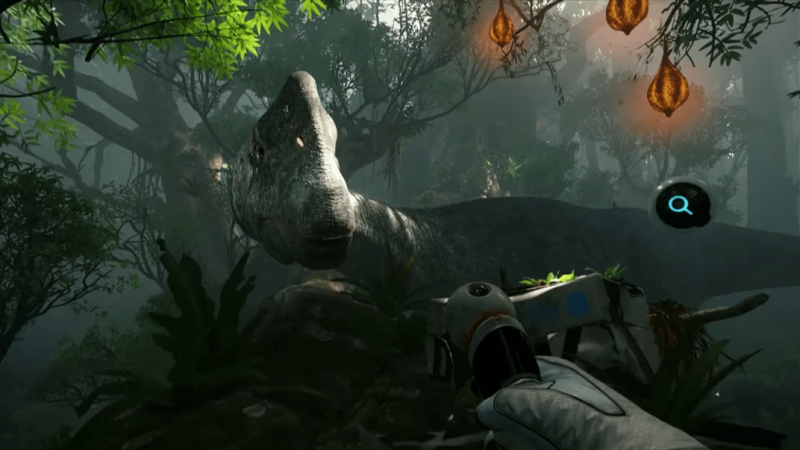 As soon as you get the glare from the sun as you walk out of your pod you call home, you can instantly see that visually Tyson III is going to a joy to explore. This is the best looking Playstation VR game available to date, with a lot of environmental movement that just adds to Tyson III’s immersion. Crytek have done what is required based on the surroundings and the prehistoric nature of the game’s setting. Each creature on the planet from the smallest bug’s to the brontosaurus’s have all been given character and multiple colour schemes, which is paired with the detailed colour rich environment – making for a visually stunning and immersive world.

A long with the story driven areas of the game, Crytek make you want to explore the world they have created more by adding some little extras. When you come across the creatures of the Tyson III, you can use your multi-tool on Scan mode to scan the animals this will add them into HIGS Infotarium. In the Infotarium you can view more information on the creatures, as well as being given a better look at them in what again could be described and a diorama type object. In order to get them scanned to completion you have to scan multiple of each around the planet. Also hidden around the Tyson III are hidden Communicators which you can scan, again these are added in the Infotarium. The Infotarium is accessible using the touch pad on the Duel-Shock controller, and will also include the audio and images located within the HIGS carcass’s that make the story of the game. The menu is opened by pressing the touch pad, this includes the Infotarium, a map, and information on your progress with the games Trophies. 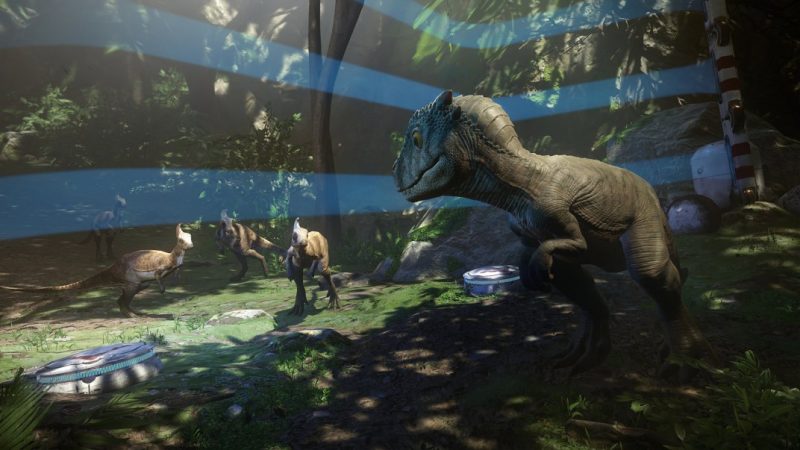 One small issue I found with Robinson: The Journey is the check point system, which can be unforgiving. Due to the fact it will not only reset your progress back to the last check point in the game if you die, but if you have scanned or found any new creatures in this time it also loses the progress on them as well.

With a lot of the titles on offer on Playstation VR feeling more like VR Experiences rather than VR Games, Robinson: The Journey is a fresh of breath air to the Playstation VR. Offering a good story, mixed with great visuals, and a story campaign that can last four to five hours (depending on your proficiency at the puzzles); which is then extended further with the exploration options on Tyson III. This makes what starts off as repairing your living quarters, and playing with Laika, soon escalate to a grand adventure, that has you walking among dinosaurs of a gigantic scale.

Robinson: The Journey does not only offer the best visuals available on Playstation VR, it also offers one the longest story driven VR experiences to date. With an interesting story and a pet T-Rex (which person wouldn’t want one), Crytek have provided a killer exclusive for the Playstation VR.