We first heard of ROGAN: Thief in the Castle as part of Uploads E3VR event, and straight away we knew this a was title we needed to check out. The reason I thought this was it seemed we were finally getting a Thief in VR. We have now that chance to play through this, was our excitement worth it?

In the game you are placed into the shoes of a thief called Rogan, you are breaking into a castle and soon find yourself if the right place at the wrong time. As you are scouting out a room for goods to steal, a woman called Victoria rushes into the room injured and fighting off a guard. Soon she spots you and threatens you, so, as a thief you do what you do best offer to help for a payment. This sets you on an adventure of trying to prove Victoria’s innocence in the situation she is in, the question is can you?

The gameplay all resolves around you using your skill as a thief and getting around the guards that are patrolling the halls of the castle. As you move through the game you get more and more options to help you do this, but your main tools are hiding, watching he guards paths and moving around them. However, when this is not an option you can distract them by throwing objects and moving as they investigate the noise or sneaking behind them and knocking them out if a weapon is available. Another skill that comes into play from the beginning is a thief sense, you cover one eye and where you are aiming to go next will glow.

Outside of your stealth, you will be investigating rooms looking for items to prove Victoria’s innocence or getting an understanding of what happened. This will sometimes see you investigating objects or solving puzzles within the rooms. Those are the main elements in the gameplay, but with what the game is doing I feel it is really all they needed, this allowed the team to portray the story and your character perfectly.

The final little element to the gameplay is you will find objects littered around you can steal – meaning you are still sticking to what Rogan would be doing, and keeping the immersion in this role. I think this was a real smart move by Smilegate Entertainment, as it’s keeps you in the shoes of a thief and didn’t make you suddenly just forgot your original reasons for entering this castle. 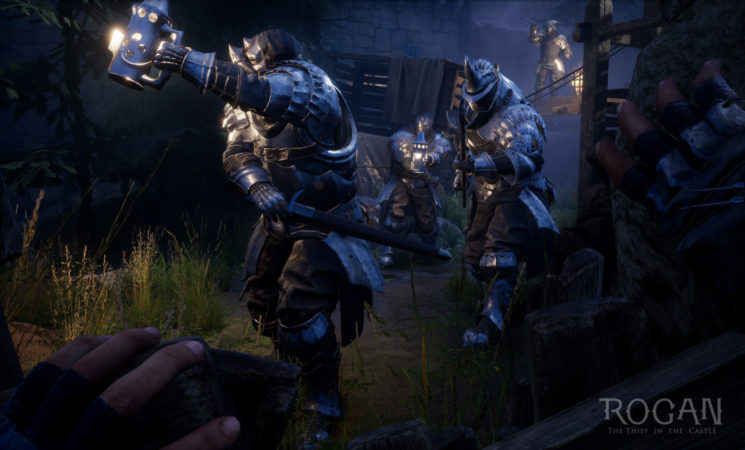 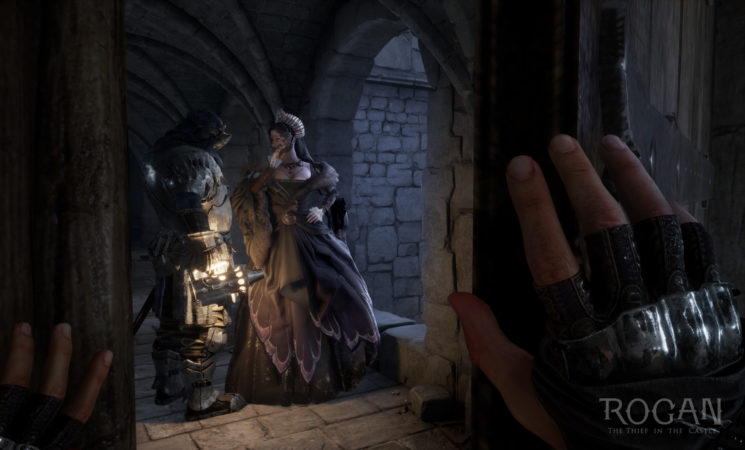 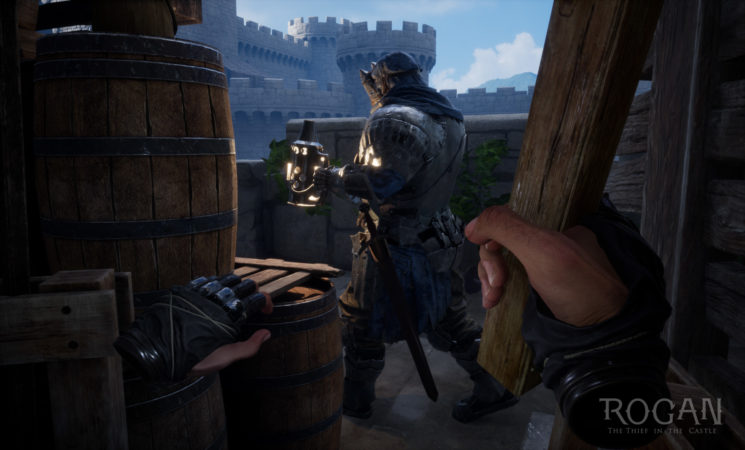 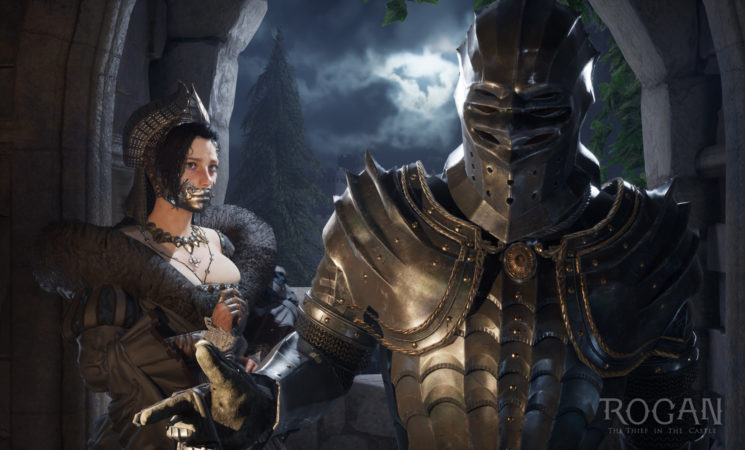 One thing from noticed from the game trailer we watched on E3VR, was the visuals were jaw-dropping and they really have carried these over to the game – we all know as gamers the promise of a trailer and just don’t get it in the game. Everything in ROGAN looked very detailed from the textures in the building, the cloth and the reflections, which all really keep you immersed in the world. However there some little niggling issues within this as well for me, the glow on the items you can steal are bit bright making that element of stealing quite easy. Although, the main offender is you being able to see your characters hood all the time. Where they might have taken this approach to add to the immersion, and possibly to combat motion sickness for those who suffer that, but, the option to turn it off would have been a great addition.

Smilegate also took the correct approach with the audio, they have only really used real world sounds – except when you pocket the stolen items. This allows you to monitor the guards activity and if you are making noise when moving around the castle – as if you walk to heavily you can alert near by guards. Overall the 3D audio in the game works great, and they have got some decent voice acting for the main characters in the game. Again though there is some niggling issues included, the guards footsteps are too loud, I understand they are wearing hulking armour, but at times you can’t hear anything but their footsteps – making it hard to monitor yours.

The game is to be played standing, as you need to hide behind lower objects at times not to get caught, and with no duck button being included in the controls, you need to do this yourself. When it comes to the controls you are only going to be using the analogues to move around and the trigger buttons to grab the objects or items needed. This is a really simple control scheme which works given your only skills are being a thief.

The game took me about three hours to make my way through it on the Normal difficulty setting, but it was three hours I enjoyed from start to finish. Where you might see this as short, I can see myself giving it another play-through on the now unlocked Hard mode, and believe many others would be tempted to as well. Also, throughout each chapter there is three items you can collect, so if you want to be the completionist you will need to go back and find any of these you missed.

ROGAN: The Thief in the Castle really does give you the feeling of being a thief, and keeps that feeling by making sure you are still stealing, as you now go on this adventure for a payment. The mechanics behind the few gameplay elements are solid enough to keep you immersed in the detailed world they have created. With my only few niggles coming in the form some of the visual choices and slight audio issue. But, the game brings a story that will keep you interested through your full play-through, which seems short at three hours – but, I think people will play it more than once. 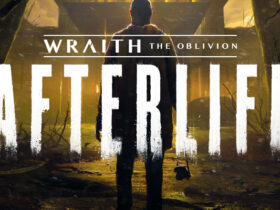 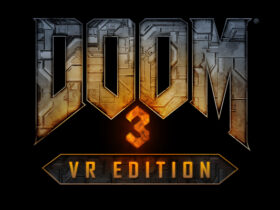 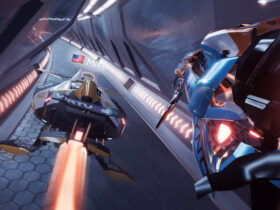 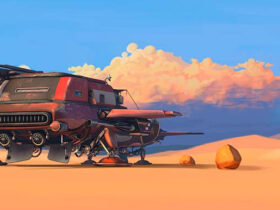