For the purposes of transparency, this review was created using free download content. In order to play the this additional content you need to purchase the full game.

I was really happy to hear that the team at Monomi Park were bringing VR support to the their popular slime farming title Slime Rancher. Then it was confirmed that the VR mode will becoming as a free download to those who own the game… but what does it actually offer?

Firstly I would like to start with saying unfortunately this is not the full game you get in the flat screen version, and is just an additional VR experience, that sort of feels like a demo of what it could have been.

For those who have not played the flat screen version of the game, the best way I can really explain it is think a game like Starview Valley, but you are farming slime. So, I am sure you are asking what does the VR version bring then?… This is what the team have called Playground mode.

In this mode you are provided three smallish sandbox areas based on settings from the original game, and you get to go around these areas farming this slime still – but with no real goal in mind. You can go around these areas vacuuming up the slime and items to feed them with, which will make them grow and provide you with plorts. But, you will not get a marketplace to transfer the plorts to in-game money as you do in the main game. Although you can use these on one of the playground worlds to feed to others and create some super slimes. 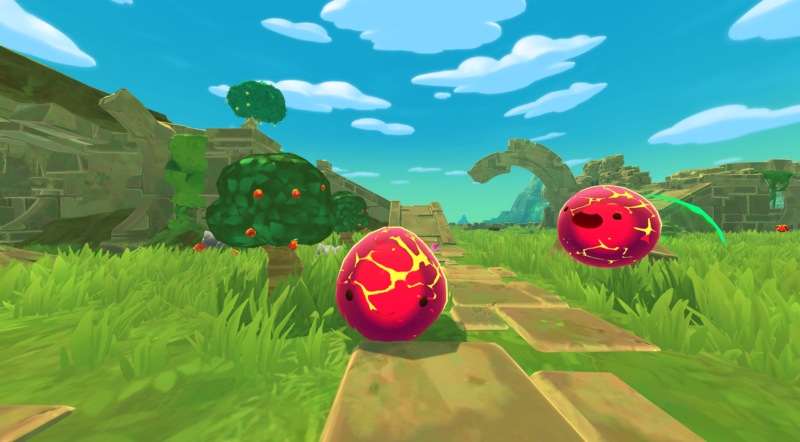 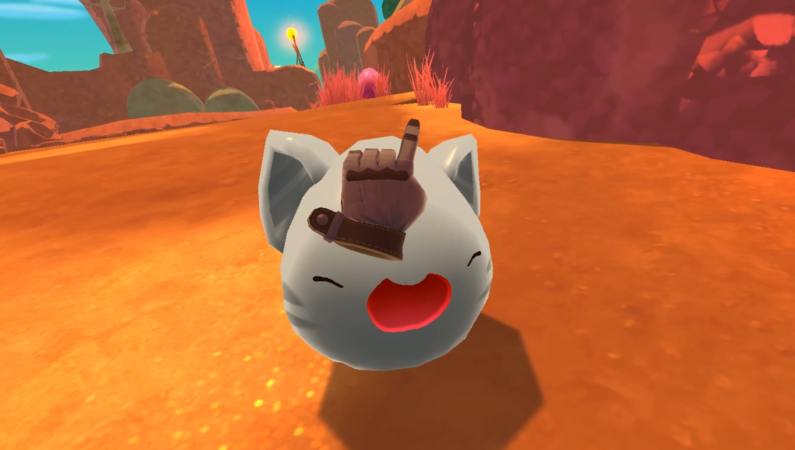 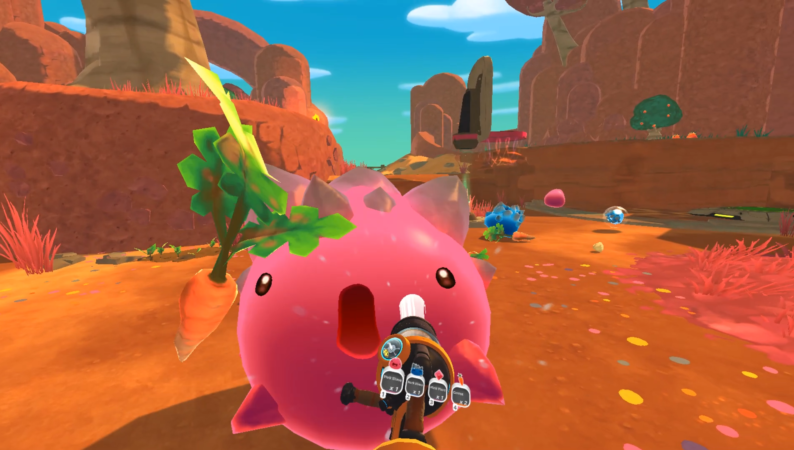 Also in one of the worlds you can play some slime basketball by firing the slimes out of you vacuum, getting one in will start a timer and the basket moving. You can now try to score as many as you can in this time frame and then you can go back it you want to set new scores.

One thing that has transferred well into the VR is the very vibrant world and slimes. The visual presentation is very strong with all the bold colours really popping inside the Vive. These are then mixed with the nice relaxing music and the fun sounds of slime ranching, to keep you relaxed and immersed in these little playground areas.

The team have taken the time to implement the use of the Vive Tracked Motion Controllers instead of sticking with the keyboard and mouse or gamepad, which is nice. At the moment there is only slide movement in the game by holding down the trigger on your less dominant hand and using track pad to turn. The other hand is your slime vacuum and the use of the vacuum. The game can also be played seated or standing.

Where you can have a lot of fun with the DLC for a short amount of time, you will not find yourself going back to the playgrounds on a regular basis. However, you might head back into it when you want to just put on your HMD and relax a little.

When I first heard of Slime Rancher receiving VR content through DLC, as with many I was hoping for the full game in VR. Instead we were presented with the Playground content. Where this keeps that Slime Rancher charm, it just wasn’t the experience I was expecting. If you are thinking of buying Slime Rancher just for the VR DLC and would not touch the flat screen side of the game, it’s hard to recommend it for the price point. But, if you already own the game, then it’s worth checking out for free. 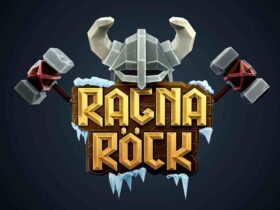 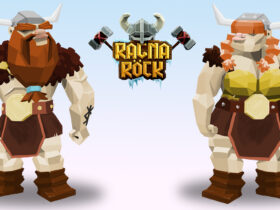 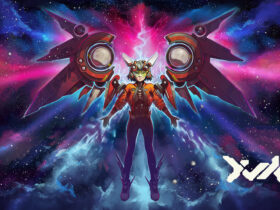