One thing that seem to be coming more often the VR medium are rhythm games, but none have yet to find the formula needed to dethrone VR favourite Beat Saber. The latest game to try to do this is Synth Riders, the question can the team at Kluge Interactive manage this?

As mentioned this is rhythm game, so as you would expect this is all going to be hitting objects to the beat of the music . But, the team have made some moves to make their title feel unique and launched the game with an impressive thirty-one tracks.

In Synth Riders, as the name suggest you will be riding along to tracks, this is done by the platform you are stood on moving along a rail, given you that feeling of moving to the music. Then you will four different types of notes to hit and some obstacles to dodge.

One each hand you will have an orb, one turquoise and one pink, these will match a majority of the notes you need to hit – with as you would expect you need to hit the corresponding colour with your orb. They then add a green note, which you can use either hand on, but the one you start that sequence with has to be used for that full combo of notes. The final colour is orange, for these notes you will need to bring both your orbs together and hit them with both the orbs at once.

When it comes to orbs you need to hit, they can be on the same side as the colour or have you reaching to the other side. They can be double notes you need to hit at the same time, which can bring in crossing your arms over. The final touch added to how the game plays is holding notes, which will see you needing to keep the orbs on the path that is in front of you. Of course to make these a little more difficult you might have to follow a path with each hand at the same time, this can seen you having one arm up and one arm down, have your arms waving or in some cases crossing over,

The final element of the tracks are the obstacles, these come in the form of screens. These will see you either ducking under them, leaning to the side to miss them or even zigzagging through a row of them. While dodging you can also expect to hit notes as you are doing this.

The game also comes with four difficulty levels, each one getting more active and the maps getting more complex. While playing the game for this review I started on normal and progressed on to hard – with hard being difficult enough at times. 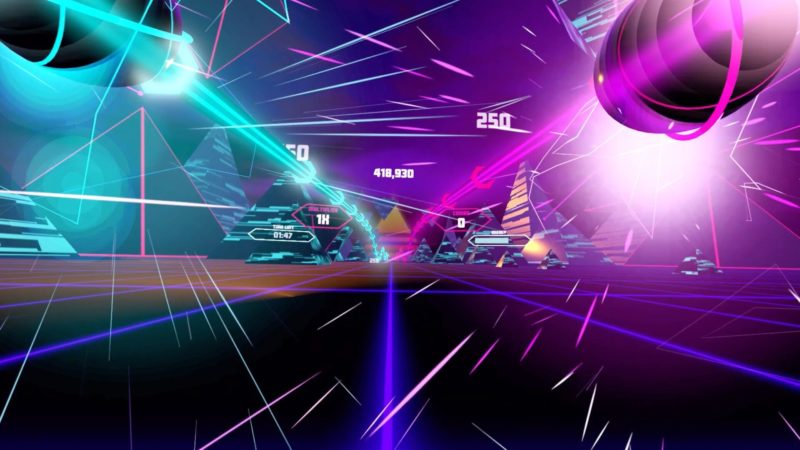 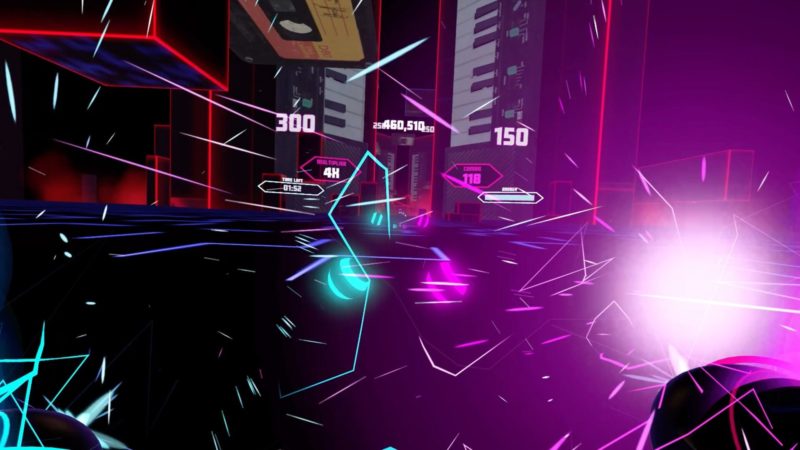 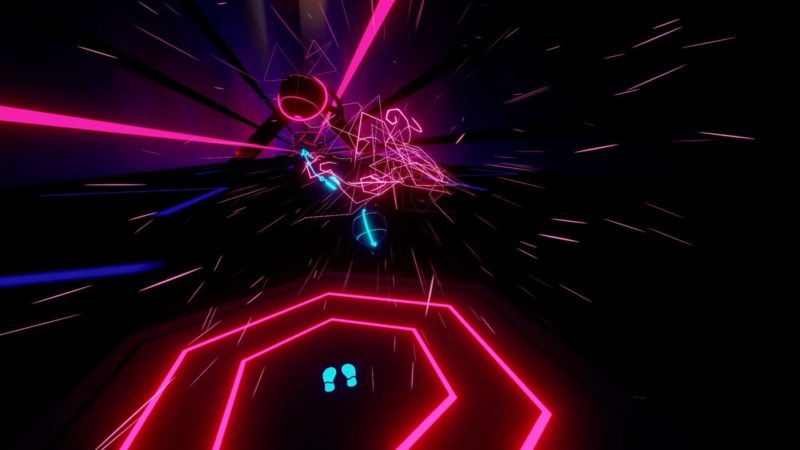 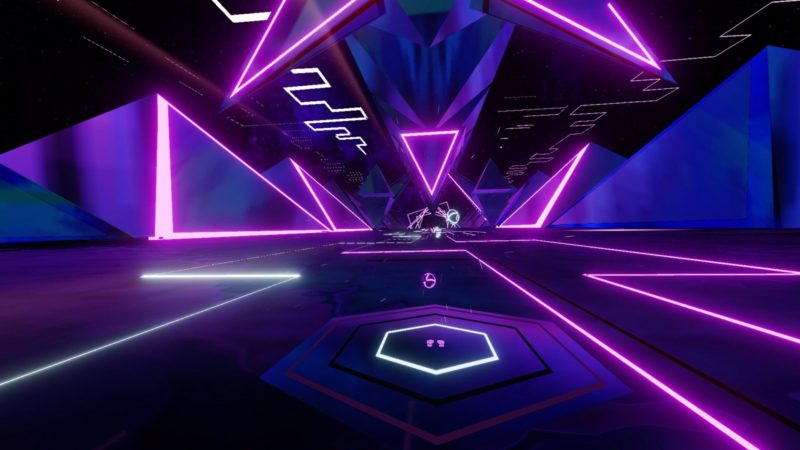 Visually the team have gone for a cyberpunk mixed with synth wave visually, that suits the overall feel and the music for the game. Everything in the Quest version is also to a decent clarity and this makes sure that the surroundings are not distracting from the orbs and maps.

There was a few issues we found when it comes to maps and the visual side, some of the orb sequences get lost behind each other because of how close they are mapped. This can cause missed orbs if you are not quick enough to see it coming behind the other one. Secondly came with some of the ones where you need to follow the path, the placement of the orbs at head-height directly in front of you, which sometimes hides the fact it’s a note you need to hold.

Of course with this being a rhythm game the audio quality is always going to be important. When connecting our headphones to the Quest the clarity was a lot better, but this down to the audio not being the best through the head-strap. The second most important thing is that the music used is enjoyable and fun to listen to as you play.

As aforementioned the game launches with thirty-one tracks, and these all have the synth-wave element to them. However, you are going to get a good mix and variety to style of music; meaning you might get some more chilled dance elements to rock elements mixed this wavy style. Making sure there will be tracks everyone can enjoy and work out to.

With all rhythm games there is not really much to the control system, you have your coloured orb on each hand. There is no need to press any buttons, all you have to do is move you hands into the correct position of the orb and colour of the orb on the map. Really simple, but it is all these sort of games need and makes it so you can concentrate on hitting those orbs. With how the game works with the dodging, the game really does need to be played in a standing position.

When it comes to the longevity of the game, again it is going to depend on the player. With games like this you will have people who love it and people who don’t find it as entertaining. If you take the songs on the game already you will have plenty straight out of the gate, but then it will depend on them adding more and more to library of tracks to keep people wanting to come back – even if they are enjoying it.

Synth Riders brings some new little touches to the VR rhythm game scene with the way they have approached the orb system. With all the maps bringing a good feeling for the tracks in the game, and a good mix of the orb colours and dodging. With the game launching with thirty-one tracks it offers a huge amount of content from the get go to keep those who take to the game entertained. As with most rhythm games in this medium you will get a work out, but it’s not much as it could have been – and falls behind other titles in this area.