Fast Travel Games title Apex Construct still rates highly for us in the games we have played since getting invested in VR. Now the team have released The Curious Tale of the Stolen Pets, which is a game taking a completely different approach to their previous release. Now we have played the game, what did we make of it?

You are given the story from your grandfather like is he telling the story from a children’s book. The story revolves around him, you and your sister as he reminisces about the past be it falling outs, adventures or other memories you could have as a family. The story overall has that charming feeling that goes with what the game is doing.

The gameplay is all about puzzles that are built from your imagination of the story your grandfather is spinning. The levels are built up out of the these memories, with each one having a collection of what I would say lost not stolen pets, and a number of gold coins hidden about the level.

Completing the puzzles within these worlds consist of you rotating the level and figuring out exactly what you need to do for the puzzles. This will consist of finding and using items, interacting with objects to make them move and other nice touches. For example; one will see you melting the snow in a level, Completing the puzzles set around the levels, will give you one of the pets and make your grandfather talk about this memory – giving you more of the story.

Now, this is where an issue comes in, for adults and teens these puzzles are way to simple and don’t really take much working out. With the level of the puzzles really giving me the feeling the game was more suited to an age level that should not really be using VR, given the 12-plus age warning you get for the hardware.

Then as mention outside of the puzzles, you will need to find the coins hidden around each of the worlds. These are highlighted by little gold sparks, so this is what you are looking out for. Personally I found most of my time in the levels was more looking for these, than the aforementioned simple puzzles. 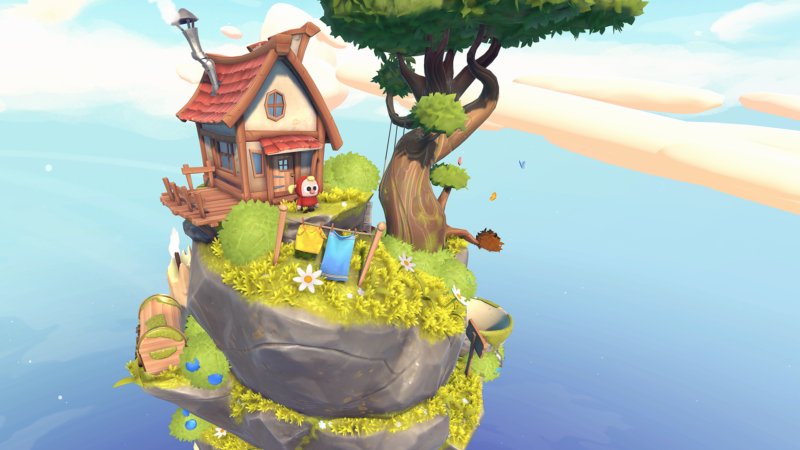 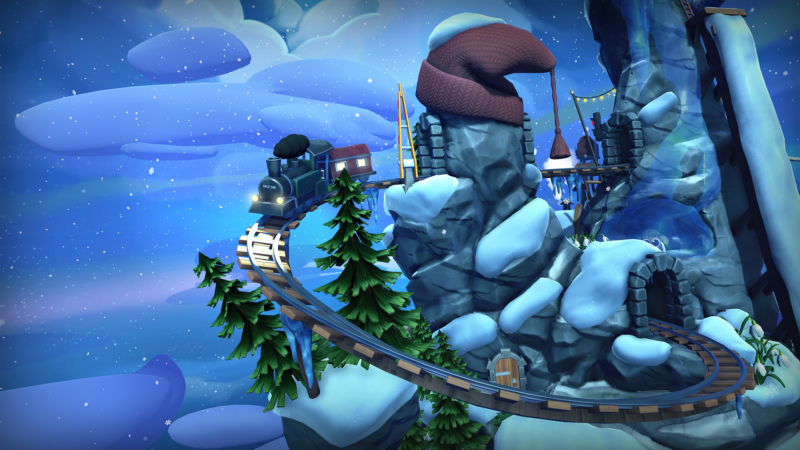 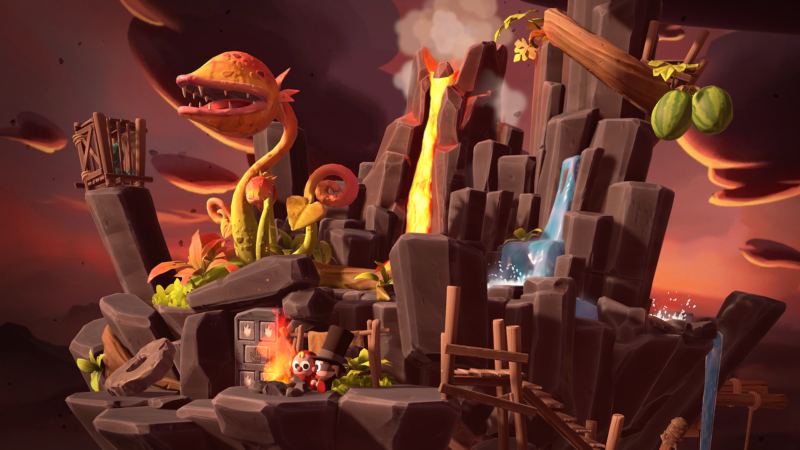 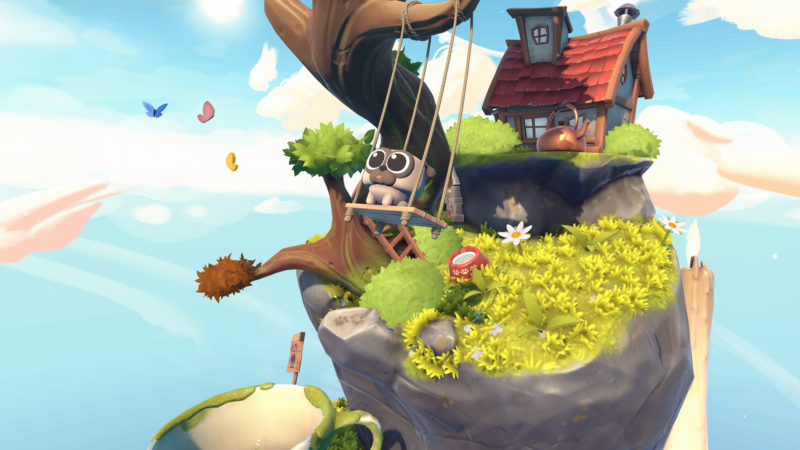 As previously mentioned the story is told in storybook like manner, and play out in the worlds that are being described in that part of the story. This allows these worlds to be built like a little diorama in front of you and allow the team at Fast Travel Games to bring the bright colourful levels to life. Every part of the visuals and the building of each level is very polished and works really well for what the game is doing and gives a unique feeling to each level.

With each worlds sound being made up of relaxing background music, excellent voice acting for your grandfather, separate noises for the pets when you interact with them, and finished off with environmental noises for that level. For example; running water from a waterfall. All making foe

All together making the charm of this game shine through, and makes it hard not to smile while you are playing.

Personally for this review I played the game seated and never tried it standing, as this seems like the perfect game to be played seated given what you are doing. There is no physical movement in the game, its all just about looking at and rotating the level in front of you – meaning this game will be accessible to everyone old or new to VR.

Each of your hands will be represented in-game by a little orb, that reminded me of a dandelion when they turn white. With how the gameplay works you will use any button except B (opens options) on the Index Controller to either hold the level as you rotate it, or to pick up the objects required for the puzzles in that level. This again makes it very simple and makes it very easy to show to new VR users, and means they can pick it up quickly.

Many adults and teens will find the game is over very quickly, I managed to complete the five levels and collect all the hidden coins in under one hour. Then add to this, that many won’t find a need to return to the game, the only extra replay value you will get is if you have younger people in your family. Which is a shame because of all the charm the game it had, it was over way too quickly.

The Curious Tale of the Stolen Pets brings with it a lot of charm in it’s gameplay and presentation, which will make you have smile on your face from start to finish. However, that charm might not be enough to save it for the older audience, due to the simple puzzles that most will get through in under an hour. With the main concern of mine being it seems this game is aimed towards an age group that are under the 12-plus guidelines for the use of VR.