Since the announcement of Transpose I have been interested in seeing what the game was going to bring to the puzzle game genre. This is because the game looked like a unique idea and one of those that shows why the VR medium is a great platform for gaming. The game is now available, so did it leave a lasting impression on me?

The game does try to tell a story, as you look to bring your world back to life. However this is told in a very brief written narrative, told in single lines of text as each level loads. Which really does not do the game much favour in trying to tell the story it could have, and leaves you thinking could we have been provided a more of an arching storyline.

Although the story was not the main focus of the game, this is all about the interesting and unique take on the puzzle gameplay. The basics in what these puzzles are built on is your ability to clone echoes of yourself, which will play out your last moves – like a pre-recorded version of your past self. But, you do not have an unlimited amount of these echoes, making you having to think about your approach to the level and the puzzle.

You are going to have to collect these echoes by removing the cores of other broken down echoes you find around the levels. Once you have taken a core from the broken down echo, you will get a band around your wrist – looking at your wrist will let you know how many echoes you have available for the puzzle. The way you use these echoes is complete the actions yourself then pressing down on the touch pad will give you an option to Keep or Discard the echo recording. Then if you chose to keep you will spawn back at the start of the level and your echo will set off and trace your last recorded movement. Don’t worry if record your echo and then need to change it, you don’t get one use and it’s done. These are easily removed by moving over the bracelets on your arm, which will highlight which echo is linked to that one – then just pull of the bracelet and it will remove that echo recording.

Now you might be thinking surely waiting around for all these echo recordings must be boring, good news you have the ability to fast forward the echo recordings. This is done by a slider on your left arm that you can move to speed them up.

One thing the game does is brings in the newer puzzle elements at quite a quick pace, giving you little time to get used to the previous one. Where this might seem a bit off-putting at first trying to take them all in, it allows them to steadily increase the puzzle difficultly without being held back by trying to introduce the elements slowly. As you get further through the puzzles bring in time and gravity manipulation, so at times expect to take a step back and take a good look around as you try to figure out exactly what to do. Which means you will come across some challenges in the game, it’s not a puzzle game you will fly through. 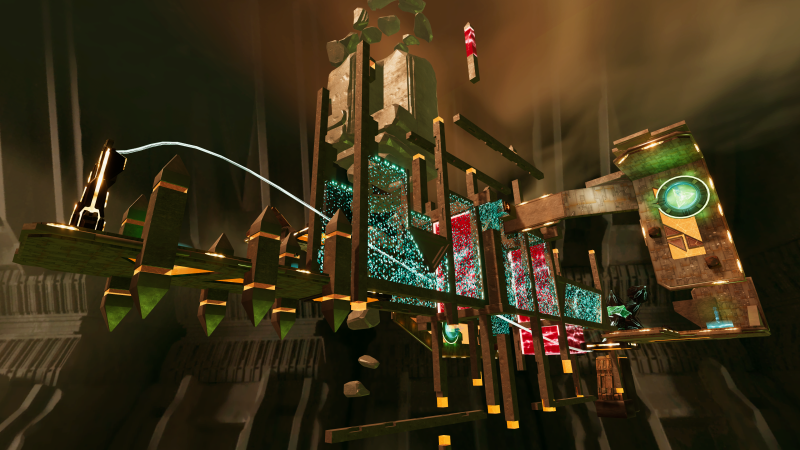 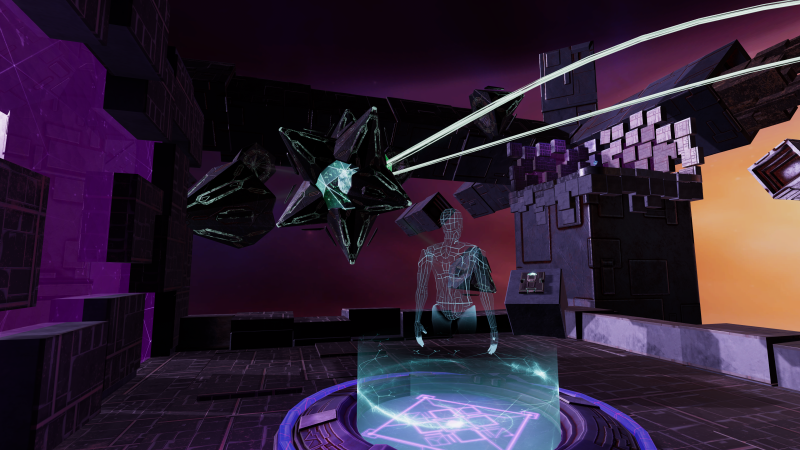 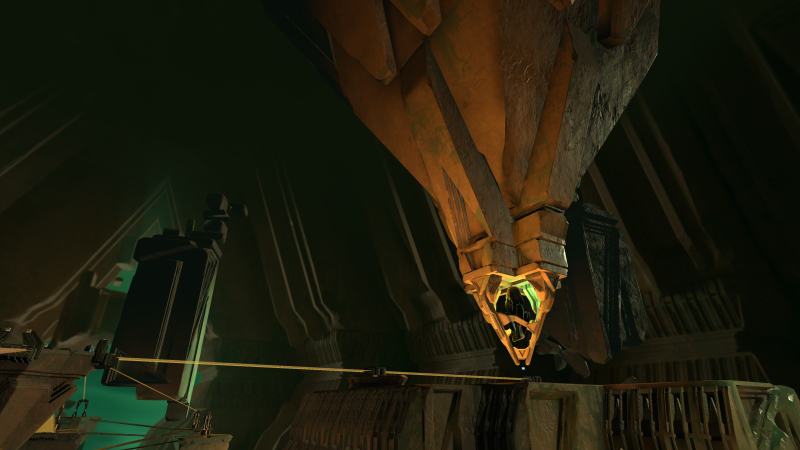 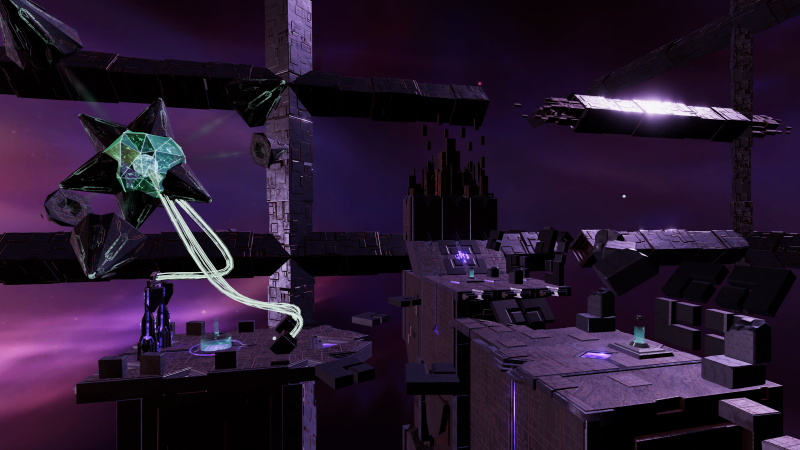 Where the premise of each puzzle is the same, create a series of echoes to allow you to get a cube into a hole to reactive the door in the room, and bring power back to the world. The amount of different puzzle elements and the puzzles themselves make sure the gameplay never becomes stale.

When it comes the visual style in the game, it really gives off the feeling of the Lawnmower Man and some touches of Tron, with the way you and your echoes look. The worlds are all well-built up platformed areas that you are navigating around in order to solve the puzzles, and the use of VR really brings the scale to life. Which for me shows why a game like this needs to be played in VR, rather than on a flat screen. Overall the visuals are very clear and crisp and do a great job of keeping you in this world, and bringing it to life.

When it comes to the audio the games does not use any spoken words. Instead all you are going to hear is the noises of the world and objects you can interact with throughout the world. With the rest of game being brought together with a great musical score, that keeps you immersed in the world, and in relaxed state of mind while trying to figure out these puzzles.

The game can be played either seated or standing, but I would say it is best played standing if possible. The game is played using the Tracked Motion controllers, with each one representing the corresponding arm in this games case. Your right hand touch pad will control your movement, with as previously mentioned the down on the left touch pad will record your echo. Then depending how you have it set-up you will be able to use the left touch pad to snap turn. The game does using smooth locomotion for your movement, but you are going to be required to teleport over gaps in the platforms in each level using up on the left touch pad. The final element of the controls is the trigger to interact with objects in the puzzles and the bracelets and fast forward on your arms.

Transpose comes with thirty plus puzzles to solve, which should take you between six to eight hours to get through depending on your ability at solving the puzzles. From what I could see the levels could have multiple ways to solve them, so you can always revisit and try to doing them different way as well. Which gives you plenty of time in this puzzle game, and really brings value for money for the £15.49 price point.

Transpose brings the most unique puzzler since FORM, which has left a lasting impression on the VR gaming medium. The game really does a great job in the increasing the difficulty and keeping the puzzles fun while trying to figure them out. The presentation keeps you in the world the team at Secret Location have created, and really brings that sense of scale – that can only be achieved in Virtual Reality. If you are a fan of puzzle games, and like a puzzler that will have you scratching your head at times, you are only punishing yourself by not stepping into the world of Transpose.