Unearthing Mar 2 was a shock announcement for PSVR users, after the first entry was not very well received. However, the team at Winking Entertainment have stuck to their guns and carried on this adventure and story – but have they made it work this time?

The story carries on from the ending of the first, and you are now using the fragment from Mars to discover the truth about a past conflict. Rather than travelling back in time, you are taking on this part of history through the memories of White Gun. Now, where this tells an interesting story for many sci-fi fans unfortunately it is played out in long sequences – which soon become quite laborious and tempt you to press that skip button.

The original Unearthing Mars provided a mix bag of gameplay elements, with the only one that really stood out being the wave based shooting at the end – which for me came to late. Well, it seems the team have taken this feedback onboard, as this is the main focus of the game in Unearthing Mars 2. But, where it makes it more enjoyable than the first title – it fails to make enough of an impact to make it seem more than a little improvement over the first.

Where the shooting is responsive enough, it brings with it a number of glaring issues. The first one for me is the waves of enemies coming at you are bullet sponges, it’s going to take a lot of reloading to clear to them out. This is further evident because not only are you welded to the spot for most of the combat sequences, the enemies also don’t move around much, with most of them just standing still and taking your shots. May be this is why they have made them taker a lot to put down, but this makes the combat feel underwhelming.

The main part of the game is just moving forward, fighting off a wave of enemies… rinse and repeat. Then every now and then let’s have a boss fight. Where these are entertaining, the over use of bullet time slow motion in them make them less of a challenge.

So, where the team have taken the feedback onboard and provided a game full of the part people liked from the first. May be some on the puzzle elements to break up the waves and waves of enemies and some better AI, wouldn’t have gone a miss to make this a good experience. 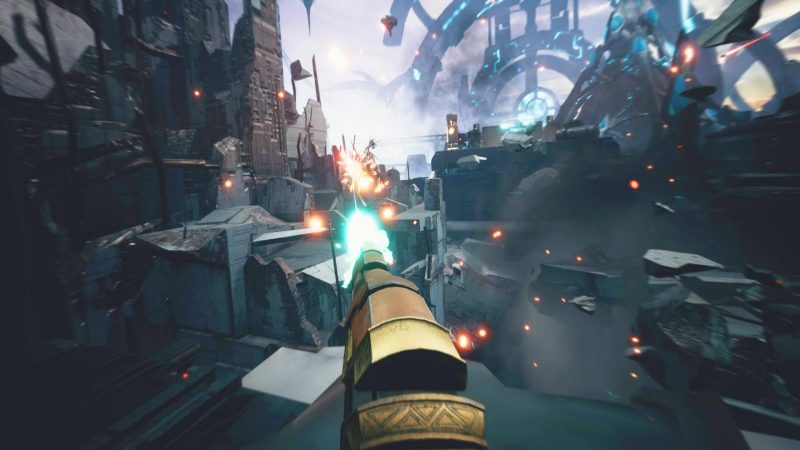 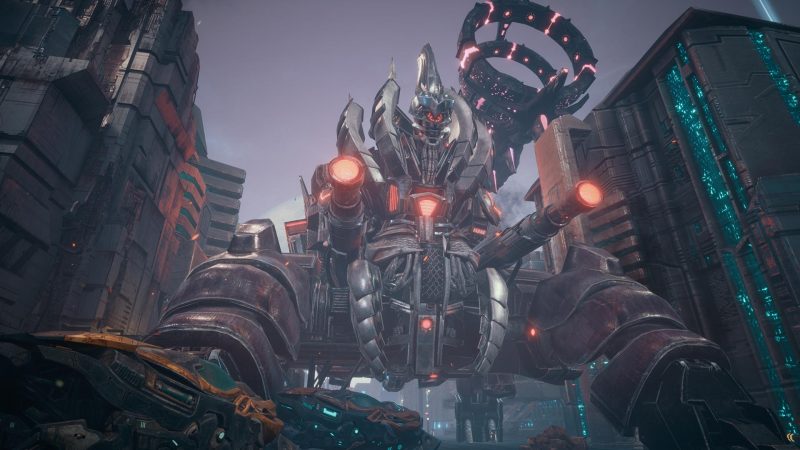 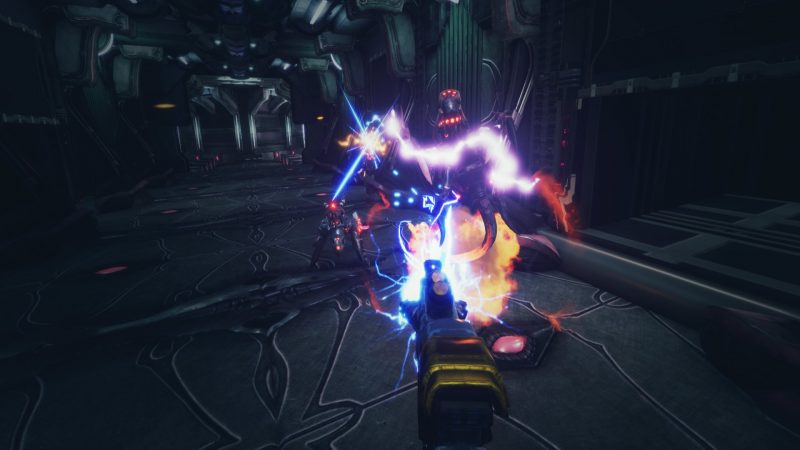 Unearthing Mars 2 has brought some high productions values when it comes the visual presentation. The worlds look great and all the textures and player models are of a high level of detail. But, this leaves you wanting to explore more the world that is in the background. I would say that Unearthing Mars 2 has some of the most impressive visuals we have seen to date on the platform, and it’s great to the team take the approach of more realistic visuals.

Now one issue in that returns from the first title, is the voice acting is not a great standard. Which is a shame because with decent voice acting would keep it inline with the visual presentation. Other than the voice acting, you have the different sound effects for the six weapons available and background music. The background music is your typical arcade shooter affair, but they have tried to make the more intense moments feel it with increased pacing to the music. However, the static glued to spot combat really makes this feel less intense than it could be.

For the most part the game brings with some great immersion to keep you in the world. The only part I would say breaks the immersion is the floating gun approach they have taken. Looking down does not show any part of the body instead this is just a floating gun. I think even with just the arms and hands it would be less immersion breaking.

The game can be played either seated or standing, for me I didn’t see any difference in playing it standing or seated. This is because the game uses the same teleportation movement as the original, meaning the movement feels just as unnatural standing. One thing the team at Winking Entertainment have got right with the controls in the Aim Support, this is very responsive and accurate and is certainly the way it should be played if you have one. Other than this you can use the DualShock 4 controller, where this works with no issues it’s not as immersive. But, both of the controller choices have good tracking and are responsive.

The game took me around two hours to complete the ten chapters, which is a slight improvement to the first title. Although the game suffers from the same issue as not really having any replay value, as you will unlock most of the trophies on your first play through, and if you miss any you can easily jump back and pick up the ones you missed by the mission select.

Unearthing Mars 2 was the sequel that many gamers were not expecting or asking for. The team have the gameplay based around the shooting element that was the most appreciated part of the first entry – but it just doesn’t do enough alone. This is down the static wave based combat against poorly programmed AI, who are bullet sponges – it just takes away the enjoyment factor of the combat. The game comes with some very high production values and is one of the better looking games on PSVR, however, this is not enough to save the game.