Weeping Doll is a first person game made exclusively for a virtual reality experience on Playstation VR, Oculus Rift and HTC Vive. A game that is described as ‘a dark, story-driven psychological thriller’, it seems to tick all the boxes for a scary experience. As the games starts you are placed straight into the character you will be playing, in this games case it is the maid of the manor – which straight away is recognisable as Japanese home, but with a 1950’s style decor. This will instantly make you think that maybe the game was set around this time frame, but as soon as a phone rings and you find a mobile phone in your inventory; you come to realise it is not.

The story starts with this phone call, and the conversation has a sinister vibe to it, as if your madam is some sort of distress, caused by a weeping doll – this is clearly in place to help set the scene for the story. From here you are now in control of the maid, and you will travel from room to room, sometimes prompted to follow a strange girl that you come across within the halls of the manor. As you move around the house, and examine objects you are told the story and will learn what has happened to your employers and their two daughters that have been living in the house. 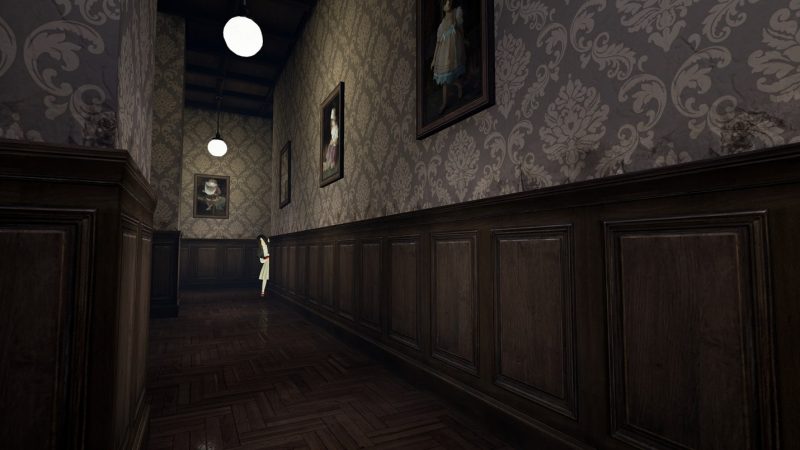 Gameplay wise Weeping Doll is very much a puzzle game, which 95% is just trying to locate a key in order to progress, Other than this it is just exploring the rooms that are available on the two floors of the manor, which you are usually pointed to by having the key, or the girl who appears, or your character saying which room to check – each room will then usually provide a puzzle of some sort. This is one of the areas where I feel the game falls short, the puzzles are not at all difficult. With most of the puzzle objects glowing to show you can interact with them once you look at them, it makes for easy work and you find that you will progress through the game a quick pace.

Visually Weeping Doll has not lived up to most of the games that are available on Playstation VR, I am not sure if this down to lack of investment affecting the production value of the game. You will find that although it is quite easy to pick out the 1950’s feel to the decor, that the colour palate can be quite bland in places. You will soon notice that objects which are located some distance away can have a blurry look to them, but when close they are full of detail, as if the draw distance is very low; this can only be put down to the engine used on Weeping Doll, because this is not something you see in the other titles available. 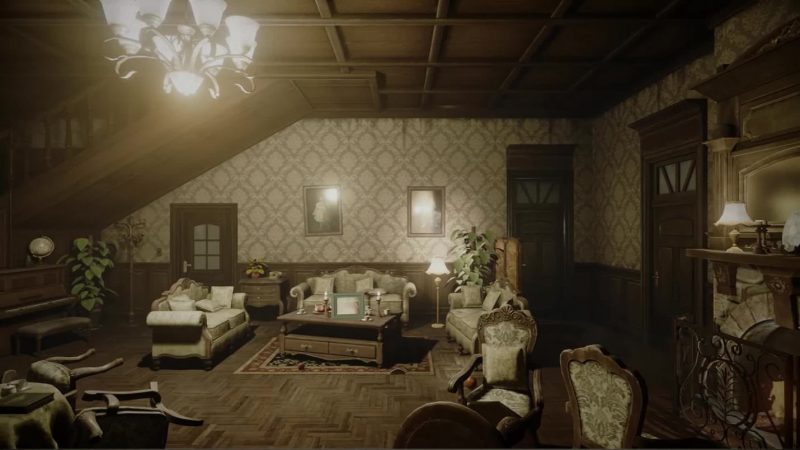 One thing I feel Oasis Games has done well in relation to the game is they have made it quite a simple control scheme, and opted for using the Dual Shock over the Move Controller on the Playstation VR version. When it is described it could sound confusing but it really isn’t. In order to move around the house you use the left analogue on the control to move a ghostly apparition away from your character, and use the X button to teleport to that position (to me that really helps in reducing any motion sickness). You can then use the right analogue’s left and right to turn sharply in that direction; this can also be done with L1 and R1 bumper buttons. These sharp turns and mainly used to position what your character is looking at after you move them. Once you are used to doing these turns it becomes very easy to navigate around the house and rooms.

After being described as ‘a dark, story-driven psychological thriller’, paired with the tone at the start of the game, you feel that this game is going to be quite scary – unfortunately where it has the potential, it never delivers. The game also comes to a very abrupt end, and it is not even very clear that it has ended, as no indication is given. Putting together the lack of visual prowess, and the simple nature of the puzzles, you would think they would be many rooms to explore and puzzles to solve, however, this is not correct. Most players will complete the game in under and hour, with no real replay value due to the trophies also being simple to get on your first play-through without even needing to look what they are. Making for a very short virtual reality experience.

Weeping Doll seems to have the potential to do a lot – but fails to deliver in all areas, apart from telling a good story. Let down by weak visuals, the easy nature of the puzzles, and the length of the game. Even for a game available as cheap as £7.99, you are still left feeling it could have been more than what you have been given.