When I heard Fast Travel Games were moving on to making a horror game with Wraith: The Oblivion – Afterlife, I was interested to see what they would do in this genre and with the World of Darkness license. I have now visited the Barclay Mansion, so did they do a good job in the horror genre?

In Wraith: The Oblivion Afterlife you play as Ed Miller a photographer, taking up the opportunity to get photos of a séance. However, imagine you learn this after waking up in the afterlife after dying in the séance, and this is where the game starts. You now return the mansion that is in ruins with no memory of how you died and with unfinished business in the realm of the living. While in the mansion Ed will witness memories play out in front of his very eyes, as he tries to uncover the truth behind his death.

The gameplay is essentially a survival horror game, and this makes the idea of the game simple – survive while unravelling the truth.

You will be exploring the Barclay Mansion and through it’s surrounding garden looking for items and memories to help you solve the mystery around your death. Although, you will face challenges in the form of Spectres, that want to stop you and send you to oblivion. When it comes to the Spectres you have no means of hurting or killing them, bringing with it the feeling of Alien Isolation and Jurassic Park Aftermath – with you sneaking around or hiding from them in order to not be seen or attacked.

Where, this is now a common part of the modern survival game, it does soon become a frustration in some cases, mainly because the difference between sprinting and walking being fractional. Where this does help build with the tension when spotted by the Spectres, if can eventually pull you out of the game. This is due to sometimes needing to re-attempt sections over and over, as your death loads your last save – which ultimately removes the terror of that Spectre and replaces it with the dread of having to play that part again. 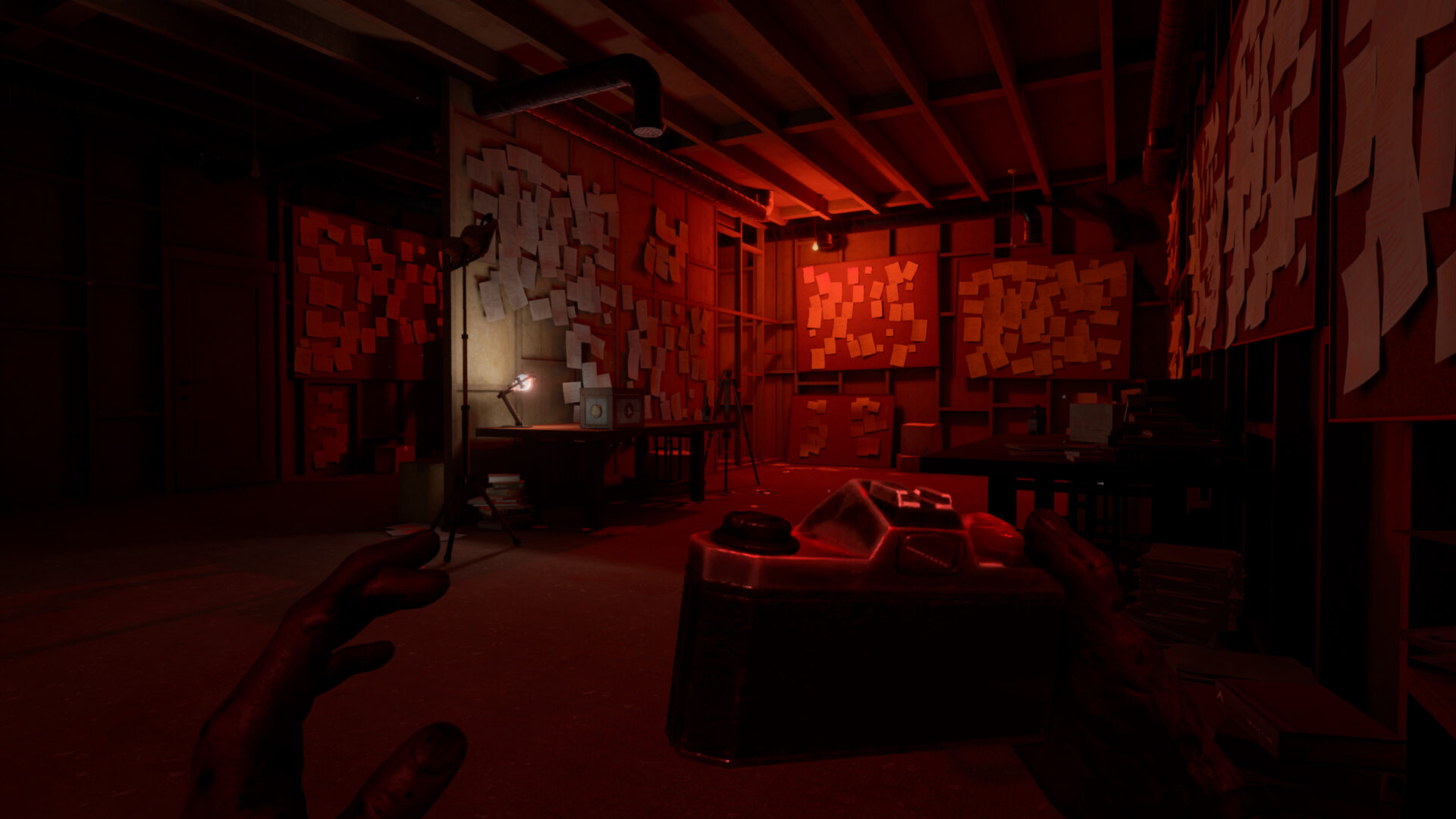 Although you can not harm the Spectres, you can distract them, the more ruined mansion has stones and liquor bottles in abundance, which you can throw to make a noise to distract them. But, in my experience with the game, this is a bit hit or miss if it works effectively enough the keep it’s attention from you. The other mode of defence if spotted and being pursued is blinding the Spectre with a flash of one of your tools, however, this stun does not last long and given the slow pace of your sprint it’s not always enough to save you from your trip to Oblivion.

You will also have other abilities as a Wraith, that will help you with the investigative parts while exploring the mansion. These are your camera that will help replay memories around the mansion, a navigation system that will make the black veins on your arms glow when pointing in the correct direction and the ability to move through walls, that are marked with inky black portals – which the Spectres can also use.

Visually, I have very little complaints on how the game looks and performs on the Quest, but, some of the textures and objects clearly improve in detailing as you get closer to them – which is likely a big difference between the Quest and PC build. But, what they have done with the visuals and fogging is build an atmosphere that feels cold, and fills you not only dread but also intrigue of what might be in the next room – even if it could be your demise.

They have continued this atmosphere building with some great sound work. With the noises around the mansion, from creeks to items falling it keeps you wondering what is coming next. They have also used music carefully and at the right time and not overdone this, which again helps keep the overall fantastic atmosphere when exploring the mansion.

On top of the atmosphere building, they have also got great voice acting throughout the whole game for every character, and each of them being instantly recognisable from their voice. Add to this each different characteristics for each Spectre, some that groan, cry and some the clearly talk, it builds that extra little bit of suspense and again some intrigue. Mixing these with fantastic 3D audio, meaning you can tell where each creek and noise comes from and builds the suspense when this happens behind you. 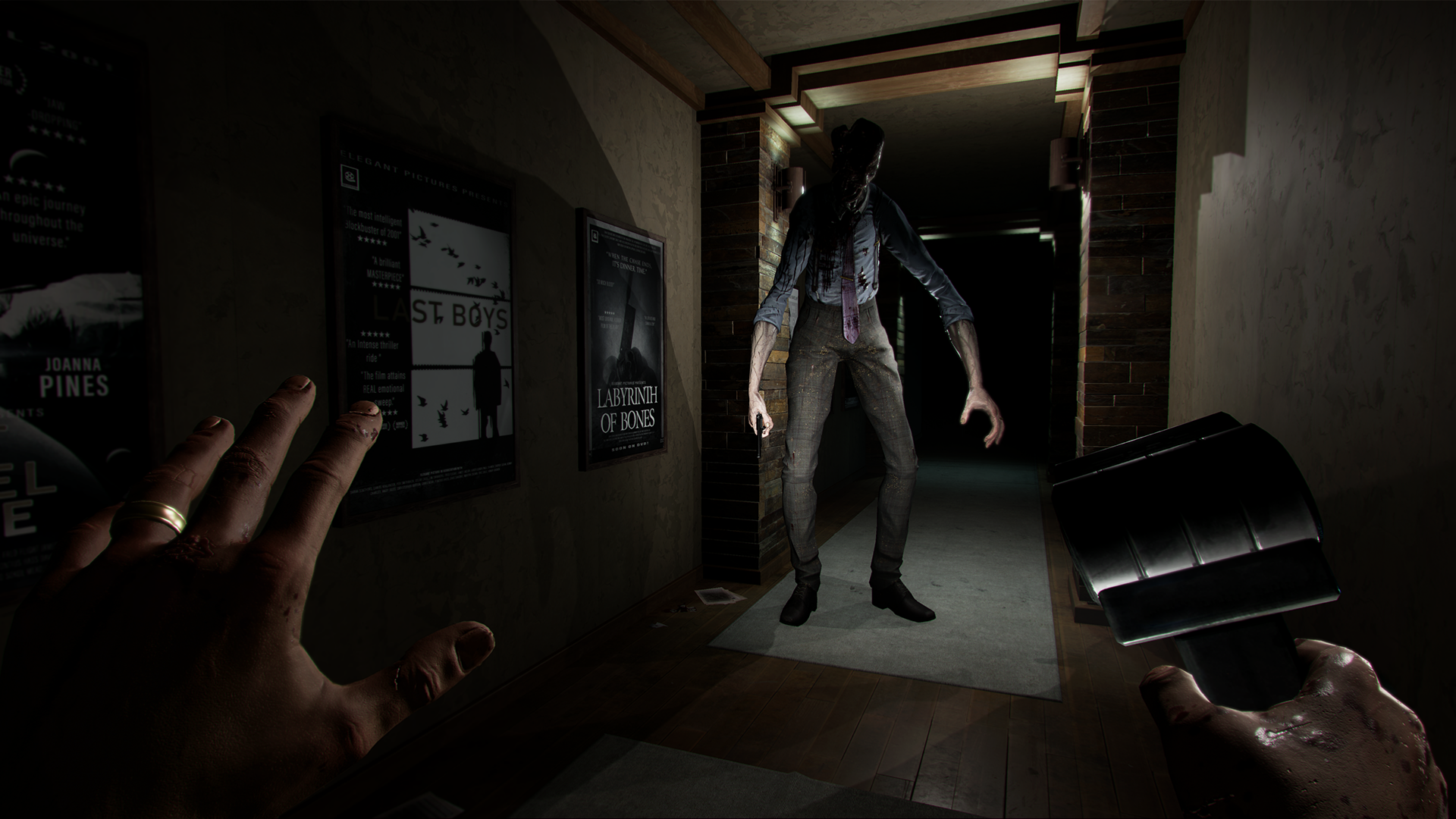 What I found interesting was the teams decision not to include cut scenes in the game, but it was the correct choice for Wraith: The Oblivion – Afterlife. With the story unravelling in the memories that are played out throughout the mansion – this means you are not taken out of the atmosphere the overall presentation builds.

With the game coming from Fast Travel Games, they have included multiple comfort options to make the game accessible to anyone. You can play standing or seated, but we would recommend playing standing if possible. They have both head and hand orientated smooth locomotion, and teleportation when you will move your avatar in third person and snap to that location. It also offers smooth or snap-turning, and offers the vignettes to allow for more user comfort.

Control-wise it is kept simple, with a grab system similar to Half-Life Alyx, where you can grab an object in the distance and flick your wrist to bring it to you – as well as physically pick items up. The buttons on both controllers will either activate your navigation system or open your inventory, with crouch and sprint activated by pressing in the analogues.

The game took me around five to six-hours to complete, and personally I don’t think many will find the need to play through it again. Unless you want to go back in if you missed any of the re-enactment memories or want to find some of the easter eggs within the mansion.

Wraith: The Oblivion – Afterlife is a solid survival horror game from the team at Fast Travel Games. With a fantastic atmosphere in the Barclay Mansion made possible by the solid visuals and sound designs. Keeping you not only on edge with the feeling of dread, but, also keeping you intrigued with Spectres that are freaky in their own way and an interesting story keeping you engaged . What is nice about the game is that its not a horror game that relies on jump scares to be scary, but unfortunately it also does not have any big scares. It does come with some frustrations with some clunky mechanics, very little difference between sprinting and walking, both of which can results in many deaths and repeating that area over and over – given you restart at your last save. Despite these few frustrations, Wraith: The Oblivion – Afterlife is a fantastic survival horror game, and one fans of the genre should not overlook.
Buy Wraith: The Oblivion - Afterlife
Paul Manton April 22, 2021