I have been a fan of a few bullet-hell games released on VR so far with Blasters of the Universe and Space Pirate Trainer being my favourites. Now ARVORE the team behind the awesome Pixel Ripped series is entering the bullet-hell domain with YUKI. I have been ducking and weaving while moving Yuki through the incoming hail of bullets, so what did I think?

The game brings with a brief story background to give the Yuki a reason to be fighting off the enemies and defeating the bosses. Yuki is space ranger and you must navigate her, as she tries to restore some balance to the galaxy after it lost its creative drive to the Yokaliens.

As mentioned the gameplays main element is bullet-hell, but where in the previously mentioned titles you will be dodging the bullets, in this the main target is Yuki in your hand.

I still feels like a shooter with you holding Yuki and controlling her firing her projectiles, but in this case you are not dodging the bullets but making her avoid them – giving this game something a little different. As well as the enemies projectiles there will be parts of the environments Yoki needs to make it through and dodge, from falling neon signs to stone cats. Concentrating on all this at once and it can soon be come very hectic if you don’t take out the Yukaliens quickly. To help you do this Yuki also has two abilities that will charge while playing, one which is defensive and the other offensive. The offensive ability will freeze any of the enemies on the screen at that time, and the defensive ability gives you a shield for a brief moment.

At the end of the three of the six stages you make your way through, you will encounter bosses, and these can get very tricky when trying to get through the barrage of projectiles they are going to fire at Yuki throughout the fight. Where these can tricky at first, the more times you make it to them and with more upgrades, you will get through them. 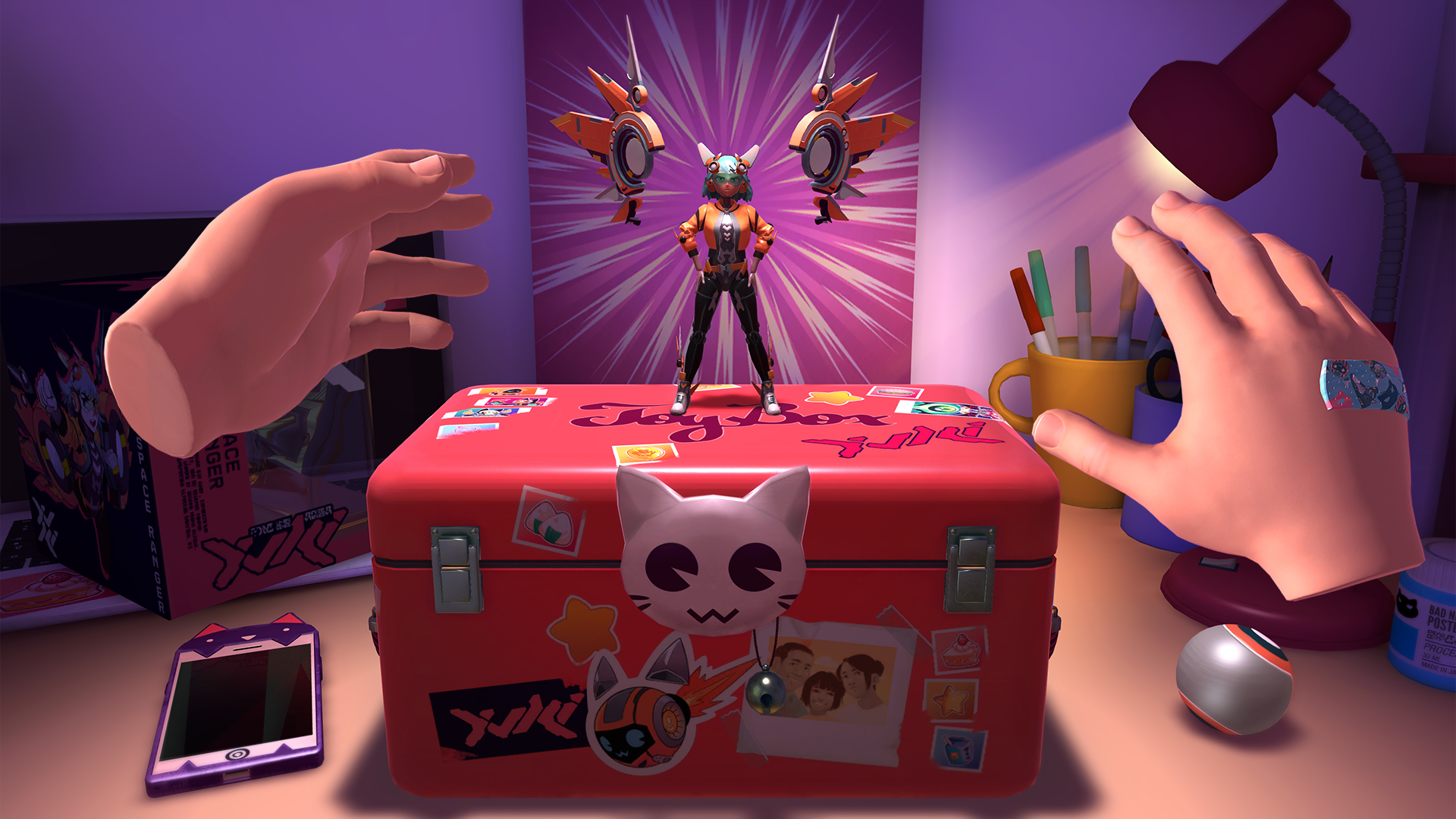 One other interesting part of the game, is the team have also decided to take a rouge-like approach – meaning once you are out of lives you have to start all over again. But, you are collecting creative drive throughout your playthrough which can be used to upgrade Yuki, and she keeps these upgrades permanently. So, in your deaths you will still be getting stronger for the next run, if you have played Until You Fall you will get the idea.

Yuki also gets different Blade Wings, these are unlocked by progressing so far in the games levels. These change up Yuki’s projectiles, with each Blade Wing having its own benefits and weaknesses, meaning you are going to have to work out which one is best for you. This could see you having more powerful projectiles or weaker projectiles that auto home in on the enemies.

You might think running through the same levels over and over might get boring, but although the surroundings stay the same, there is changes in the type of projectile patterns and environmental parts to dodge to keep it feeling fresh.

YUKI is very Japanese inspired in its settings and design, but the game has a very pastel based colour pallet, and will take you through a bright neon city to more dark spooky level designs, and they all work with the design of the game. All of the colours certainly pop inside of the HMD, and the enemies and projectiles are easy to pick out from the surroundings, something important in bullet-hell games – as this negates any unnecessary frustrations.

When it comes to the audio in the game you are going to get a mix of music which suits the setting you are playing in, be it relaxing, up-beat and dark – but all of them have you ready dodge and shoot your way through the levels. Outside of this you are going to get the sounds of your projectiles being fired, and also a few spoken lines which are well delivered. 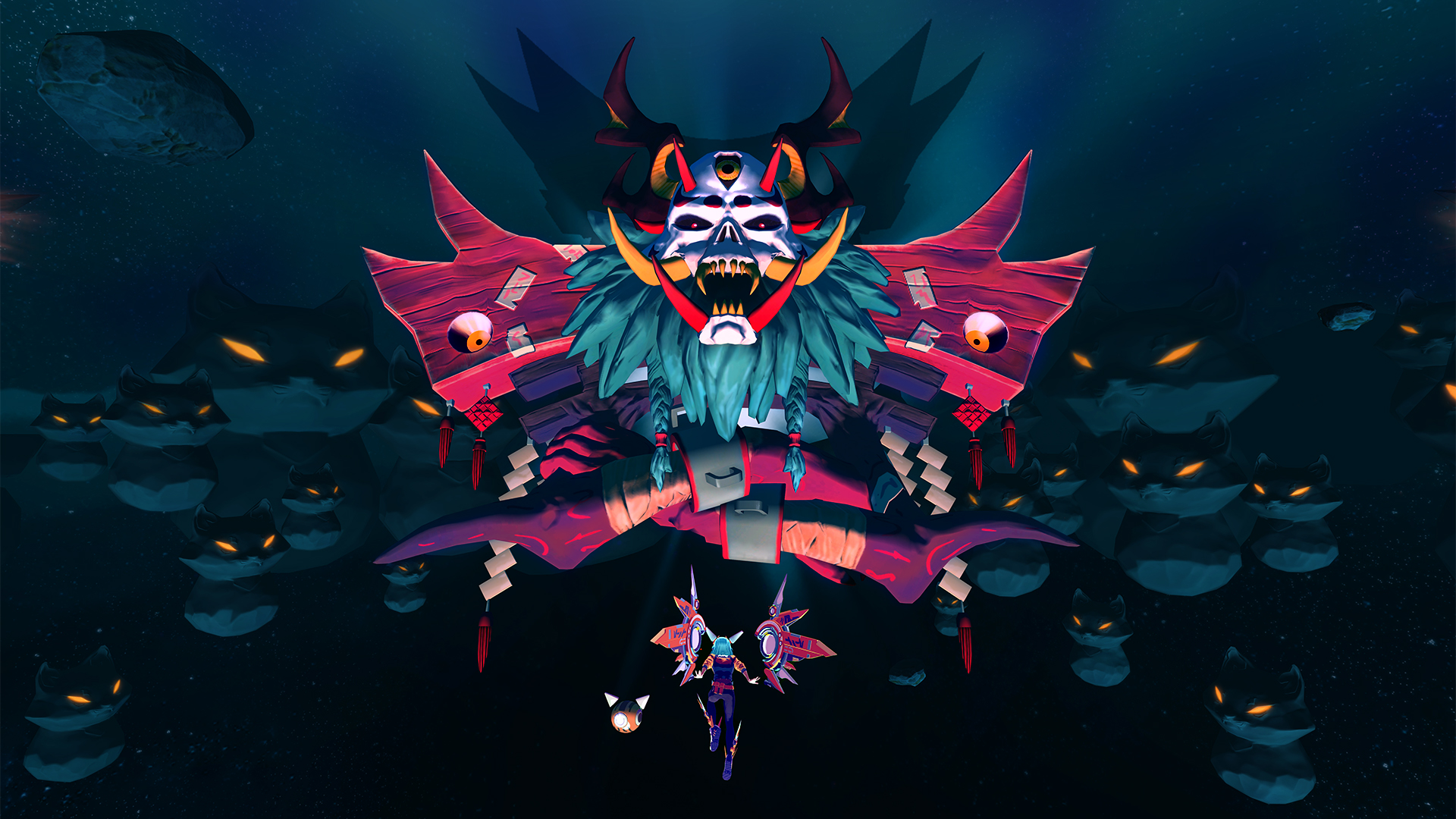 You can play the game either seated or standing, although over my time playing the game I have found it was better to play it standing if possible. This is because you will find yourself wanting to duck and move around yourself in order to get away from the on coming fire. Also YUKI’s on the rail approach, means some people might that struggle with motion sickness if it is triggered by this sort of movement – so keep this in mind.

As aforementioned Yuki is like a figure in your hand, so there is no need for the analogues in the game. All you will find yourself using is the triggers to fire and activate the freeze ability and the A button on your dominant hand to active the shield. Keeping it nice and simple and allowing you concentrate on the crazy amount of incoming projectiles.

In my time playing YUKI for this review I have still not managed to complete all six levels, but I’m getting closer with every run and the upgrades. I really think I will find myself going back to the game even when completing it as it has the one more go feeling, that games like this used to give me back in the day. I can imagine this being one many people will be tempted to pick and play when wanting to pass a little bit of time.

YUKI brings with it everything you want in a bullet-hell game with some different elements for VR. Feeling like you are holding Yuki and not dodging the projectiles yourself but by moving Yuki through them feels great, and the rouge-like permanent upgrades makes progression possible. However, the main issues for some come within the comfort elements with the need to really play it standing and the possible motion sickness inducing on the rail movement. Other than this the game plays, runs and looks great and brings that addictive one more go gameplay I love in bullet-hell games.
Paul Manton July 19, 2021 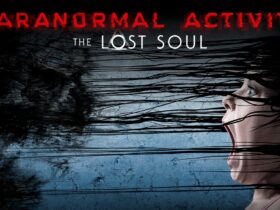