I have been a big fan of some of the Paranormal Activity movie franchise, although they have really started to drop off. With this in mind I tried The Lost Soul on PCVR around release, and let’s just say I wimped out after around thirty-minutes. But, with the game coming onto the Quest and getting the chance to review it, I had to put on my big boy pants and persevere through it – so, what did I think?

The game has a lose story, and there really isn’t much difference in what you would expect from a Paranormal Activity movie. You will start outside of a rather ominous looking house in the dark – with only a flash light at your disposal. Upon entering the house, it will soon become clear there is some sinister stuff going on in the house. But, can you figure out how to end the torment for the family in the house?

In the gameplay you will be exploring the house, looking for items, solving some small puzzles, in what boils down a scavenger hunt with haunts and scares along the way. Where this might sound a little boring, it works for a horror game, especially with the direction the team have taken with it.

What makes Paranormal Activity: The Lost Soul work so well, is the decision to make the house free-roam, similar to the great VR horror title Resident Evil 7. Meaning you are not lead down one way and you can walk around the house looking for the items, with doors opening along the way from activity or finding keys for the locked ones. Where this lead to a lot of back-tracking and searching in the same areas, there is sections you need to escape the spirit as you search, giving it a more intense feeling.

As the game does resolve around finding items, they have also made a lot of the items interactable around the house, meaning you aren’t just able to pick up the items you need to move forward, and it’s not easy to distinguish the items you need. 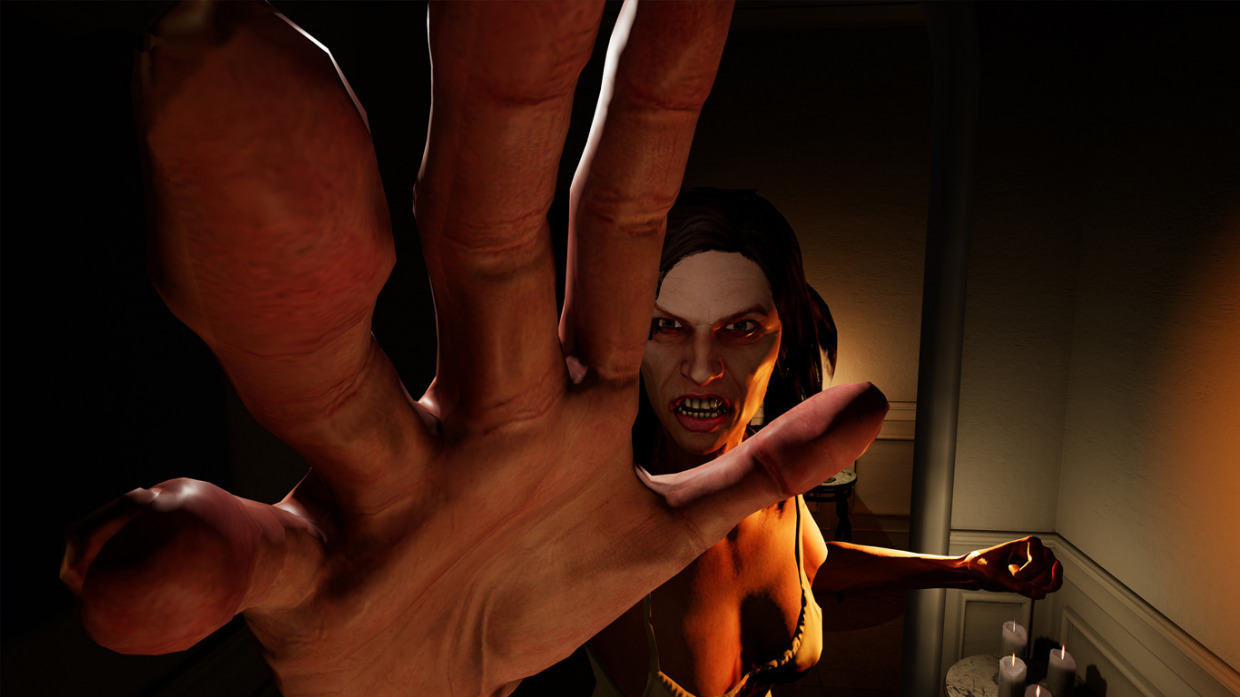 The final point I think is a great addition is adaptive scares around the house, meaning if you go in again or you put a friend in the game, they are not guaranteed to get the same little scares as you – an item that might have fallen over in one playthrough might do nothing next time. This helps with the game having two endings, as you might get different scares the next time.

Now to the biggest problem I found with the gameplay was the mixed pacing, and just as it seems to be picking up a constant steady pace, the game is suddenly over.

After playing the opening on PCVR all that time back and remembering how much the presentation really helps this game give that scare factor, I was worried it might loose some of that on the standalone device. But, I was not let down one bit by what the team have managed on the Quest 2 version of the game.

The house looked great inside of the HMD, with all the textures around the house, on the characters you come across in the game and all the intractable items being to a good standard. What impressed me a lot was all the text on the many letters around the house being really clear and readable and no need to have it pop-up in text. Of course as you would expect some of the items around of the house you can’t interact with have lower detailed textures on them, but this really doesn’t deter from the fantastic work the team has done.

Another thing I was pleased about with the presentation, is they have not used the recorded footage that they use in the movies, so it keeps you immersed in the house. The only time you see this is on the TV’s at times, that shows off some paranormal activity that has been happening around the house, but these do not play a massive part of the game.

With the sound design, one thing the movies use to great effect is setting the atmosphere and all those little or big noises, and the game has done this fantastically as well. Which really keeps you on edge throughout the whole playthrough, be it the constant hum in the air, little creeks, TV static, bangs or doors shutting behind you – be ready to turn and every noise. They have finished this with strong voice acting for the few people you bump into or on the cassette recordings you find and listen to.

I found the game can only played standing, when attempting to play seated it seemed like I was constantly crouched, and the game does not include an option of a crouch button. Next there really isn’t many comfort options available either, with the game only have smooth-locomotion and snap turning. This will come in for criticism from bother sides, those who suffer from motion sickness might struggle with this one, and those who don’t might get frustrated with the snap turn. However, with this being on a tetherless device, it is very easy to negate the snap turn by turning physically in your play-space.

When it comes to the controls in the game, they do give you a tutorial at the start and I would recommend doing this. At first it might seem like it’s mapped oddly, but as soon as you are in the game and using you will see the team have done the controls really well. With the inventory being a lot more immersive for the game with switching items with a button, rather than having to open a menu or go into a bag.

The game will take most players around two-hours to complete, which just seems to come to an end as the pacing seems to pick up the most – which can make the game feel too short. The game does come with two endings, so with the adaptive scares it can make it more fun to playthrough again and more enticing to go back in. But, some players might not want to do this, be it they don’t want to go back into the house again or just looking up the ending online.

Paranormal Activity: The Lost Soul has to be one of the best VR horror titles for setting that atmosphere in the house that constantly keeps you on edge. Adding the atmosphere to the free-roam nature of the house, and the great adaptive jump scare system, making it possible to go back and play for the second ending with some differences in the game. But, it does come with some issues in regards to the lack of comfort options, that could lead to issues on both sides of VR users. Then it suffers from pacing issues, and when it becomes steady the game is suddenly over, which really makes the game feel too short. But, if you are a fan of any of the movie franchise and want a game in the Paranormal Activity universe that stays true to the movies, you won’t get a better horror game than this one.
Buy Paranormal Activity: The Lost Soul
Paul Manton September 10, 2021