Being a big fan of shooters in VR, and really enjoying my time I have spent in Zero Caliber on PC, I was really interested in what the team at XREAL Games would do with the Quest version. I have now spent time in single player and co-op in Zero Caliber: Reloaded, so what did I think?

One thing I really like with Zero Caliber: Reloaded is it is a story driven shooter, something that seems to be a thing of the past in VR. In the game you are placed into a war with a cult called the Tlaloki, born from a water scarcity in a future dystopian United States.

What has made me spend all the time I have in the PC version, along side the story driven campaign was the great gunplay the game offers. I am happy to say, that this gunplay has translated perfectly over to the Quest version of the game. With some very satisfying and accurate gunplay, and a manual reload system you will find this version of Zero Caliber very fun to play.

The only real downfall I have found with the gameplay, is the missions are very plain in design, it’s just a case of go to this area and clear the enemies, move forward repeat – a mix in the mission types might have been a nice touch. 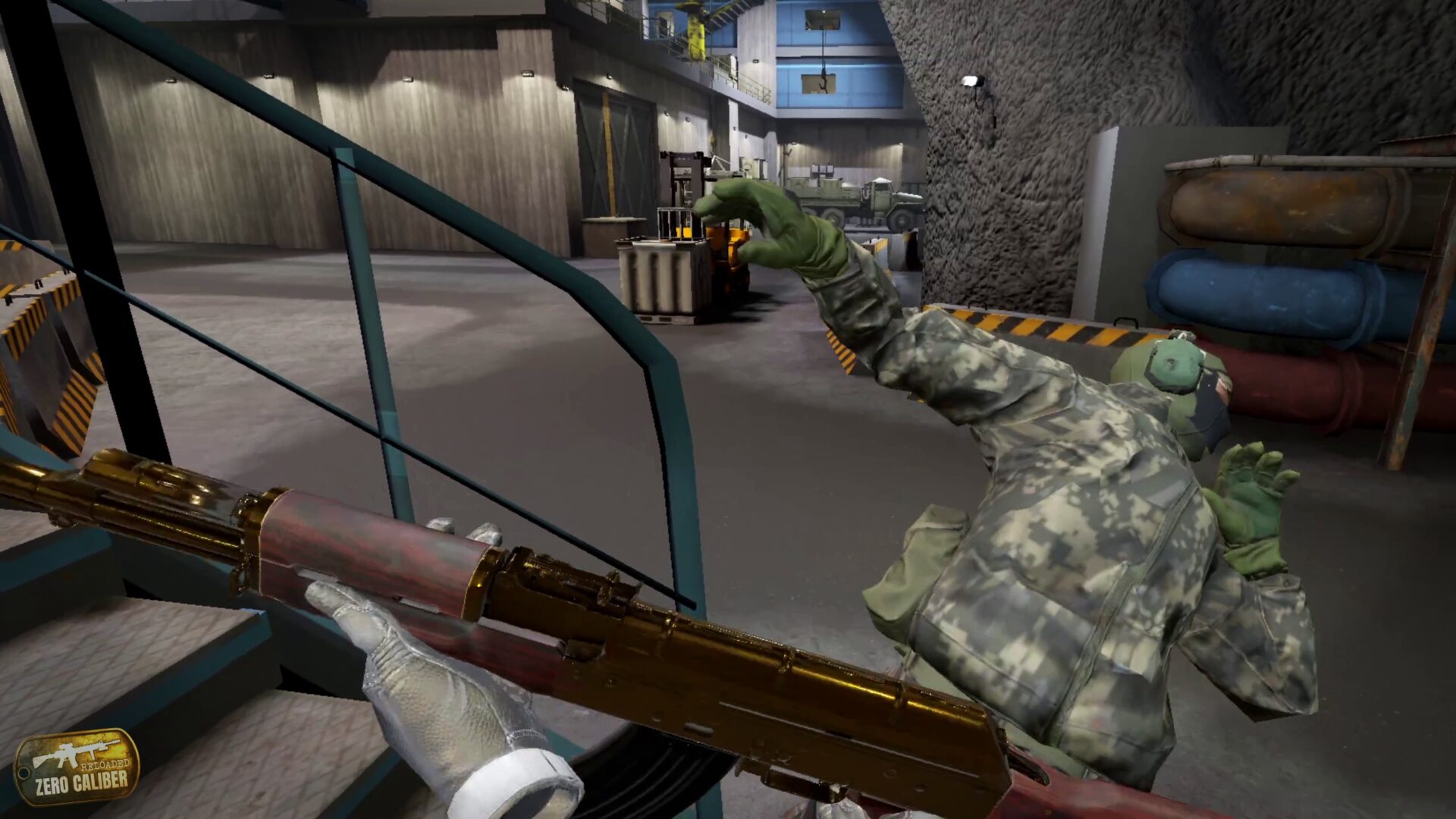 Another great thing about the game is it can be played alone or with up to three friends in co-op, and both modes are enjoyable to play. Meaning you can take on the game on your own and still have fun, of course co-op does add a bit more to the experience, but it’s not essential to enjoying the game like other shooters on the market.

I don’t know if this is just because I have spend a lot of time in the PC version of the game, but, the Quest version of the game looks pretty bland when it comes to visuals. Even when thinking these changes have been made to allow it to run on the stand-alone device, it still seems a bit lacking in this area. However, this does not take away from the enjoyment of the game, and does enough to keep you immersed in the game.

When to comes to the audio they have got a lot right, from the gun sounds, building the atmosphere for the locations and the voice acting. But, they have made some errors with the audio, with the bleeping of swears words – which really breaks the immersion in VR. I understand this option might have been taken to make it more suitable for younger players, but an option to enable or disable the censoring would be a benefit to the game.

Zero Caliber: Reloaded is a game that only allows for smooth locomotion, although it does try and help those who suffer from motion sickness with a number of comfort options – but it might still be a bit intense for some. One thing you need to keep in mind is outside of an analogue crouch option in Reloaded, you will be leaning in and around cover a lot.

With the controls you get what you would expect from a VR shooter, manual reloads and one or two handed gripping of weapons. You will be using the analogues to move, but one thing I really liked that is not in the PC version, is the aforementioned crouch button – done by moving the analogue on your turning stick down. This becomes really handy in those intense battle situations.

The games campaign takes around four to five hours to complete. But, with the missions being very re-playable and the option to jump into the game with friends in co-op, you will find reasons to keep playing after completing the campaign. Add to this the very extensive unlock system, and all the options this makes available in your load out and you will still be enjoying a progression system while replaying the game alone or in co-op.

Zero Caliber: Reloaded brings a story driven campaign military shooter, something that is certainly becoming a thing of the past in the VR shooters – which is a massive shame. With great gunplay which has translated perfectly to the Quest version of the game, and both single player and co-op, both of which still offer a fun experience. However, it does face issues with underwhelming AI, bland visuals and some basic mission design. All these issues are easily overlooked, if you want the story driven military shooter experience that Zero Caliber: Reloaded offers, adding to this all the unlocks and customisation options in your load out, and it gives you plenty of reasons to return to the game alone or with friends.
Buy Zero Caliber: Reloaded
Paul Manton June 30, 2021