Having previously enjoyed The Wizards on the three platforms I have played it on, and even though I could see the visual downgrades on the Quest version I was still impressed with what the team had done on the stand-alone device. The sequel is now available on the Quest, so did this leave the same impression as the original?

The story in The Wizards: Dark Times, does not really bring much to the table. In the game a dark plague has fallen over Meliora. This has caused the creature in the realm to fall into madness, which makes them attack you. It is now your job to locate the Witch that is causing the plague and kill her, so you can save the world. Although this story does not really do anything special, its not terrible, and does the job on giving you a purpose in the game.

One thing that was the main take away for the original and the same for Dark Times is getting to cast your spells, and it making you feel like an almighty Wizard. This is done with a gesture based spell casting system, that feels like its been further refined from the first game.

Throughout the game you will learn eleven-spells, where this might sound like you are overloaded with gestures to remember, dont worry, this is not the case. Most of the spells come with a more powerful version, which is done by casting your spell and then bringing the two controllers together griping and pulling your hands apart. So really, overall you have six spell gestures to remember – which is totally manageable.

For few examples of the spell gestures; having you palm facing upwards closing your fist turning it over will spawn a fire ball. Holing the trigger, and moving your hand from outside of your shoulder to the front of your chest will spawn a shield and holding your hands out and crossing them over while holding the trigger will spawn an Ice Bow. These are all spells you will learn in the first fifteen-minutes of the game. 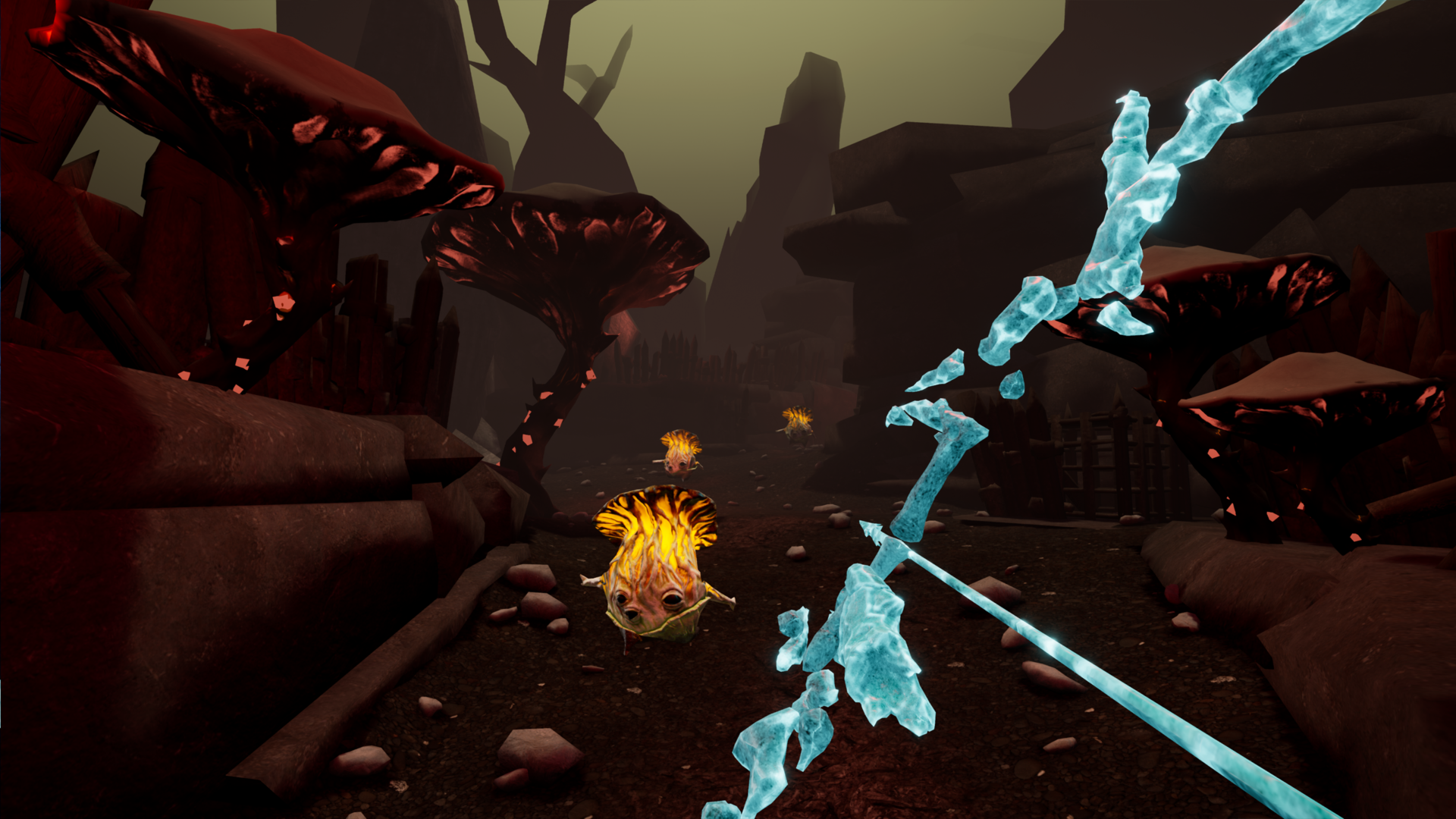 With the original game this was what the game focused on and there wasn’t really much more to it, but, they have made the gameplay elements a bit more fleshed out in Dark Times. They have done this by introducing some puzzle elements and a climbing mechanic to reach different areas of the map – with the later being an optional element, which is lucky as this becomes tedious after a while.

But the mix of the combat using the spells you can cast, the climbing and puzzles, it feels like a more rewarding experience and offers something a little more that The Wizards, showing progression in the series.

As with the first instalment, you can see a big difference in the visual clarity from the PC version with Dark Times, however it is a slight improvement over the first game, and again this is down to the power of the stand-alone device – but it still looks nice for a Quest game. This has seen a reduction in the detailing of the textures of the world, and also suffers some pop-in within the environment. Despite this, it does not affect the immersion of being in Meliora, as any pop-in usually comes as you move into a new area and is not a constant thing.

One thing the game needed was the return on Jason Marnocha as Aurelius, as his voice work in the original was so outstanding. I am happy to say that he has returned and his involvement in the game has also increased, which is great. With the fantastic voice work of every character in the game, it has the environmental and spell sounds bringing together a great atmosphere for the world of Meliora. 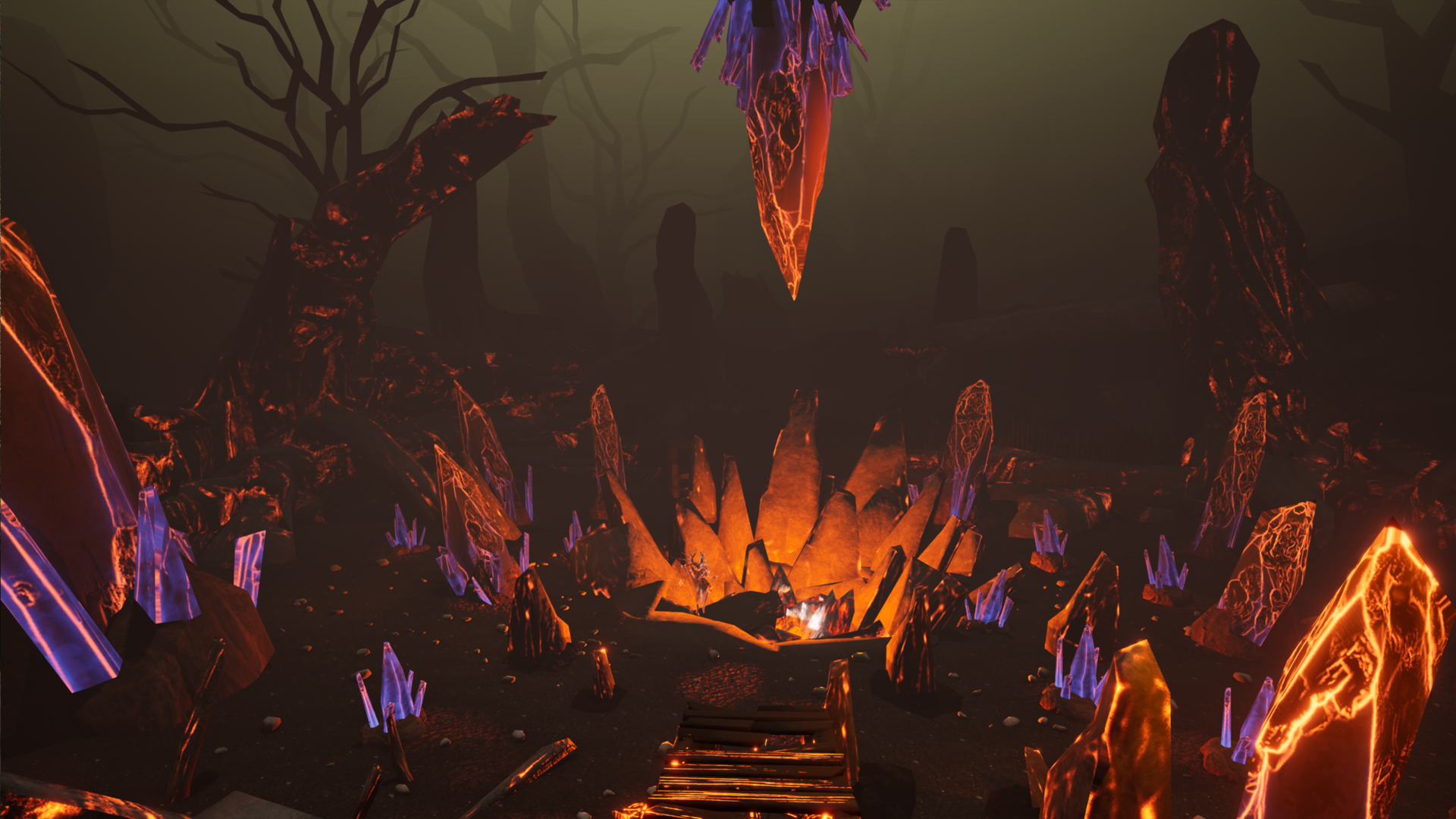 The team at Carbon Studios have always made their games comfortable for anyone, and they have done this again. You will find all the comfort options are available, seated or standing, smooth locomotion, teleport or both, continuous rotation or snap turning, vignette options and right or left handed mode.

With a lot of the controls being handled by the gesture based spell casting system, you are only going to be using the analogues outside of the triggers and grab buttons. Which shows how well implemented the casting system is.

The campaign is quite a linear in design and I managed to get though it in just over three-hours. There is chests hidden around the worlds, so if you wanted to find all of these it would add a little more time on the game, and should add thirty-minutes to an hour onto the game time. If you have taken the spell casting system as well, you might find yourself revisiting it again at a later date.

The Wizards: Dark Times has brought a great sequel to the original, with a refined spell-casting system – which was already great in the original. The ease of doing the spells leaves you feeling like an almighty spell-caster. Although the game has had to make visual downgrades to run on the stand-alone device, with reduction is texture quality and the occasional pop-in, it still looks great and keeps you immersed in Meliora. Again, you are not going to get a game in VR with such a well implemented spell-casting system, that will let you live your childhood dreams of being a wizard.
Buy The Wizards: Dark Times
Paul Manton May 6, 2021