FATED: The Silent Oath has finally made its way to Playstation VR, after previously being released on both the HTC Vive and Oculus Rift. In this game the team over at Frima Studios have tried something new in the VR gaming scene, and made a game that is very story and dialogue driven (in the most part) – but does this work?

In FATED you are placed into the body of Ulfer who is a simple villager in the Viking-age based story driven adventure. It all starts when you are at death’s door and greeted by a Valkyrie, and are asked do you want to regain your life and see your family again, however, there is one circumstance you have to forfeit your voice.

Once you accept the conditions offered, you awaken in horse-drawn cart with your wife knelt beside you, she is pleased you are still alive and regained your strength – but your father-in-law doesn’t seemed all that pleased. She soon comes to realise you have your voice, and starts to ask questions (which you answer by nodding or shaking your head), and explains how you had previously nearly died. You soon arrive at your village and realise it has been destroyed. Your village rallies together, and comes to the decision this can not be ignored, so you quickly gather your family – this is where your adventure begins.

As previously mentioned FATED is a very story and dialogue driven experience, and the game does a really solid job of dragging you in to this experience. I think the way the game does it is by making your bond with your family and especially your daughter Lif a big part of the game. This causes a lot of moments where the game can pull on your heartstrings, even if like me you are not a family man – and this is only chapter one, of what is meant to be an episodic series.

The visual style of FATED is really an interesting one, to me is it very similar to the styling of Disney Pixar – but that is not a bad thing. For me personally I found it really easy to be dragged into the game’s setting by their choice of visuals. Be it the bright doe-eyes of Lif, the colourful environments that really stand out, to the look of the caves you explore – which to me made me stop playing the game to take them in. Add all these to some outstanding set-pieces where the game does not lose any of the visual factor, and you have one of the most aesthetically pleasing titles I’v witnessed on the Playstation VR. 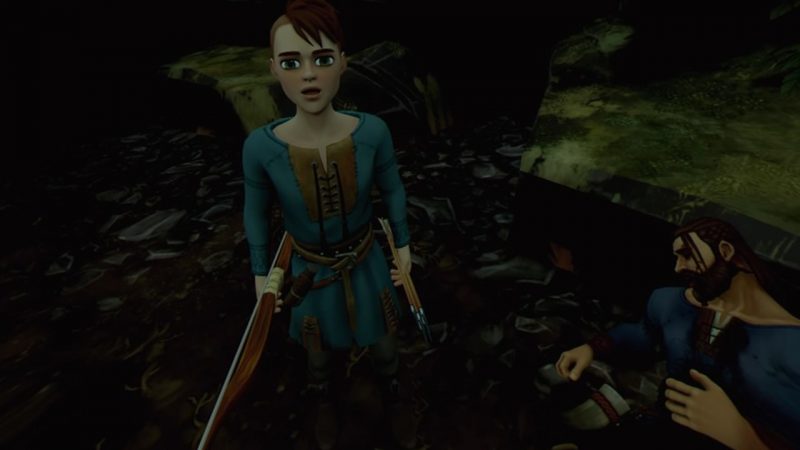 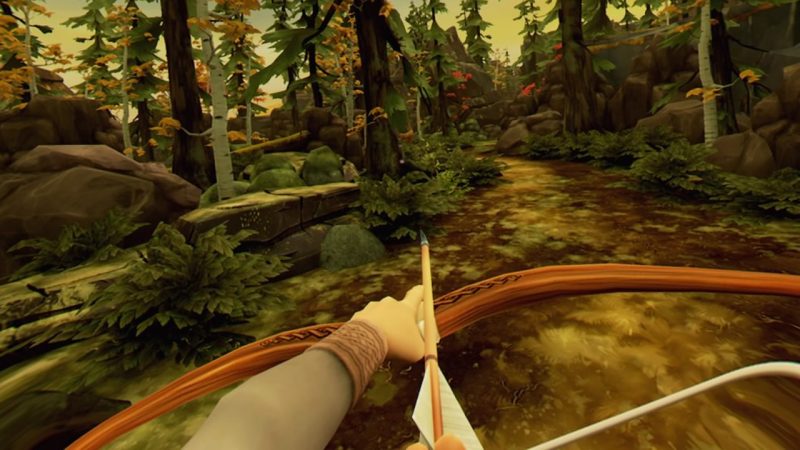 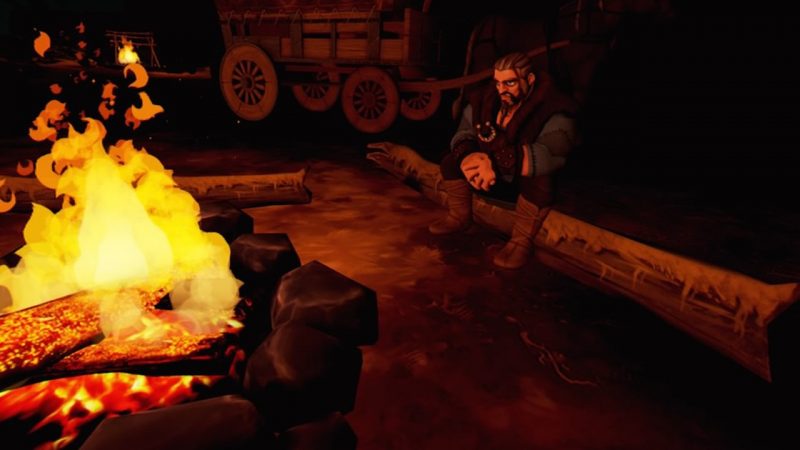 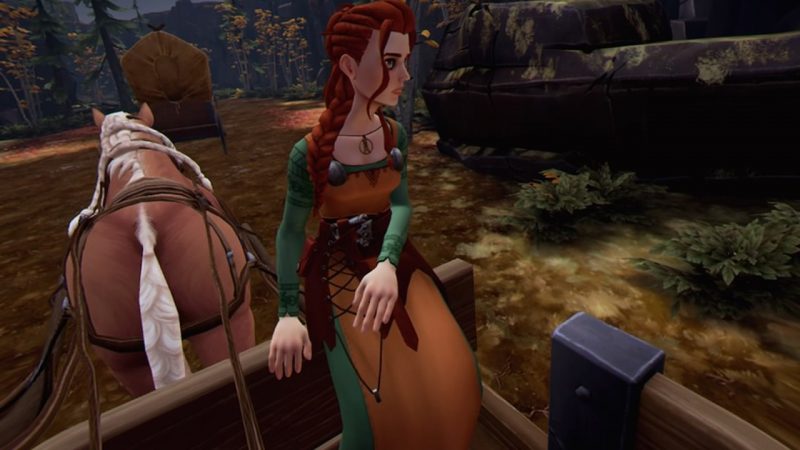 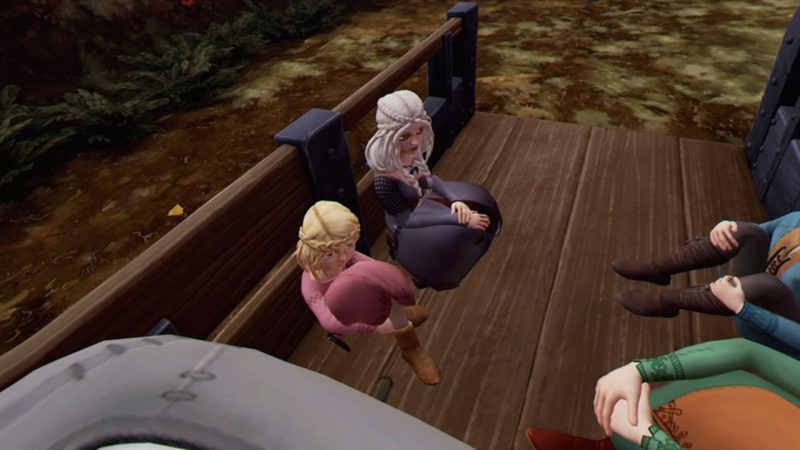 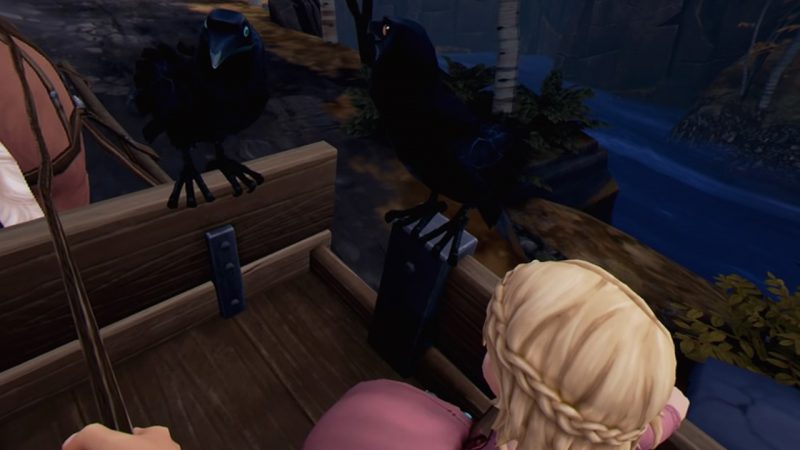 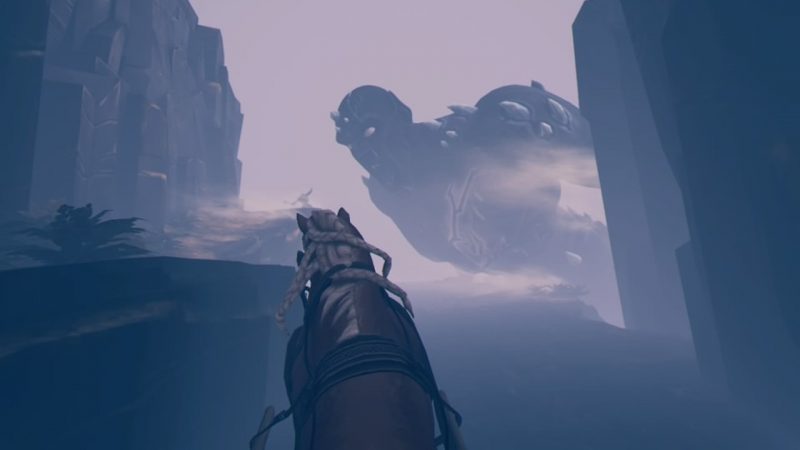 Now with the game being mainly about the story and dialogue what does it offer in the way in gameplay? I hear you asking. The game does add little gameplay elements to give the game some more content, but this not a huge part of the game – these come in the form of hunting, controlling a horse-drawn cart and some puzzles later in the game.

Control wise there is not a lot to the controls of the game – you play the game using the DualShock 4 controller. Looking at the controls you will use more often – you have your standard analogue movement, and being the silent protagonist to answer the questions throughout the dialogue all you do is nod or shake your own head. Other than this for your gameplay elements in the chapter your hunting, you will use L2 to raise your bow, and then L2 to fire it. When controlling the horse-drawn cart you use L2 or R2 to turn in that direction, and then for one of the puzzles you use you use R2 to control what your hand presses.

In most VR titles when you’re in control the characters walking, you will find the turning is done in a set degree and not natural turning – and I am happy to say FATED has followed suit in this. The reason for this is to have some control on the comfort of playing the game – I feel this is the best way to eliminate any motion sickness. I managed to play the game in one sitting without any discomfort at all. But, as I mention in every other review this is personal thing – meaning it could still affect some people.

I did find a few issues with the game, the first one being the gameplay elements were very brief and restricted to set chapters – meaning you never got a mix of them. Sticking with the gameplay elements the puzzle sequences were very simple, but in saying this if you look at other games set around ancient times it is normally the same when it comes to puzzle sections. Lastly I would like to mention the length of the game, the game took around one and a half hours to complete, meaning this is not a long experience – but as aforementioned this is meant to be the first part of an episodic series.

Given the length of the game, it is priced reasonably at £7.99. Taking the pricing into account, I would recommend the game if you want something different to your usual VR titles.

FATED: The Silent Oath brings something new to the Playstation VR in a story and dialogue driven experience. The game uses this to build a strong bond to the characters family, leading to moments where it really does pull on your heartstrings. The main let down being the experience will be over in around one and half hours.