With games like Accounting setting the bar for humour in VR, I was interested in playing Flavortown from watching the trailer, with it giving off the vibes of that sort of humour. I have now played through the game, so what did I think of my visit to Flavortown?

In the game, you are blamed for the murder of the Mayor of Flavortown, but can you work with the police to prove it was not you? and bring to justice one of the other members of the Flavortown population… be it sweet or savoury?

The gameplay is brought together as you visit each of the potential suspects in your investigation, and they have you completing puzzles and mini-games. These mini-games are a wave shooter, a sorting game and cooking, with the latter two being reminiscent of Job Simulator – which certainly is not a bad thing.

In the wave-based shooter you will taking on some pesky woodpeckers, you’ll be sorting different sauces for deliveries and cooking in a restaurant. Although, these are just short mini-games, they allow some gameplay to add to the games true standout feature the humour.

As well as the gameplay within your investigation, you can have a look around the police station and find a shooting range with a number of guns to use. There are three choices of Easy, Medium and Arcade – these will all give you scores at the end, so you can always go back and try to new scores in these modes. 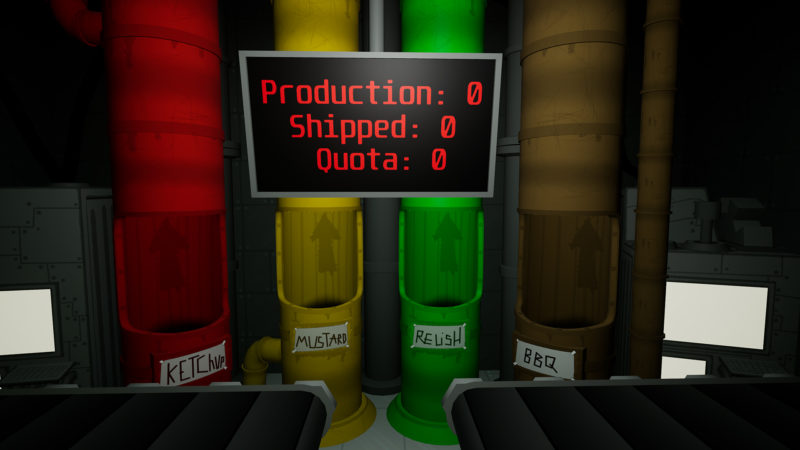 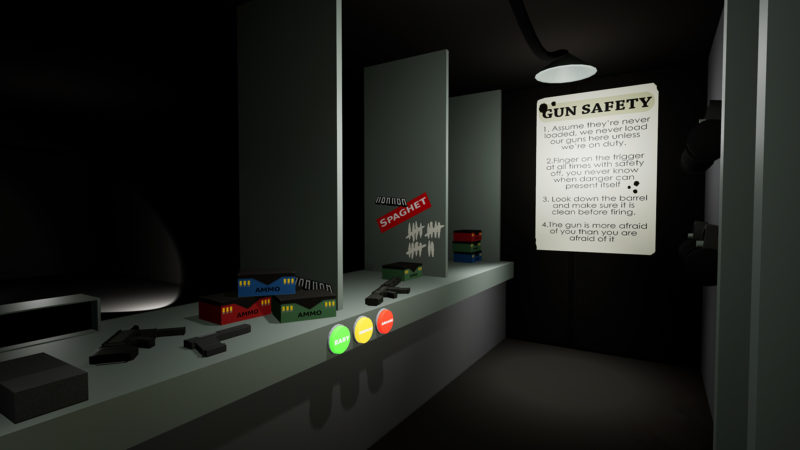 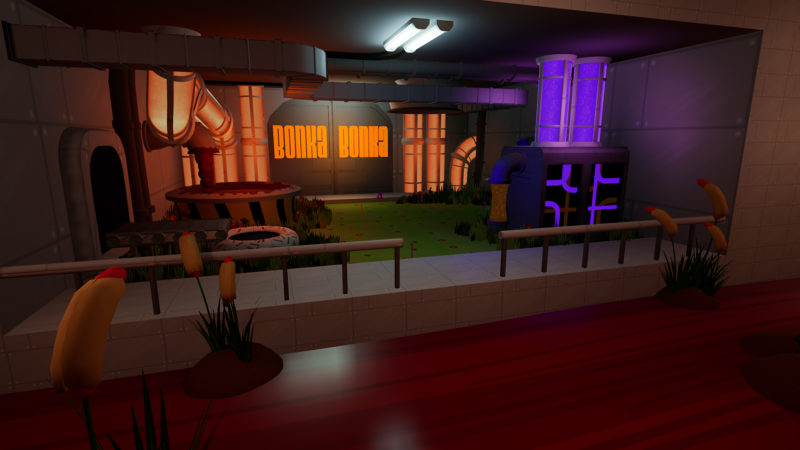 For the visual presentation they have gone for cartoony, chunky and colourful look. However, given the idea of what the game is, and the humour this is suited perfectly. In the end of the day, you will be dealing with meatballs with spaghetti for hair, breakfast waffles with a throwback to the Teenage Mutant Ninja Turtles, a trippy hotdog and a garlic bread gangster. The environments you visit all are suited to mini-games, taking place in a wooden hut, a factory with touches of Willy Wonka, and a dimly light shady looking restaurant.

When it comes to the audio this is the games standout area as it allows for the odd-ball humour, and made it the first game since originally playing Accounting to leave me thinking ‘What have I just played’ – but in a good way. Not only is the humour out there with the likes of Rick and Morty, but the voice acting and delivery of the lines is done perfectly. Moreover, you have to just appreciate the opening song to the game.

The game is played using the touch controllers, but you will only be using the analogues, and trigger buttons on each controller. The analogues are used to turn and teleport, and the triggers act as a grab and action buttons. The game can be played seated, standing and using room-sale. I personally did not see any advantage of playing the game in a set way, and all worked great – given the teleport movement system used.

The game will last you forty-minutes, as the investigations are complete the mini-games and meeting each character. But, like accounting it is the sort of game you will want to put your friends in, if they have a similar sense of humour to what the game offers. I know the length might be an issue for some people but the game is priced accordingly with this in mind. You can pick this game up for just £4.79 (GBP), which is fair for the game’s length in our opinion.

Also the team at Last Hope of The Internet (LHOTI), have informed me that they are currently working on a further three levels for the game. So you will be getting even more humour and value for that small price.

Flavortown is the first game on Steam by LHOTI and they’ve chosen to do this in VR, and not only that they have got off to a great start. This is a game you must play and for the price point, although short it is worth every penny. With more content on the way to expand the game, it is only going to get bigger and better. However, one thing you have to take into consideration is; do you like humour in the ilk of Accounting and Rick and Morty? – If yes, purchase the game, if no, maybe give this a miss.