For nearly two years now we have been using the MagTube from ProTubeVR, to bring some more immersion to our shooters. Since then the team have released the ForceTube which brings haptic feedback to the stock of the gunstock, to give you that kick when firing guns. We have now spent some time testing out the ForceTube, so what did we think?

Please note: This is just a review of the ForceTube module and what it adds to the MagTube, if you want to know our opinion of the MagTube you can find our review here.

What’s in the Box?

When buying the module only, inside of the box you will received the ForceTube haptic back-end, a Bluetooth USB dongle and a USB-C cable, which is all is needed to get you going with the device.

Adding the stock to your current MagTube could not be any simpler. All you need to do is use the provided hex-key to remove the old stock and replace it with the ForceTube, this only takes minutes to do.

Then the next steps are downloaded the companion app on your PC and connect your ForceTube either by your PC’s inbuilt Bluetooth or with the provided adapter if you do not have inbuilt. Again the downloading and installing of the application and connecting via Bluetooth took a maximum of ten-minutes. We tested connecting it with both the inbuilt PC and Bluetooth adapter and faced no issues. However if you do face issues, the team do provide a detailed troubleshooting section in the documentation (which is available online).

When first reading the documentation to go with the device, you are informed the give the battery a full charge before using it – although the device does have some charge in it on delivery. In our case we did leave it to get the full charge, once we had everything connected and set-up on the PC. So, this is something you need to take into account when receiving the product.

So, overall the set-up of the device is quick from attaching it to your MagTube, installing the software and connecting it to the PC via Bluetooth. With the only part you’ll have to wait for is giving it the full charge, if you choose to do so – for ours it took around four-hours to get it fully charged.

However, if your getting the full set-up and not just the module, the set-up can take a lot longer – please see our MagTube review for more details on this.

As with the MagTube when ordering your ForceTube you can chose a the colour, depending on what you prefer. The main part of the Forcetube module will always be in Black with the logo on it, but the end of the stock is the colour you are picking. Meaning you can get this to match the colour of your cups the controllers are placed into. Which we think suits it great, and we got sent the red design that goes with the red Index cups the team sent for us as well.

At the end of the stock the team have added some soft foam to make it comfortable on your shoulder, and also gives some cushion for the kicker hitting your shoulder to give you that feedback of the gun firing.

The team at ProTube use 3D-Printed parts on all of their products, and have continued this with the ForceTube. As usual with their products the printed plastics used are solid, not something that will be easy to break and well finished. This makes the overall quality of the stock solid in design.

With the ForceTube installed it brings some extra weight to the product (750g), but on the ForceTube it provides a fabric loop to connect your strap to. The placement of this makes it distribute this weight well, and although you can feel the extra-weight it does not hinder the use of the MagTube. 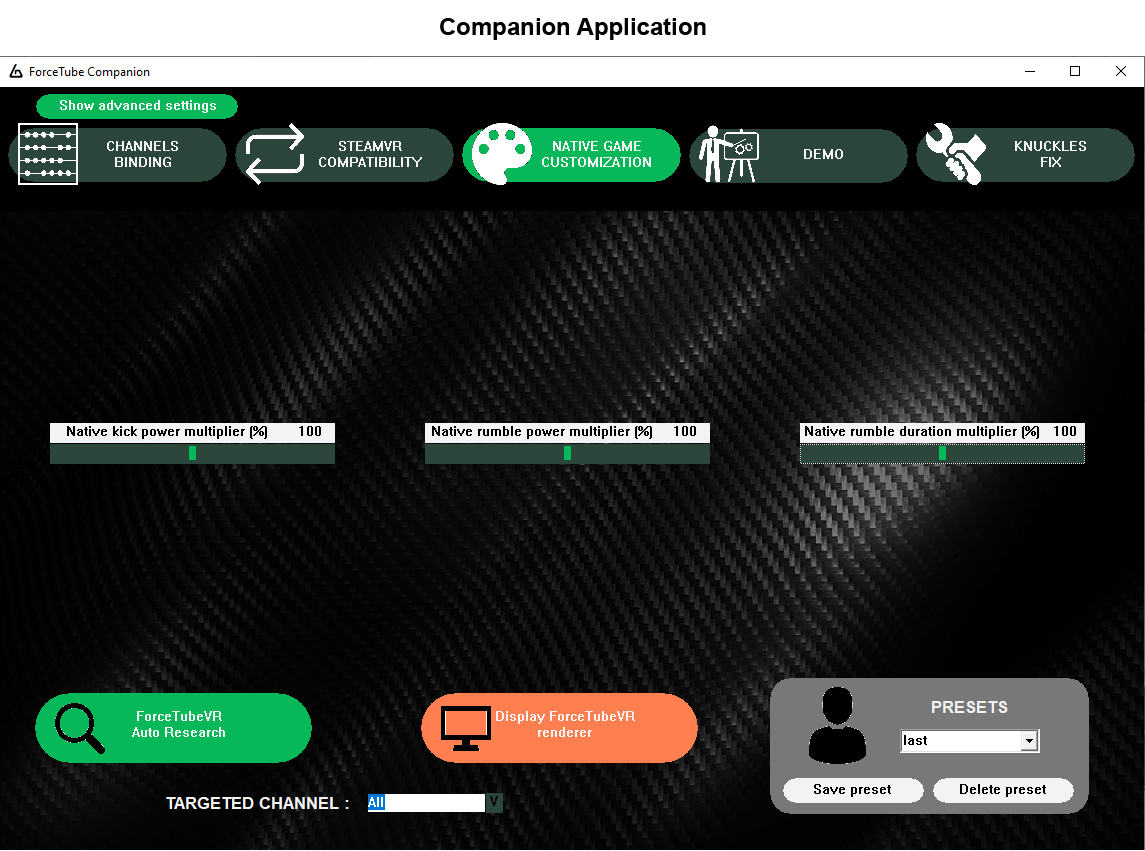 When testing the ForceTube we jumped between natively supported titles and also tested the backwards compatibility mode mentioned in the features.

For the natively supported titles we tried out Onward, Stand Out, War Dust and Contractors. With only Onward needing some changes within Steam (instructions provided in documentation), which only takes a couple of simple steps to get working.

We found with all the natively supported titles the product brings another level to the immersion in shooters, with feeling the stock kick your shoulder with each gun fired. With it reacting differently per type of gun used – from single shot snipers to heavy machine guns all feeling different from the haptics provided.

Although, all the natively supported titles worked great and brought that immersion, I found that jumping into the Onward with the ForceTube was the stand-out title for me, it just seemed so good using the ForceTube in such a detailed military-sim.

So, this is something you need to take into account – can you put up with each of the games haptics being transferred into the kick from the module?. We did play with a number of the setting thresholds in the PC companion app to try and negate this issue, but we had no luck.

But, either way it will still offer that extra immersion of the guns kick in either the native or backwards compatibility modes. With the testing over, we feel this is the way to go if you want the complete immersion in your VR shooters.

Over our time testing the ForceTube module, we have enjoyed using product, across all natively supported and backward compatibility mode games. As with everything we have used from ProTube the ForceTube is made of good quality plastics and solidly built. With the simple set-up from adding the stock to the MagTube, installation of companion app and connecting the Bluetooth, the team have made everything so straight forward to get going with the device. If you are looking for complete immersion in your VR shooters, and you are not deterred by the price tag, this is a peripheral that you need to add to your VR experience.
Buy the Forcetube (Module only)
Paul Manton November 2, 2020