Table of Tales: The Crooked Crown has finally made it’s way to Steam two-years after it’s initial release on PlayStation VR. With really enjoying my time in Demeo I was ready for another Table Top RPG in VR, and was wondering would this scratch that itch? Now I have played it did I leave feeling satisfied?

In the game you take over a group called the ‘Scoundrels’, who soon go form heroes to being wanted after being framed for a murder they did not commit. After escaping the crime scene, you soon set sail to each of the characters birth place to unlock more of the mystery of who committed the murder, and of course get in mischief along the way. The question is can you find out who did this and clear your names?

As you come to expect with Table Top Gaming, the battle system is turn-based, so managing your group of Scoundrels is essential. You will start the game with four-character classes but this is soon reduced – with you having to make the choice of which one to leave behind.

With the general gameplay system, your moves are represented by diamonds on the base of your game piece. These reduce by moving your characters or doing their abilities. With all your general abilities being done by a limited number of cards you have in front of you, which can increase depending on what upgrades you chose – with game piece skill upgrades being available between chapters in the story.

In the areas you are sometimes given options on how you take on that part of the campaign. There is points where you just need to eliminate a wave of enemies, parts where you can try talk people into letting you passed or helping you. Then at times you get to the point endless enemies spawn and you just have to flee as quick as you can, which sometimes will include clearing barriers or do set tasks to stop them spawning or scare them away. 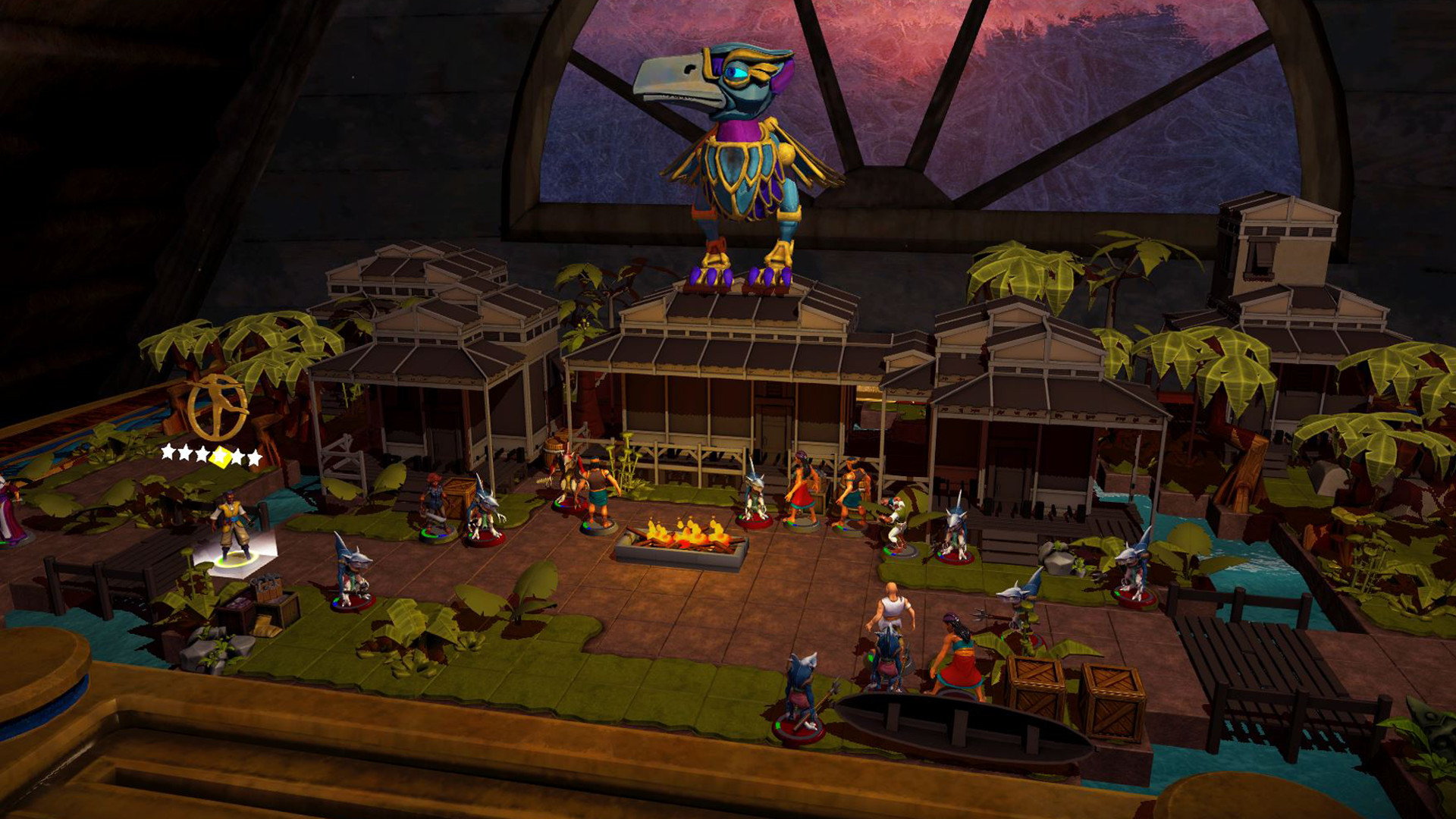 As mentioned above, you can talk to people, flee and destroy barriers as parts of the campaign, these are all controlled by a characters set charms. This is where the dice rolling comes into the game, you will need to decide which character is best for each event, you can decide this by looking at the icon for the event and matching it to your characters stats. This will give you a boost depending on their star rating, for example; if a character has three-stars on strength, putting them next to a barrier that needs destroying with a six-star rating, it will instantly grant you three-stars – leaving you to role a three with the dice to destroy that barrier. The events also come with a cost, as they will become an ability card, meaning it will use your diamonds up.

In order to view your game pieces and the enemies stats in the game, you can place them on the edge of the table and it will bring up all their stats – meaning you can decide on the best plan of attack and defence in each area.

My biggest issue with the gameplay, is that it does not come with a multiplayer mode, with even the couch co-op from the PlayStation VR not coming over with the port. Which is a shame as playing through the campaign with friends or with others online, with each of you controlling a game piece would have been a great feature of the game.

Visually the game is very charming with some nice choices in the game design. From the semi-animated games pieces as they talk and perform attacks, the stages growing out of the table in front of you and moving along and building at the same time. It all looks really nice and clear and colourful inside of the HMD, and really suits Table Top Gaming.

I am not sure if it is only me that feels that one part of the design choice seemed odd, and that was the design of your table master and the table itself. It seems a lot of the game resolves around sailing and pirates, but the bird and table design seemed a lot more Egyptian.

All the voice over in the game is done by the previously mention Bird, who acts as your dungeon master. As the story telling plays a big part in Table Top Gaming, it was essential they got the voice acting correct and to a great quality, and the team managed to do this, to the point it was award-winning. 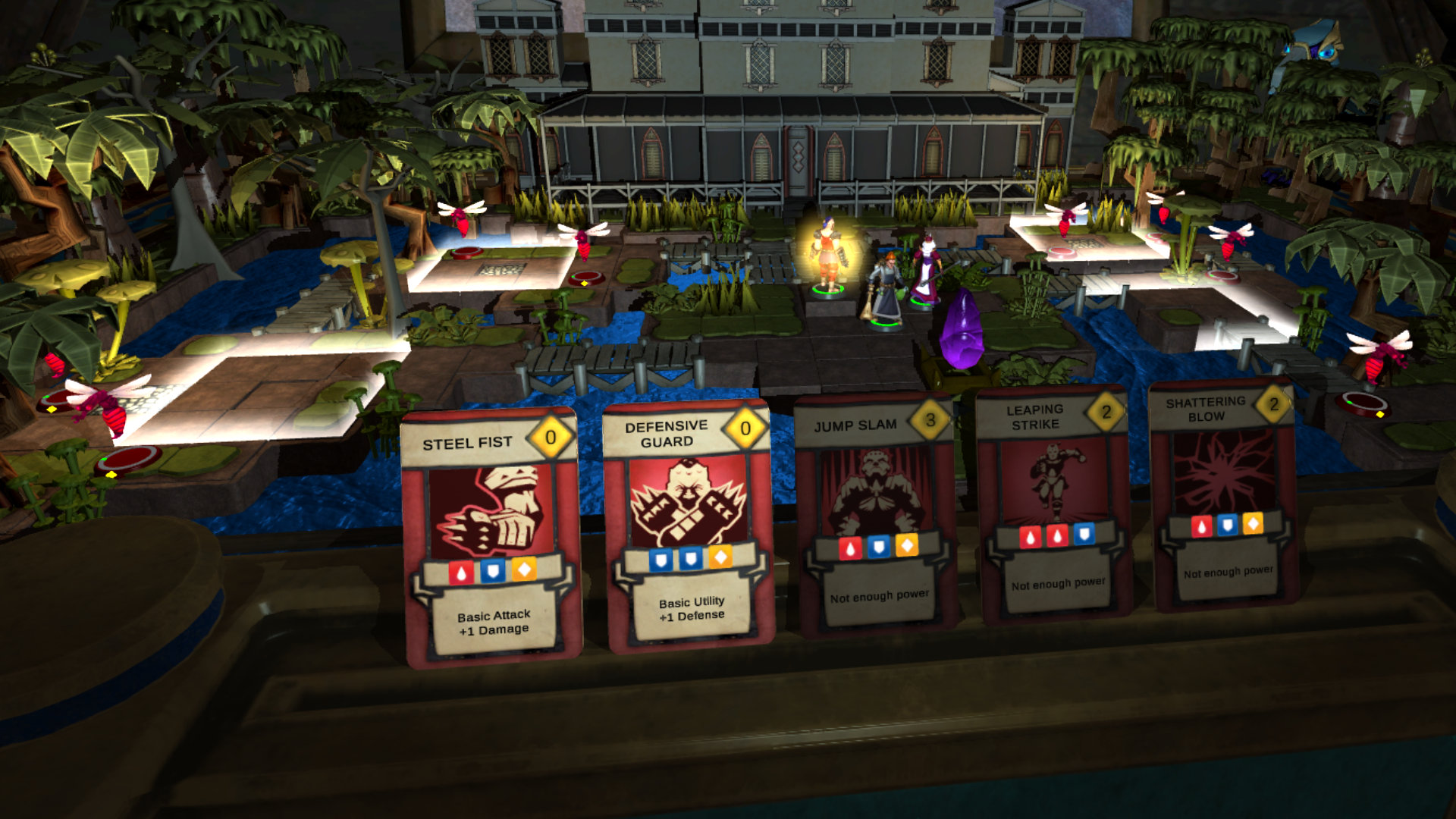 As with the presentation the story telling also comes with childish charm, on the few exception of the word bastard being included. This of course leads to some terrible jokes, that just don’t land with the older audience. But, this does not detract from older players and Table Top Gamers being able to enjoy the game.

With how the game plays, you can play it either standing or seated – but I found I spent the majority of my time in the game seated. With no movement being needed by the player, the game really is comfortable for anyone never mind their current exposure to VR.

When it comes to the controls, they are really simple to use, all you use is the trackpad on the controller to extend the orb away from the in-game stick in your hand, to give you more reach if required. Then the trigger to pick up the game pieces and place the cards. This again with the comfort makes it really easy for anyone to pick up and play.

Now, I do normally play with a mix of Index Controllers with the Vive HMD, but it was not possible with this game. Where the control mappings are in the controls menu and the game picks them up fine, unfortunately they are pointing backwards towards you rather than the table. So, at the point of this review they are unusable in the game.

One playthrough of the campaign takes around two to three hours, but the game offsets this playtime by giving you reasons to play through it again. The main reason is that you have to leave one member of the group behind at the beginning, so you will likely want to play it again to test out that class and find out their back-story. Then with the multiple routes or choices to fight or flee, you can try the different ways of completing some areas. But, you have to manage to feel the need to do this in single player, with the aforementioned lack of multiplayer in this release of the game.

Table of Tales: The Crooked Crown making it’s way PCVR will certainly please some, with VR and Table Top RPG’s go so well together. With the gameplay element being handled well in a game that is full of charm and some great design choices – like the worlds building out of the tables in front you never ceasing to amaze. Add to this the games comfort and easy to manage control system, and you can really put anyone into VR and they will be able to understand and enjoy the game. But, with this in mind the combat really might be too simple for some more experienced table top gamers and the lack of multiplayer really seems like a massive missed opportunity.
Buy Table of Tales: The Crooked Crown
Paul Manton September 14, 2021 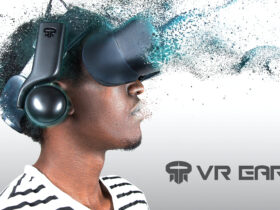