One thing everyone involved in VR knows is Vertigo Games is one of the standout developers in this medium. So I was really interested in seeing what the team would do when they announced A Fisherman’s Tale, a VR puzzle game and teamed up with InnerspaceVR to port it to the Quest. We have now played the Oculus Quest version of the game, so what did we make of it?

In the game you are placed into the strings of a puppet called Bob, who lives inside a model inside of a lighthouse and likes to make little models of everything around him. However, this is all I really want to disclose as A Fisherman’s Tale tells a really charming story, but this is one of the games main attractions, meaning I really don’t want to go into much detail about the story at all – you want to experience this for yourself.

As previously mentioned this is a puzzle game, but the team at Vertigo Games have done something really special which means the game will only show it’s true potential in VR.

The game will start out normal giving your some daily tasks like brushing your teeth, dusting around your model home and opening the window. However, this is where you get the surprise, you will open the window to see you, turn around look in the little model and you see you and both are mimicking your movements. Look directly up and you will see an infinite repeat of you model lighthouse – and this is why the game will only work in VR.

Taking this into account this is where the puzzles come in, and this system works great. The puzzles will all resolve around finding items, getting the smaller item or making items larger in your world. Where there really is only these three types of puzzles the team have made sure they are all done in different ways to keep it engaging for the player.

As with the story I really do not want say much about the puzzles, as these are fun to try and figure out yourself.

They have carried on all the charm of the story and gameplay in the presentation too, which keeps you immersed in what they have built. Everything even in the Quest version looks nice and clear with the visual aspect. The team have then added some lovely little touches that makes the presentation work so well. The first one being, everything in your world feeling like you are in the model and the stand out one to me being your hands have strings attached to them – given you are a puppet. It’s little touches like this that makes a VR game so a massive kudos to Vertigo Games. 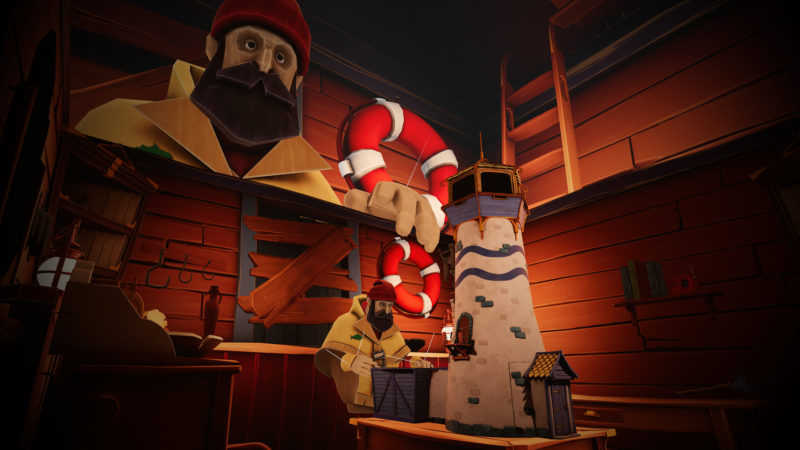 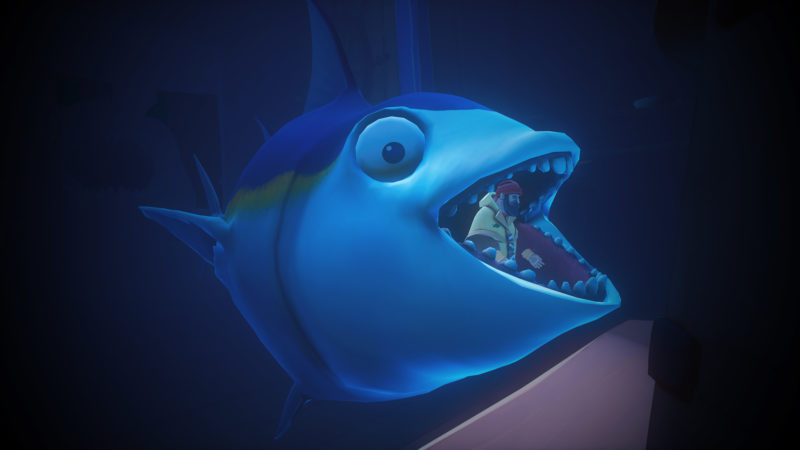 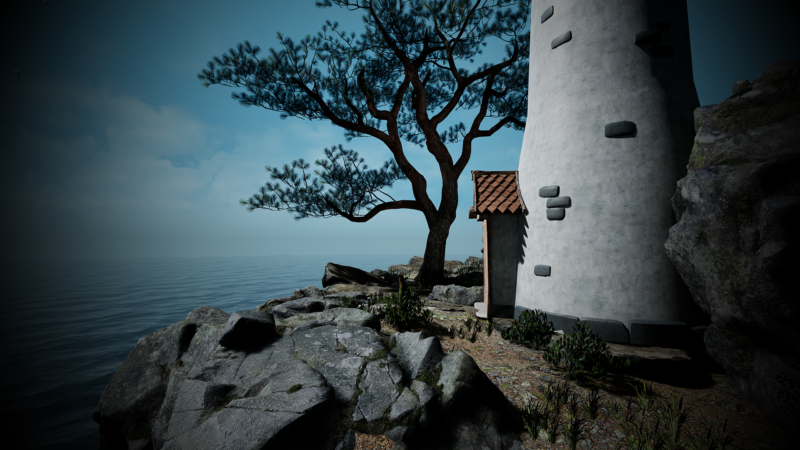 When it comes to the audio design, you will get the some light background music, some fantastic voice acting for all the characters in the game, all with accents that suit the setting of game. Again a little touch that allows the titles charm to shine through.

The team have given players the option of playing standing or seated, we tested both options and found we preferred it seated in this game. When it comes to the movement type the team have gone with teleport and snap turning, making it a comfortable experience for everyone. Where I am normally like games to offer full locomotion and smooth turning, I really found it worked for this title, given you are a puppet.

When it comes to controls all you will be using is the analogues for your movement and the grab buttons to interact with the objects. This is really all the game needs to excel though, and allow you to live out the charm of what the team has built with no distractions.

This really is the only issue we have found with A Fisherman’s Tale, it does not take long to complete at all. The game took me just over an hour to complete, and with all the charm of the puzzles and story being played out, I really cannot see any reason to return for another playthrough. However, this will be a title I use when introducing people to what VR can do.

A Fisherman’s Tale is full of charm from the story, gameplay and presentation making this a VR experience that is impossible to forget – and has me questioning why I have only just played it. The little touches and unique approach to how the puzzles work, shows the understanding of VR the team at Vertigo Games has. With the only real downfall being the length, it’s over way too quickly with all the charm you really want more. But, in short If you haven’t played it on PC or Quest make sure to do it as soon as you can.